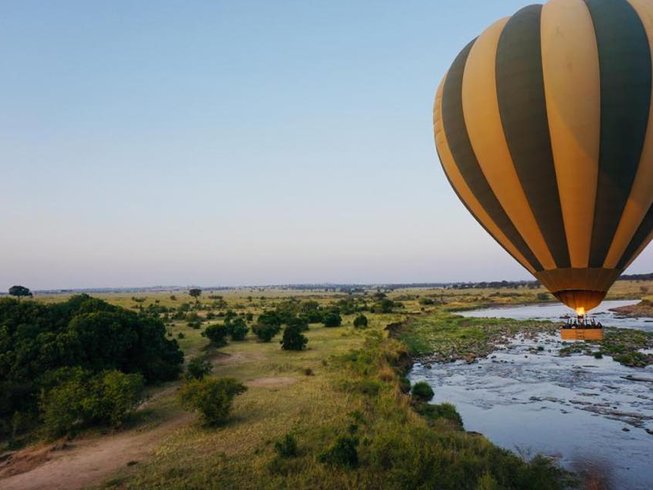 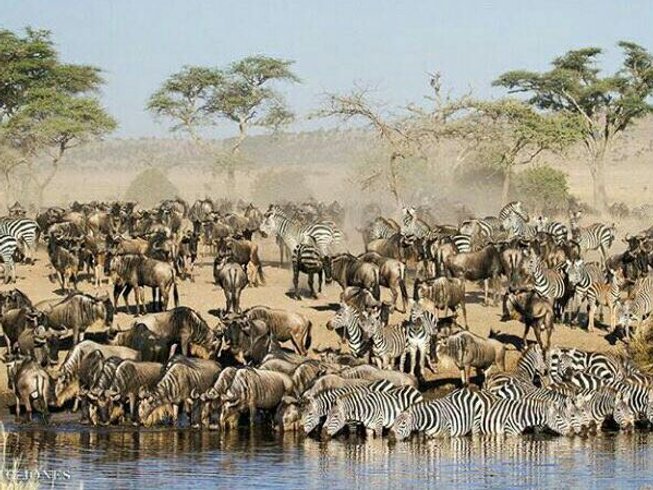 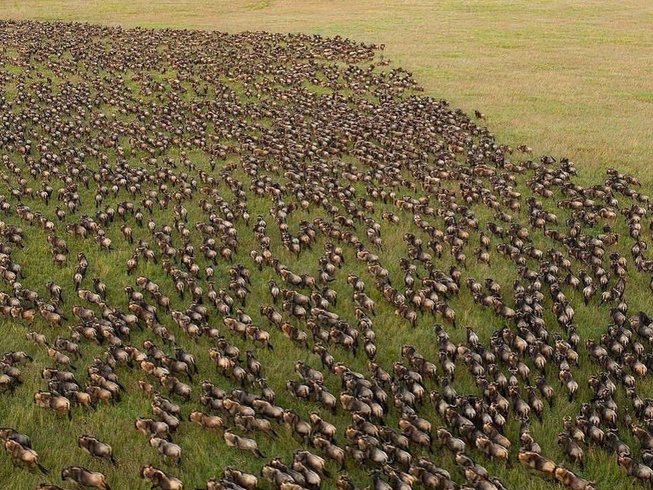 Login to save to your favorites
“Have an unforgettable safari experience! ”
​
Photo
all media

Tanzania is the best African safari country as rated by travelers who have experienced wildlife safari tours in Tanzania. This Tanzania safari is a travel package designed to visit the national parks of Serengeti and Lake Manyara and the Ngorongoro Crater. During this wildlife safari tour, travelers will see all the impressive big five of Africa. Safari lodges, luxury tented camps, are offered in this safari. If you would be interested in other options please send an inquiry.

You will be accommodated in various lodges and campsites as follows:

Octagon Lodge is a small and private lodge located twenty minutes from the Ngorongoro Conservation Area Gate in Karatu, Tanzania. Ideal for visitors on a trip, it is situated amidst colorful and exotic gardens and provides a perfect base for visiting the Northern Parks of Tarangire, Lake Manyara, Ngorongoro Crater and Serengeti.

Gnu Ndutu Camp is within the area of Ndutu Lake and Lake Masek. It has 8 tents including family rooms.

After breakfast, you will be picked up from The Charity Hotel in Arusha, and go on a 130 kilometers tarmac road with a lunch box to Lake Manyara National Park for afternoon game drives. Start the game by driving through an underground water forest. You will have a picnic lunch, dinner, and overnight at Octagon Luxury lodge.

You will have an early morning breakfast in Manyara, then drive to the great Serengeti National Park with lunch and game drives en route. During your afternoon you will go on a game drive in the park, then have dinner and overnight will be at Serengeti Heritage Tented Camp.

After breakfast, you will start the day with the morning game drives in Serengeti National Park marveling at the stunning scenery, ever changing light and always entertaining wildlife, all explained to you by your expert guide with option of picnic or hot lunch at 12:30 a.m. And after lunch you set off again for afternoon game drives that last till sunset time at 06:30 p.m. Then you head back to camp for dinner and overnight at Serengeti Heritage Camp.

Early in the morning before breakfast you leave the camp with the lunch box for a full game drive to explore the great migration in the southern Serengeti and northern Ngorongoro which is Ndutu Area. In the afternoon you stop to the bush for lunch, and after the lunch you continue the evening game drive until sunset time then you drive back to the lodge for dinner and overnight at Gnu Tented Lodge.

Early in the morning, before breakfast, you leave the camp with the lunch box for a full game drive to explore the great migration in the southern Serengeti and northern Ngorongoro which is Ndutu Area. In the afternoon you stop to the bush for lunch, and after the lunch you continue the evening game drive until sunset time then you drive back to the lodge for dinner and overnight at Serengeti Heritage Camp

Wake up early in the morning for breakfast and then descend into the crater floor for a game drive. All the big five (rhino, lion, buffalo, and elephant) live in this wonderful caldera. Others that live here are zebra, hippo, wildebeest, hyena, and more. Birds include flamingos on the Soda lake, geese, storks, vultures, and more. Your lunch will be served in the picnic site in the Crater at Ngoitoktok swamp, a Hippo pool. After lunch, drive back to Arusha.

Mr David Maro is CEO and founder of Kili Slope Tours And Safaris Ltd. Mr David Maro Is a very experienced driver-guide have been in the business for more than 15 years. He worked with various tour companies before Open the kili slope tours and safaris and has guided through nearly all of the National Park Circuits in Tanzania. Fluent in Swahili, and English, David is highly knowledgeable on birds, and general flora and fauna and offers a wealth of knowledge from his years of experience

This safari takes place in Tanzania and is focusing on exploring the great migration areas such as Lake Manyara National park, Serengeti National Park, Ndutu Area - which is composed from southern Serengeti and northern Ngorongoro, and Ngorongoro Crater.

Serengeti National Park, Tanzania's oldest and most popular national park, is a World Heritage Site which has been recently proclaimed as the 7th worldwide wonder. It is famed for its annual migration, when about 6 million hooves pound the open plains, as more than 200,000 zebras and 300,000 Thomson's gazelle join the wildebeest’s trek for fresh grazing. Yet, even when the migration is quiet, the Serengeti National Park offers the most scintillating game-viewing in Africa with its great herds of buffalo, smaller groups of elephant and giraffe, and thousands of elands, topis, kongonis, impalas, and Grant’s gazelles.

Ngorongoro Crater is a large volcanic caldera which hosts an advanced ecosystem perfect for the inhabitation and preservation of a wide variety of animals, from the king of the jungle, the lion, to the horned beast, the rhino. The crater, which has a land area size of around 8,288 square kilometers, was originally established as a national park in 1959.

In 1979, the park received a title as a World Heritage Site, ensuring that the uniqueness of Ngorongoro remains protected and preserved. The Ngorongoro Crater is an amazing place to visit and enjoy a vast landscape from heights that stretch widely. The bottom of the crater floor is actually the remaining of a collapsed volcanic caldera.

The walls surrounding the crater floor are around 2,000 feet height and serve as the perfect way to preserve the wildlife inside. Some of the wildlife you can expect to see at the Ngorongoro Crater include the Big 5, consisting of rhino, elephant, buffalo, lion, and leopard. You can also see hyenas as they hang around the large watering hole, planning an attack on an unsuspecting flamingo.

The crater also serves a great location for bird spotters with many different types inhabiting the park, namely the kori bustard and the black kite which exist in larger populations than at other parks within the north of Tanzania. Not only the wildlife and scenery attract many tourists to the crater each year, as equally interesting are the fossils that have been found in Olduvai Gorge which remains one of the most vital prehistoric landmarks, with archaeologists estimating some fossilized remains of hominid species to be over three million years old.

If you are planning a Tanzania safari of the northern circuit, then this park is a must-add to your itinerary. The Ngorongoro Crater is preferable to the most famous park in the world, the Serengeti National Park.

Upon booking with Kili Slope Tours And Safaris Ltd, please indicate any dietary preference or restriction or any specific request you might have such as vegan and vegetarian diets. They will then provide that information in advance to all the hotels.

Please book your flight to arrive at Kilimanjaro International Airport (JRO) or Arusha Airport (ARK). Transfers are included in the price. Kili Slopes and Tours will pick you up from the airport.