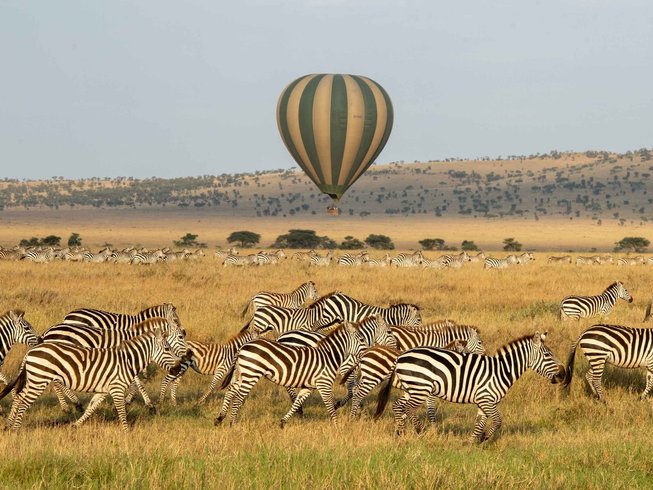 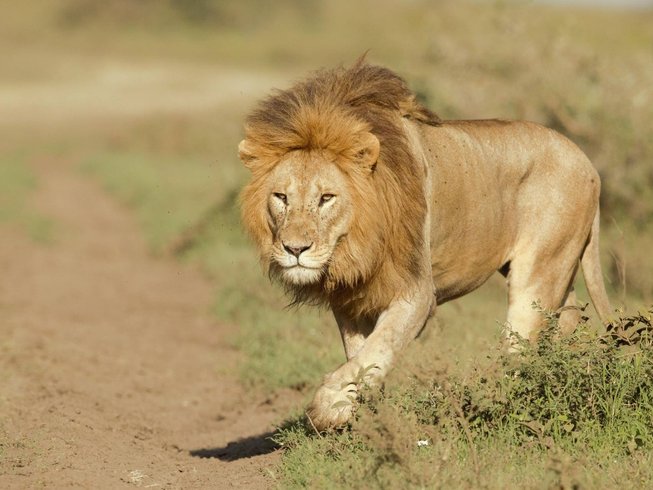 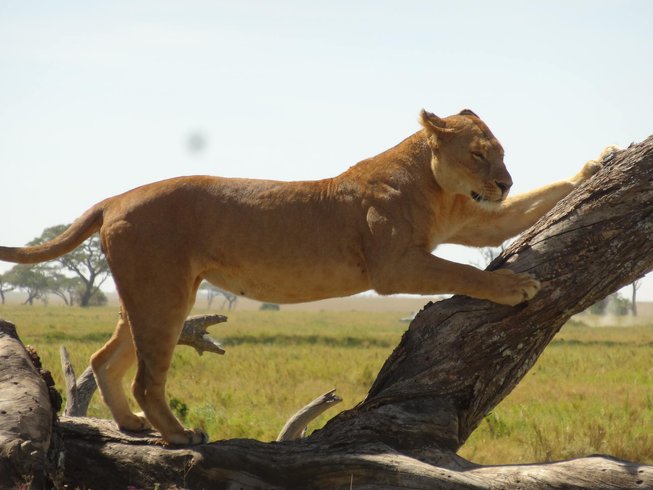 Tanzania is the best African country as rated by travelers who have experienced wildlife safari tours in this country. This Tanzania safari is a travel package designed for visiting the national parks of Tarangire, Lake Manyara, and Serengeti, and the Ngorongoro Crater. During this wildlife safari tour, travelers will see all the impressive big five of Africa, and there is also the possibility to witness the great migration.

This accommodation is ideal for guests travelling for leisure with family. The property features en-suite rooms, all fitted with comfortable beds and bedding, mosquito net, and a desk. All rooms are simply decorated and large enough to be comfortable.

The on-site restaurant offers a variety of cuisines including continental. The lodge has spacious parking facility features and an outdoor swimming pool flanked by sun loungers.

Kisura Tented Camp, overlooking the magnificent savanna plains of the Serengeti National Park, is the absolute jewel in the crown. This intimate safari camp of just 10 luxury tents offers premium tented accommodation with first class service. Here is the perfect base for you to indulge in your passion for wildlife without missing out on your home comforts.

The tents are fully furnished and equipped with hot showers, separate toilets, four poster beds, sitting areas, and spectacular views. Starting your morning refreshed, following a great night’s sleep in one of the comfortable beds, will make all the difference to your daily safari experience.

There are 24 guest rooms, all with a veranda overlooking a stretch of high mountain forest. Each room has its own shower, toilet, and hand basin.

To keep away the cold, each room has a wood-burning stove, and hot water bottles can be filled, if you want one. In the bar / dining room, there are two large fires which are a natural focus where the guests like to meet and exchange stories of the day.

During this time, thousands of animals - wildebeest, buffaloes, and Oryxes - migrate from the dry Maasai plains to the Tarangire River, looking for water. Lions, leopards, and other predators follow the herds. Tarangire is home to over 500 varieties of birds. Have lunch and take a late afternoon game viewing and drive to the lodge for dinner and overnight at Njake Lodge.

After breakfast, you will be driven on a tarmac road with a lunch box to Lake Manyara National Park for afternoon game drives. Start the game drive through an underground water forest. You will have a picnic lunch. Dinner and overnight will be at Njake Lodge.

Today, you will have a full-day game drive in the Serengeti. Follow the great migration in the western area, with the greatest concentration of large mammals on Earth. Non-migratory species include large prides of lions, solitary leopards, cheetahs, and graceful impalas.

The landscape is characterized by vast stretches of open plains, punctuated by kopjes, rock formations that have survived from the pre-Cambrian period, and open woodlands. After a sumptuous dinner, relax by the camp fire, under a canopy of stars, at Serengeti Kisura Tented Camp.

Wake up early in the morning for breakfast and then descend onto the crater floor for game drives. All the big five (rhino, lion, leopard, buffalo, and elephant) live in this wonderful caldera. Other animals that live here are zebras, hippos, wildebeest, hyenas, and more.

Birds include flamingos on the Soda Lake, geese, storks, vultures, and more. Your lunch will be served at the picnic site in the crater, at Ngoitoktok Swamp, a hippo pool. After lunch, drive back to Arusha.

The Ngorongoro Crater was once a gigantic volcano. It is the largest intact caldera in the world. The Ngorongoro crater is a deep, volcanic caldera a breathtaking natural wonder. Before it erupted, it would have been higher than Mt Kilimanjaro.

Today, long since having collapsed and eroded, it is an extensive highland area with 600 meters deep Ngorongoro Crater. Nearly three million years old, the ancient caldera shelters one of the most beautiful wildlife havens on earth.

Serengeti is the most ancient and immensely famous park. Serengeti is hugely known for its annual migration. You can witness around six million hooves keep on hitting the open plains. There are also sights such as 300,000 Thomson’s gazelle, 200,000 zebra coming together along with the wildebeests' trek to feed on grassland.

It is really hard to confine the attractions of Serengeti to migration alone. Enjoy sparkling game-viewing experience in Africa, Serengeti national park tours is the place to go. There are numerous Grants gazelle, impala, kongoni, topi, elands, giraffes, small groups of elephants, large herds of buffalo and many more.

Tarangire National Park is the sixth-largest national park in Tanzania. The national park is at Manyara Region. The name originates from Tarangire river that crosses in the park. The only source of water for wild animals during dry seasons.

Dry season animals migrate to Tarangire National Park from Manyara National Park. The landscape and vegetation are incredibly diverse with a mix that is not found anywhere else in the northern parks. The hilly landscape has vast numbers of Baobab trees, dense bush and high grasses.

During the safari, you will be provided with daily meals as mentioned in the itinerary. One and a half liters of water per day will also be offered.

Please book your flight to arrive at Kilimanjaro International Airport (JRO). Transfers from and to this airport are included. Kili Slope Tours and Safaris will pick you up from the airport.