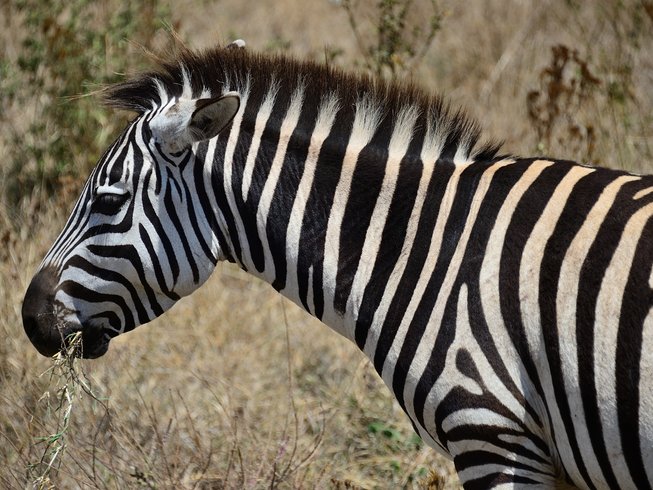 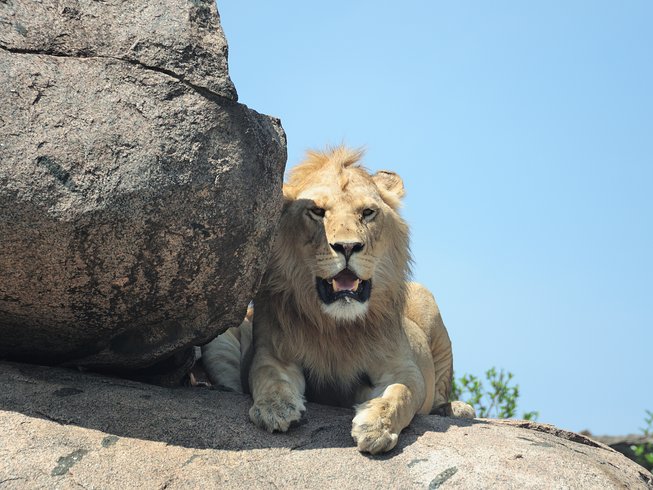 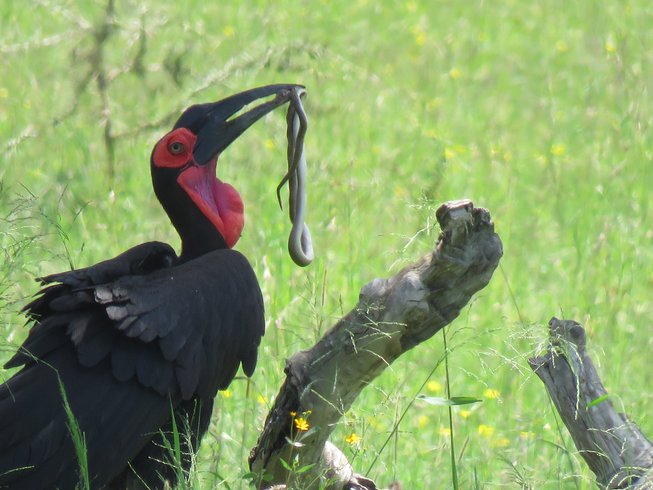 Login to save to your favorites
“Enjoy a great culture and wildlife safari! ”
​
Photo
all media

Tanzania is the best African safari country, as rated by travelers who have experienced wildlife safari tours in Tanzania. This 10 days Tanzania safari is a travel package designed to visit the national parks of Serengeti, Lake Manyara, Ngorongoro Crater, Tarangire, Lake Eyasi, and Lake Natron. In this wildlife safari tour, travelers will see all big 5 of Africa and experience wildebeest migration.

Pick up from your hotel in Arusha at around 07:30 a.m. and drive on a tarmac road 38 kilometres to Arusha National Park with packed lunch. Over 400 species recorded in such a small park is quite an impressive count. A combination of the forest reserve, the Momella Lakes and the Ngurdoto crater does the magic. A closer look at the birds can be arranged with a walking safari or canoeing. Momella Lake is one of the best places in Tanzania to see waterbirds, flamingo, pelican, little grebe, a variety of herons, ducks and waders are common. Also Hart lab, turaco, eagles, Lesser and Greater flamingos, porchards, geese, hammer Kop, red shark, spur winged goose, woodpecker, secretary bird, grey parrot. Other animals such as zebras, elephants, buffaloes, giraffes, water bucks, colobus monkey, vervet monkeys, baboons, and many others reside here. Dinner and overnight at The Charity Hotel.

After breakfast, starting safari from Arusha to Tarangire National Park. Tarangire National Park is famous for its dense wildlife population, which is most spectacular between June and September, the dry period. During this time thousands of animals - wildebeest, buffalo, and oryx migrate from the dry Maasai steeple to the Tarangire River looking for water. Lion, leopard and other predators follow the herds. Tarangire is home to over 500 varieties of birds. Have lunch and take a late afternoon game viewing and drive to the lodge for dinner and overnight at Tarangire campsite.

After breakfast, drive on a tarmac road 6 kilometers with a lunch box to Lake Manyara National Park for morning and afternoon game drives. Start the game drive through underground water forest, proceed to acacia woodland savanna open land, pass by hot water spring, and proceed to Lake Manyara. Lake Manyara is home for many flamingos and other water birds. The park is home to tree climbing lions, hippo, elephant, zebra, buffalo, giraffe, baboon, blue and velvet monkey, warthog, and more. About 350 species of birds have been recorded here. You will have a picnic lunch, dinner, and overnight at Lake Manyara campsite.

After early breakfast you leave for Serengeti National Park, driving through Ngorongoro conservation area, with option of visiting Olduvai Gorge (known as cradle of mankind the hominids dating 2 millions years back). The game drive takes you to the vast Serengeti plains home of the big game animals, the predators, great migration and the Nile crocodiles. At 06:30 p.m. when sunset happens you will drive for dinner and overnight at Seronera campsite.

After breakfast, you start a day with the morning game drives in Serengeti National Park marveling at the stunning scenery, ever changing light and always entertaining wildlife, all explained to you by your expert guide. You will have the option of picnic or hot lunch at 12:30 a.m. And after lunch you set off again for afternoon game drives that takes you till sunset at 06:30 p.m., when you will be driven to the camp for dinner and overnight at Seronera campsite.

Leave 6:00 a.m. from the camp in the morning just after breakfast, drive to the crater for another day of game drives highlights includes the rare spotted black rhino, big game animals, the stunning crater floor. Stop at the picnic site for lunch at 2:00 p.m. and after lunch make game en route to ascent the crater and drive to lake Eyasi and visit a bush man tribe. Arrive at 05:00 p.m. Take time to visiting lake Eyasi for sunset then drive back for dinner and overnight at Lake Eyasi camping site.

Early in the morning, before breakfast you leave the Camp and going to visit The Hadzabe - an original hunter-gatherer population of Africa. Get the history from the guide which is speaking the same language. After that, you visit another tribe called Taturu sometimes known as Mang'ati who still live in their traditional way. Then drive back to the camp for breakfast and lunch together later drive to Mto wa Mmbu area for overnight at Sunbright campsite.

After an early breakfast, drive to Lake Manyara area for a walking safari at Mto wa Mmbu village. Visit 120 Tanzanian tribes and learn how they can live together without conflict. Visit the factory of local brew and the farm of rice. After that you will finish with a visit to the Masai tribe. Then drive to Lake Natron for dinner and overnight at Lake Natron campsite.

Early in the morning before breakfast in the sunrise time you will enjoy the spectacular tour in the soda Lake of Natron and the beautiful waterfall flow from highlands toward the direction of Ngorongoro Conservation Area. Lake Natron is lying in a beautiful scenic area below the Rift Valley escarpment. Lake Natron has such a high concentration of sodium, that the water is often viscous to the touch. There is good game viewing and birding in this harsh landscape with dry country species such as gerenuk, lesser kudu, and oryx. Natron is also the only known breeding ground for East Africa's millions of lesser flamingos which cover the lake between August and November. After that you will drive back to the camp to have heavy brunch then drive back to Arusha.

Destinations in Tanzania are very popular and many tourists in the world also plan their vacations and holidays in Tanzania because of the quiet relaxed atmosphere .

The Serengeti National Park is the biggest attraction of Tanzania apart from the other national parks like Ngorongoro Crater, Tarangire Park, Lake Manyara, Ruaha, and Selous National Park. Mount Kilimanjaro provides some exotic eye-pleasure with its snow-capped peaks. Among one of the most extremely interesting islands in Tanzania, is the ‘Spice Island’ of Zanzibar. Located on the eastern coast of Tanzania, this island also has several historical ruins and palaces and is a vital heritage site. Since there are few islands in the country; there are some cool and serene beaches too, which have become major tourist destinations.

Apart from the natural attractions of Tanzania, there are several archeological and historical places too in the country. Some of the vital archeological sites include Laetoli, Palace of Husuni Kubwa, Engaruka and Kalambo Falls. Olduvai Gorge Museum is also a major tourist attraction in Tanzania. The Stone Town in Tanzania with its narrow meandering roads and vibrant markets has also fascinated tourists from across the globe. The Arusha Cultural Heritage Center and the Mafuta House has also developed as places of attraction in Tanzania.

Tanzania’s Northern Circuit is the most important point of interest for safaris and usually includes several parks in the North of the country: Tarangire National Park, Lake Manyara National Park, Ngorongoro Conservation Area and the famous Ngorongoro Crater, the Serengeti National Park and let us not forget the compact but enchanting Arusha National Park.

Included in the price you have daily breakfast, lunch, and dinner plus 1.5 liters of water or more. If you have special dietary requirements it's a good idea to communicate it to the organizer when making a reservation.