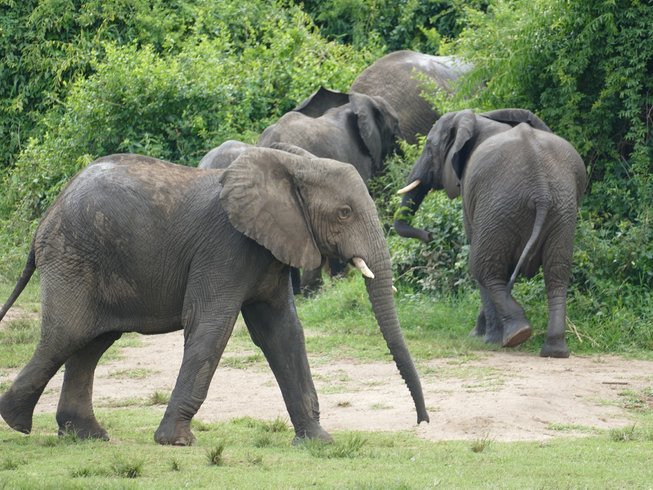 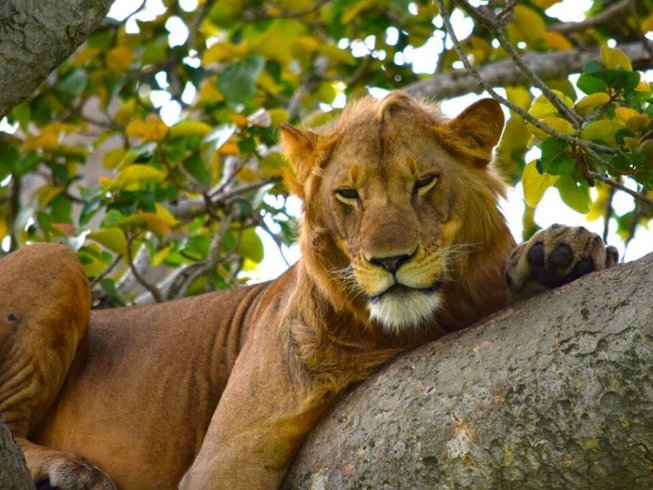 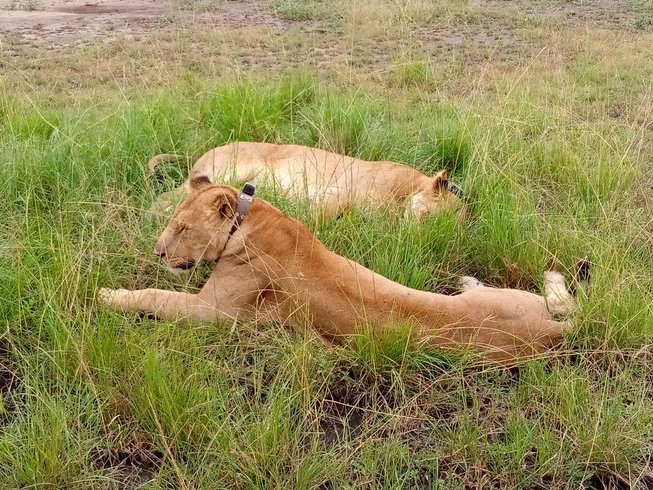 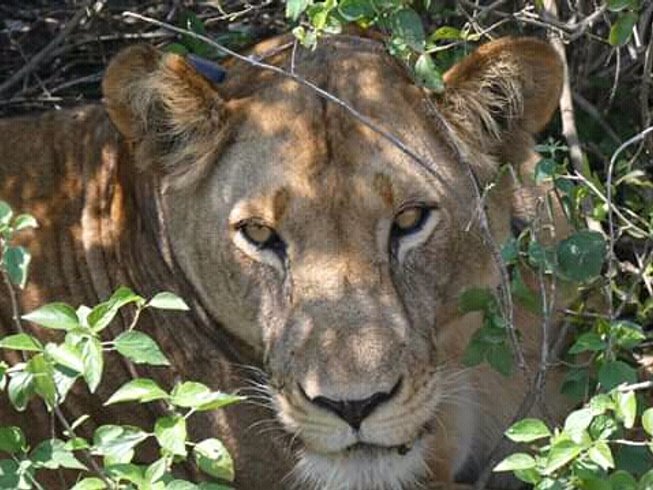 This listing has the most popular offer available in Uganda

This trip gives you an opportunity to experience and explore the beautiful medley of wonders in this most visited wildlife safari park in Uganda. Start the day the way nature intended at the crack of dawn to see the wild residents emerge for a drink from the bushy waterholes as the sun begins to rise over the iconic bush veld scenery. This trip engages all your senses when you combine it with the ultimate Gorilla Tracking experience in Bwindi as a highlight for the Best of Uganda Ultimate Primate safari.

Pick up from Kampala or Enbebbe International Airport (EBB) and drive to Queen Elizabeth National Park, with a stop over at Equator crossing point at Kayabwe and then proceed to Igongo Cultural Center in Mbarara for lunch. Later after lunch, drive through Bushenyi and enjoy beautiful view of tea plantations of south western Uganda to Queen Elizabeth National Park. Check in at the lodge in the evening.

After an early breakfast, drive to Kasenyi plains for a morning game drive which gives you the best African classic safari experience that engages all your senses with such a beautiful scenery of Rwenzori ranges and crater lakes. Animals expected to be sighted include buffaloes, elephants, Uganda Kobs, warthogs, water bucks, lions, baboons, and varieties of birds such as grey crown cranes and Southern Red bishop.

Drive back to the lodge for a warm lunch, afterwards drive to Mweya for the afternoon boat cruise along the Kazinga Channel for best of this unforgettable and memorable experience while on the boat for two hours cruise to Lake Edward where you will see local fishermen. This trip's highlights are elephants which come down to the banks to drink and swim, several school of hippopotamuses, crocodiles basking at the banks, and other animals like buffaloes, water bucks with varieties of water birds such as Great Cormorant, Pied Kingfisher, African Fish Eagle, and more.

Drive to Bwindi Impenetrable National Park with a stop over for lunch en-route at a selected restaurant, Driving on these snake roads of Kigezi Region is another great experience and check in at the lodge in the evening as you relax after this long drive.

After an early breakfast, drive to the gorilla tracking briefing point along with your packed lunch. After briefing, set off to meet the beautiful giants in the forest enjoy the time with these closest giants to human. After tracking, drive back to the lodge and have your time and relax as you enjoy the perfect view of Bwindi Impenetrable Forest. Enjoy the balcony view of the forest from your room or on your private patio just outside at the shade besides the restaurant and the bar.

Day 5: Drive back to Kampala

This safari tour will take you from Kampala to Queen Elizabeth National Park, Kazinga Channel, and Bwindi Impenetrable Forest National Park in Uganda.

The variety of habitats which support the wildlife with a number of mammal species counting to over 95 than other national parks. The park also has over 600 bird species from different parts of the park. When you visit the national park, you expect to see a number of wildlife like hippos, lions, elephants, and many others.

Kasenyi Plains are open glasslands in Queen Elizabeth National Park’s primary game drive viewing area, with the herds of Uganda kobs that attract a number of lions but the predator sightings can be guaranteed by signing up for a tour. The lions are mostly attracted to Kasenyi Plains by the Uganda kobs and this makes them to always allocate the place for prey.

The boat cruise at Kazinga Channel gives you the most relaxing moments as you enjoy the wildlife safari in Queen Elizabeth National Park. The banks of the channel are crammed with the hippos and water birds, fish eagles, elephants, and more. You may also see them in your binoculars at the ready and enjoy the incredible spectacle in wilderness.

Bwindi Impenetrable Forest National Park and is best known for its Mountain Gorilla populations and gorilla tracking and not only this but it is also one of the best birding destinations in Uganda with a number of bird species. Amongst the numerous possibilities are no fewer than 23 of Uganda’s 24 Albertine Rift endemics, including spectacular, globally threatened species such as Shelley’s Crimson Wing, and the African Green Broadbill.

Bwindi is one of the few national parks in Africa to have flourished throughout the last Ice Age and it is home to over half of the world’s mountain gorillas. Though it is best known for its outstanding gorilla tracking, it also provides refuge to elephant, chimpanzee, monkeys, and a number of small antelope and bird species. The biodiversity is supported by the fact that Bwindi is extremely old and also its slopes extend over a broad altitudinal range of 1447 meters above sea level.

During this safari, you will be provided with daily breakfast, lunch, dinner, and drinks.

Please book your flight to arrive at Entebbe International Airport (EBB). Transfer from and to the airport is included in the price. Kenlink Tours and Travel will pick you up and drop you off at the airport.