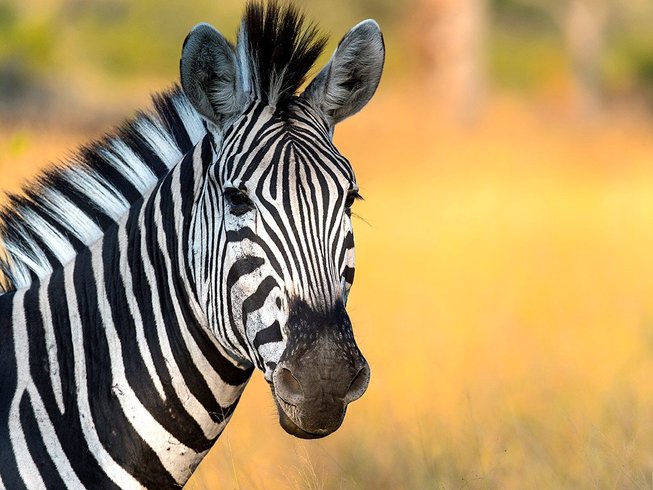 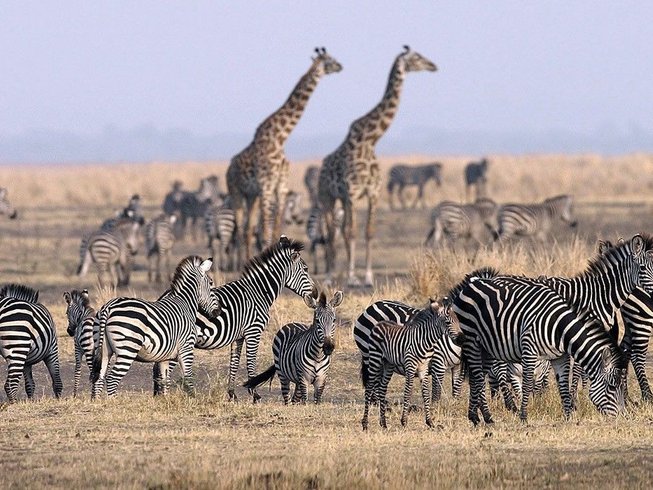 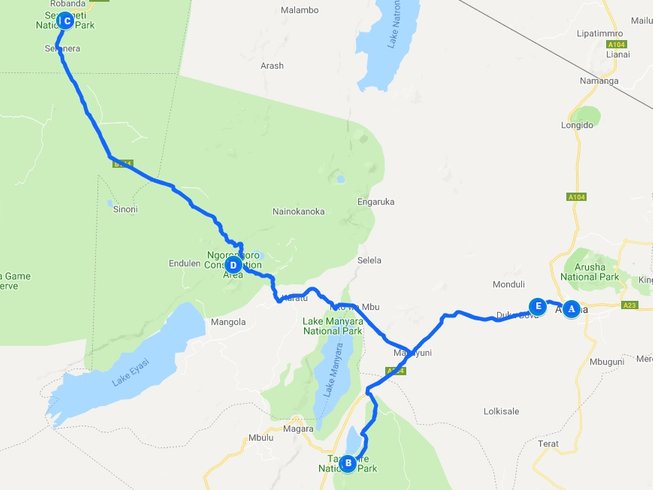 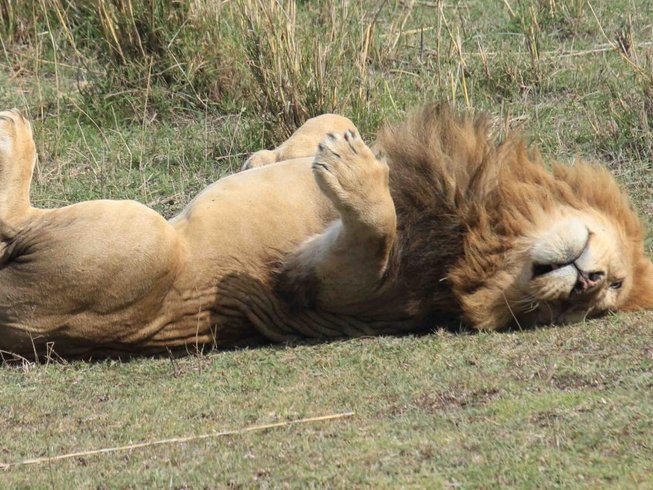 This five-day Tanzanian safari starts and ends in Arusha, the base town for all the safaris Karibu Tanzania Safaris offer in the Northern Tanzania Safari Circuit. On this safari, you will visit famous parks like Tarangire, the Ngorongoro Crater, and the endless plains of the Serengeti National Park.

During the safari, you will be accommodated at various lodges or hotels, as follows:

You will be picked up from your hotel in Arusha or at the airport at 8:30 a.m. and drive on a tarmac road for 120 kilometers to Tarangire National Park (2,850 square kilometers) for game drives. The park is the greatest concentration of wildlife outside the Serengeti ecosystem. The swamps, tinged green year round, are the focus for 550 bird varieties, the biggest number of breeding species in one habitat anywhere in the world.

After lunch, continue with an afternoon game drive in the park, home to lions, leopards, elephants, buffaloes, pythons, zebras, oryxes, impalas, and more. On drier ground, you will find the Kori bustard, the heaviest flying bird, the stocking-thigh ostrich, the world’s largest bird, and small parties of ground hornbills blustering like turkeys.

More ardent bird-lovers might keep an eye open for screeching flocks of the dazzlingly colorful yellow-collared lovebird and the somewhat drabber Rufus-tailed weaver and ashy starling.

After the breakfast plates have been cleared out, you will continue toward the fertile highland where wheat, coffee, and corn are grown by the Iraqw people. Passing through the Ngorongoro Conservation Area, you will be able to see the breathtaking Ngorongoro Crater before traveling onward to Serengeti National Park, which you will reach by midday.

Serengeti National Park is the largest park in Tanzania, with a diversity of landscapes and habitats such as grassy plains, swamps, lakes, savanna, and mountains. Here, the biggest wildebeest and zebra migration takes place and, depending on season, you will have the opportunity to witness thousands of animals on their search for nourishment.

Today, you will explore Serengeti National Park. Your guide will take you closer to where the migrating herds are to be found. During the short rainy season in November and December, the herds make their way from the hills in the north to the plains of the south, returning north during the longer rainy season from April to June.

Their exact location differs yearly as they migrate according to the rainfalls, but your guide will know where you will be able to see them best. Lurking close by you might even spot some leopards, cheetahs, and lions. After an eventful day, you will return to your accommodation.

Early morning you will set out on another game drive in the Serengeti before continuing towards the Ngorongoro Crater. Soon, the 600 meters deep unbroken caldera will open up before you and you will have a moment to take in the fantastic, awe-inspiring views of the collapsed volcano.

Your hotel lies directly on the crater’s edge, offering a once in a lifetime view as the sun slowly sets over the crater. Nestled in your tent, thinking about the adventure the next morning brings, you will drift off to sleep.

Early in the morning, you will head down the forested slopes into the crater on a steep and narrow path. The crater floor is covered in open grassland with the occasional acacia tree and two small wooded areas. Teaming with wildlife, you will be able to see many animals in a short period of time and might even be able to tick the big five - lion, elephant, buffalo, rhino, and leopard - off your list.

Other animals present in the crater area include wildebeest, zebras, gazelles, warthogs, hippos, and more than 500 species of birds. You will spend the entire morning exploring the park and, after a picnic lunch in the crater, you will return to Arusha where you will arrive by early evening and be dropped off to the airport for home departure.

During your stay, you will be provided with breakfast, lunch, and dinner, as well as mineral water.

Please book your flight to arrive at Kilimanjaro International Airport (JRO) or Arusha Airport (ARK). Transfers from and to these airports are available at the extra cost of 50 USD.