3 Days Jungle Safari in Chitwan National Park, Nepal
This listing has no upcoming availability. Check out these similar experiences 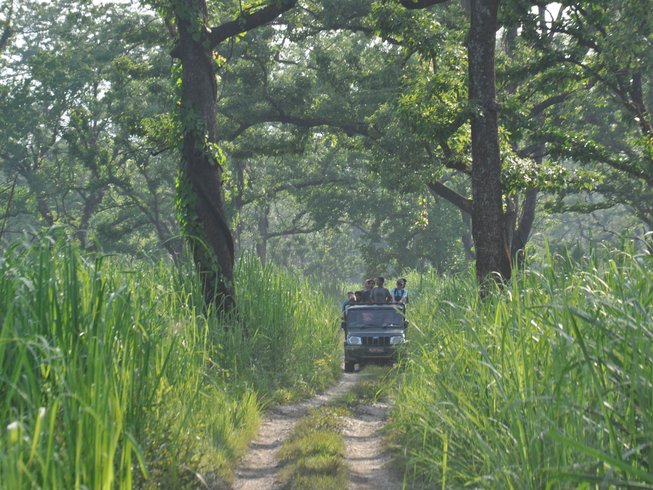 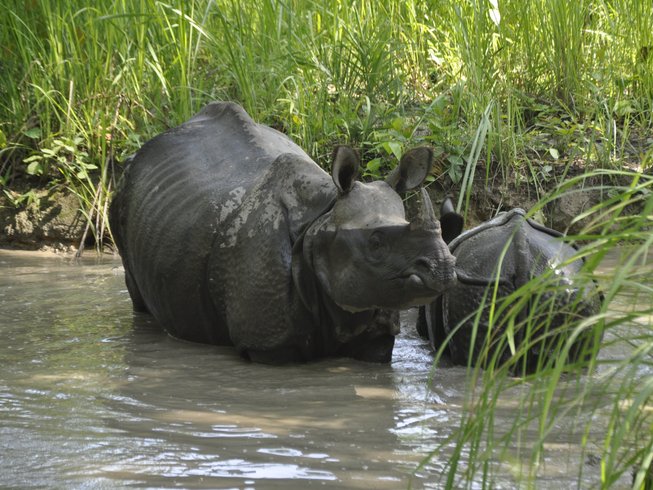 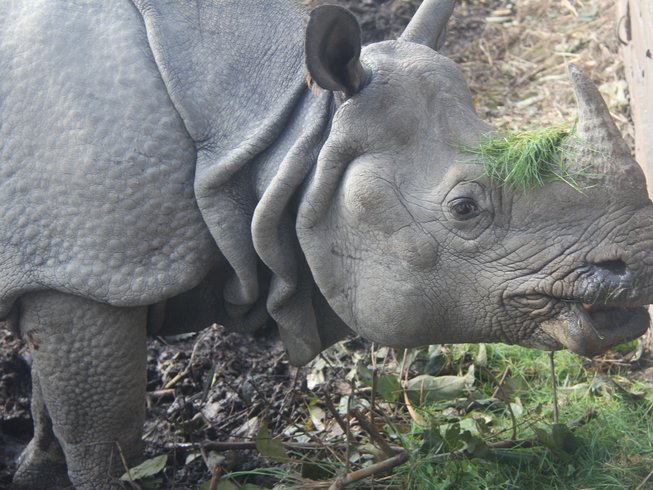 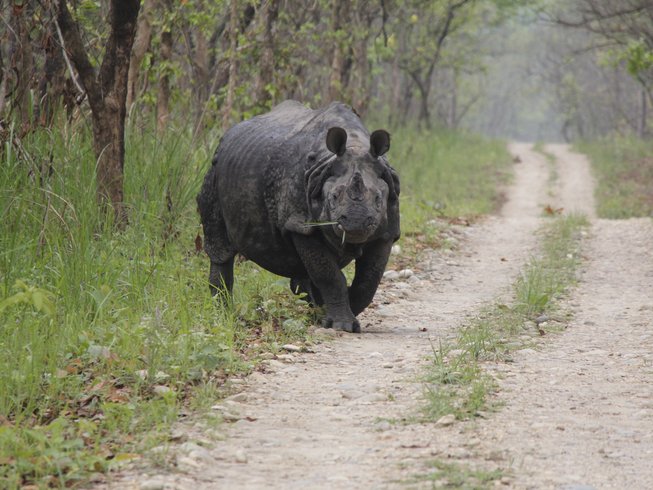 Have you dreamed about sleeping inside a jungle? Jungle Safari Resort will make your dream come true. Birds chirping, dears grazing, rhino galloping, and tigers roaring are the basis things you can expect during your stay. Chitwan National Park ,a park which is a habitat to more then 600 species of animals and birds is known as one of the most beautiful reservations in the world.

They have both cottage rooms and building rooms which both are provided with the same standards. In the resort you will have a nice porch, where in the hotel you will have a balcony.

Room with air-conditioning and modern mattress are in the building block, surrounded by the gardens.

The deluxe cottage are two rooms per block cottage, facing garden. It has its own private entrance and veranda where you can enjoy your breakfast, lunch, and dinner.

This is Jungle Safari Resort's special room where you can enjoy your stay, cook your own food, and enjoy your food on your own balcony.

For differently abled guests, Jungle Safari Resort has created a room which are accessible by wheel chairs, large bathrooms with convenient space for them.

The jungle tower is a wooden tower built inside the jungle. It is well-maintained and has bedrooms, toilets, and lights. It is a place where one can enjoy amazing jungle experience.

The tower is built at the edge of river in the forest, and is powered by solar panel. It is located in the corridor forest where there is good animal movement. Staying at the jungle tower is one of the amazing ways to gain experience of sleeping inside the park.

On your arrival, Jungle Safari Resort's staff will receive you. You will then be transferred to the resort where you will be offered refreshment and be given a briefing about the resort's facilities. After being given your program for the day, your room will then be allocated to you.

The name 'Chitwan' has several possible meanings, but the most literal translation of the two Nepali words that make it up: chit or chita (heart) and wan or ban (jungle). Chitwan is thus 'the heart of the jungle'.

At the beginning of the nineteenth century, cultivation in the valley was deliberately prohibited by the government of Nepal in order to maintain a barrier of disease-ridden forests as a defense against the invasion of diseases from the south.

Then for the century between 1846 and 1950, when the Rana prime ministers were de facto rulers of Nepal, Chitwan was declared a private hunting reserve, maintained exclusively for the privileged classes. Penalties for poaching were severe - capital punishment for killing rhino - and the wildlife in the area thus received a measure of protection.

From time to time, great hunts for rhino were held during the cool, mosquito-free winter months from December to February. The Ranas invited royalty from Europe and the Princely States of India, as well as other foreign dignitaries, to take part in these grand maneuvers, which were organized on a magnificent scale, often with several hundred leopards.

At the time of its establishment, the park covered 210 square miles. After an extension in 1980, it now covers 620 square miles, and another enlargement, now proposed, and contains a wide variety of habitats, from the grassland and riverine forests of the valleys to the sal forest on the hills and the chir pine that grows along the ridges.

The park consists of a diversity of ecosystems-including the Churia hills, Ox-bow lakes, and the flood plains of the Rapti, Reu and Narayani Rivers. The Churia hills rise slowly towards the East from 150 meters to more than 800 meters.

The western portion of the Park is comprised of the lower but more rugged, Someshwor hill. The park shares its eastern boundary with the Parsa Wildlife Reserve.

The Chitwan Valley consists of tropical and subtropical forests. Sal forests cover 70 percent of the park. Sal leaves are used locally for plates in festivals and religious offerings.

Grasslands cover 20 percent of the park. There are more than 50 different types of grasses, including the elephant grass (Saccharum spp), renowned for its immense height. It can grow up to 8 meters in height.

During the tour, your daily breakfast, lunch, and dinner are included in the price. You will also be provided with mineral water, tea, and coffee. Jungle Safari Resort also serves vegetarian, non-vegetarian, and halal food (vegan food as per request).

Transfer available for additional US$150 per person

Transfer available for additional US$15 per person

The tourist coach bus is a 30-seater air-conditioned coach which departs from Thamel, Kathmandu at 6:30 a.m. daily. The drive is around five hours and will stop in three places for small breaks. The cost for the transportation ranges from 6 to 8 USD depending upon the quality of tourist coach.

Facebook Twitter Email Whatsapp
Organized by JUNGLE SAFARI RESORT
Jungle Safari Resort offers comfortable rooms in Chitwan National Park. In the resort, you will not be treated as a guest, but as a part of the Jungle Safari.
CHITWAN, Nepal
The organizer also speaks: Hindi, Nepali