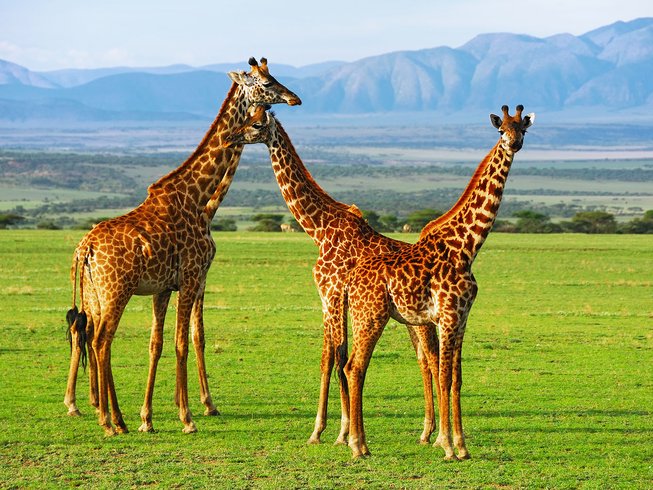 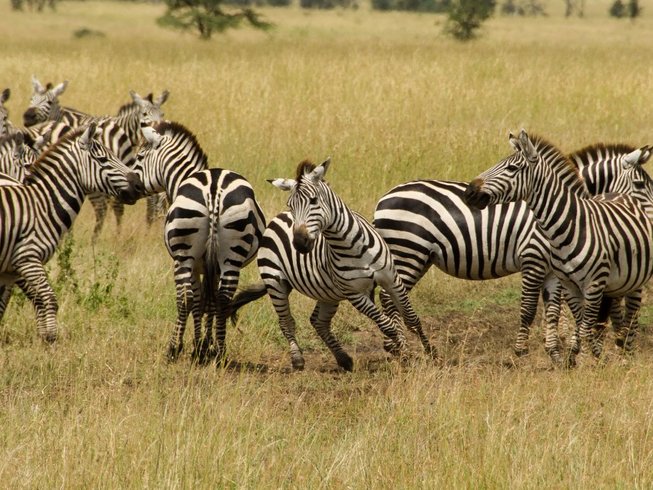 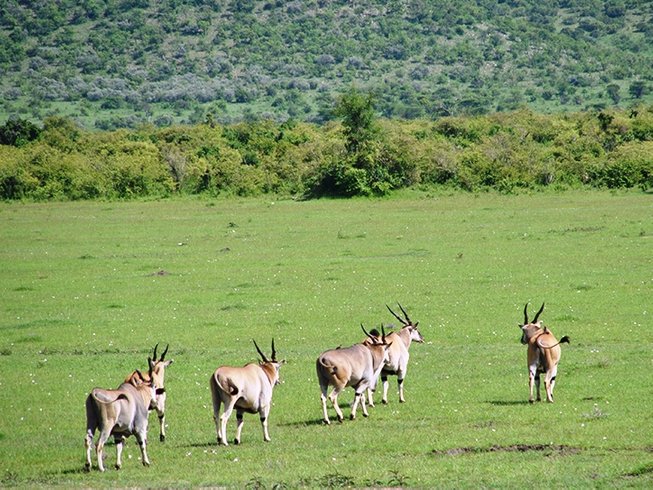 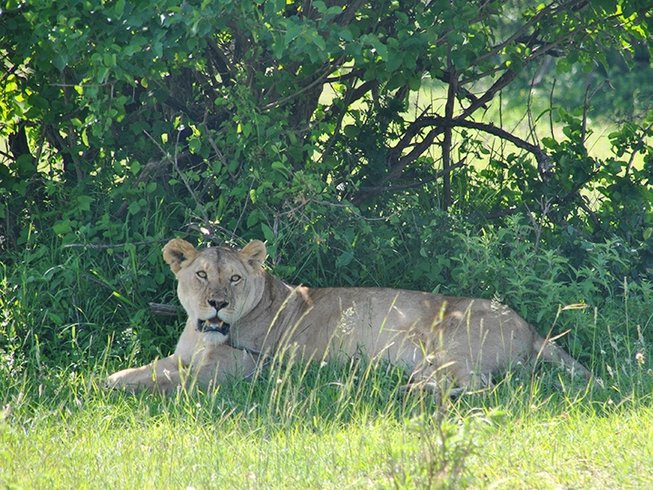 Login to save to your favorites
“Live the wonderful safari experience!”
​
Photo
all media

Come on this safari trip in Tanzania where you will be given the best service to let you create the best memories of your adventures. Take the opportunity to enjoy various activities with possible sightings of the Big Five, leopards, and many other types of animals. This tour will take you through Lake Manyara, Tarangire National Park, and Ngorongoro Crater. In this tour, you will have accommodations in rooms, not camping. Do not miss this amazing chance for a great experience in the wilds!

Accommodation in camps can be upgraded to midrange tented camps for a higher price. Please send an inquiry for more details.

Situated on the outskirts of the vibrant village of Mto Wa Mbu, you will experience the Jambo Lodge Hospitality in a quiet, natural environment. The Lodge also includes an outdoor pool. Guests can enjoy a drink at the on-site bar. There are lots of activities in the area, such as biking, canoeing, and hiking. Hippo Pool is 4 miles from Jambo lodge The sleeping bags and mattresses are provided.

After breakfast, the driver will drive you to Lake Manyara for a full day game drive in beautiful Lake Manyara National Park. You'll see buffalo, giraffe, zebra and many more species, all set against the stunning backdrop of the Great Rift Wall.Also you will visit Masai village and do cultural tour in Mto wa mbu village. Your dinner and overnight will be at Jambo Lodge .

After a relaxing morning and an early lunch, you will proceed to Ngorongoro. Your well professional and experienced driver will drive you all through Serengeti way to Ngorongoro Crater while explaining en-route wildlife and natural beauty of the Tanzania, where the night will be spent on the crater rim. Your dinner and overnight will be at Jambo lodge

After breakfast, you will be picked by your driver/guide and drive to Tarangire National Park. Tarangire is well known for its large elephant herds. From the open roof of the vehicle, you will experience the seasonal swamps, savanna, and Tarangire River in search of many animals including zebra, wildebeest, buffalo, elephant, and giraffe. It's possible that you will catch a glimpse of a lion stalking its prey or leopards watching and relaxing in the trees above. After a full day in the park, you will drive to Arusha for overnight in Arusha tourist inn hotel.

Jeff tours and safaris will drop you off at the airport.

This safari starts and ends in Arusha and will take you to several amazing places in Tanzania, including Lake Manyara National Park, Tarangire National Park, and Ngorongoro Crater.

Tarangire National Park is the sixth-largest national park in Tanzania. The national park is at Manyara Region. The name originates from Tarangire river that crosses in the park. The only source of water for wild animals during dry seasons. Dry season animals migrate to Tarangire National Park from Manyara National Park. The landscape and vegetation are incredibly diverse with a mix that is not found anywhere else in the northern parks. The hilly landscape has vast numbers of Baobab trees, dense bush and high grasses.

Please indicate any dietary preference or restriction or any specific request you might have such as vegan and vegetarian diets. They will then provide that information in advance to all the hotels.

You can book spa treatments (with an additional charge). The spa follows hygiene procedures as below:

Please book your flight to arrive at Kilimanjaro International Airport (JRO) or Arusha airport. Transfer from and to the airport is included. Jeff Tours & Safaris will pick you up from the airport.