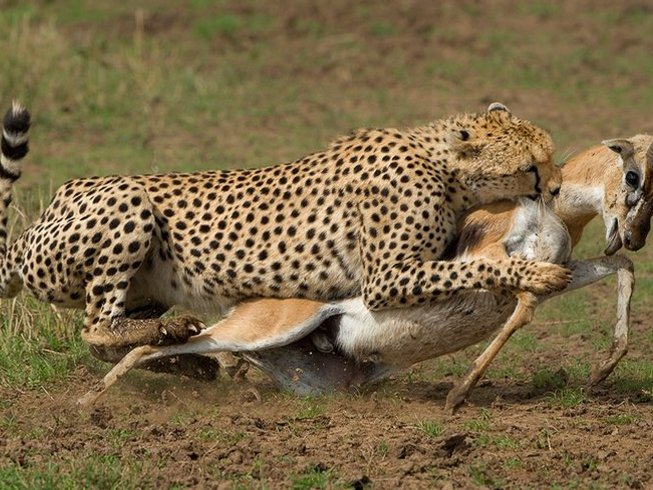 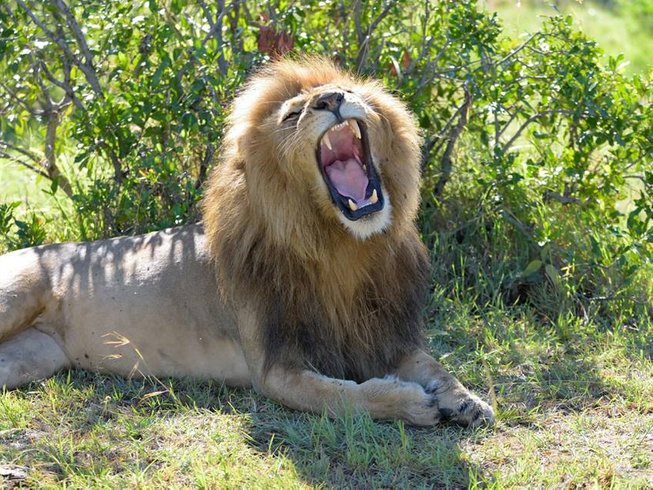 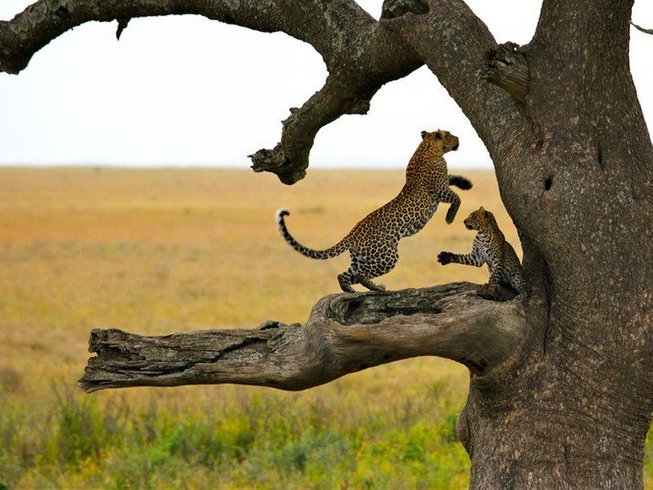 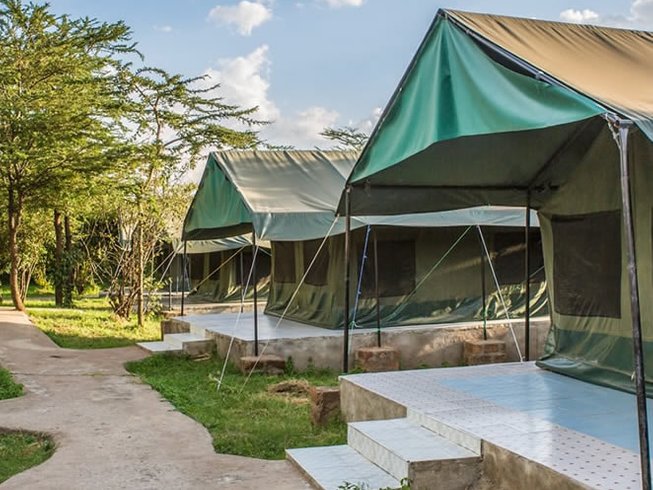 Login to save to your favorites
“Enjoy a short affordable Kenya safari!”
​
Photo
all media

Sharing and Budget Safari in Kenya

During this safari vacation, you will stay at permanent budget-tented camps that are self-contained and fitted with feature beds, showers, toiletries, and en-suite bathroom areas. The rooms are shared between two persons.

You will be picked up at your hotel / airport by Jamboree Africa Tours and Safaris’ representative. Departing from the capital of Kenya, Nairobi, you will be driven down the escarpment via the floor of the scenic Great Rift Valley. Lunch will be served in transit at a place known as Narok Town. Located near the Maasai Mara National Reserve, this safari camp is tucked away in the cool shade of indigenous trees, offering an escape from the African heat.

You’ll arrive at around 16:00 and then take your first thrilling game drive in the Maasai Mara National Reserve, one of East Africa's top safari destinations. At night, you can hear a chorus of different animal sounds as they communicate with each other in the darkness - more than enough reason to visit. Your dinner and overnight will be at the camp.

You will start a pre-breakfast game drive starting at 06:00. This is the best time to spot hunting by the big cats. At around 09:00, you’ll return back to your camp to take breakfast and prepare for your return to Nairobi. The safari will end at 16:00 and you’ll be dropped off at your hotel or the airport, marking an end to a memorable Kenyan safari with Jamboree Africa Tours and Safaris.

Maasai Mara National Reserve is an outstanding and one of Kenya's finest wildlife reserve with an abundant wildlife and birds. Between July and October, you can see the great wildebeest migration. Maasai Mara National Reserve is one of the best plains' game reserve where you can actually encounter a live Discovery Channel, a haven for viewing a congregation of all sorts of animals in a five-mile radius.

A pride of lions can be spotted ready to make a run for a gazelle, cheetah and its cub taking a nap on a rock, and a pair of ostriches walking the open stretches of the savannah. The Maasai Mara National Reserve is 1510 square kilometers of incredible wide-open landscapes and fertile riverine woodland following the looping meanders of the Mara and Talek Rivers in Kenya. One glimpse is enough to explain its appeal. It is a typical open savannah with a mass of amazing wildlife.

Moreover, Maasai Mara National Reserve remains the most exciting wildlife eco-system in the natural world. It is host to the highest and most varied concentration of wild animals than any other wildlife park in the region. The scenic appeal of the tree studded savannah plains, the moderate climate, and diversity of wild game species make it a one stop shop for game viewing activities.

Wherever you go in the vast of the Maasai Mara National Reserve, you will see a frequent amount of wildlife such as the Maasai's giraffes, baboons, warthogs, bat eared foxes, gray jackals, spotted hyenas, topis, impalas, hartebeests, and wildebeests. Elephants, buffaloes, zebras, and hippos are also found in great numbers. It is also common to see lions either basking after a heavy meal or surveying the plains for their next meal. Cheetahs and leopards are harder to spot but reasonably common.

Note: It's advisable (although not a must) to ask many questions as possible. You are also suggested always be in possession of your valuable items or declare them for safe keeping.

You will be provided with daily breakfast, lunch, dinner, and one liter of bottled water while on the safari. The food on this safari is delicious and ranges from simple to gourmet. You can expect lots of fresh fruits and vegetables as well as wonderful homemade soups. Chicken, lamb, beef, or pork is usually served at lunch and dinner as well as fish and vegetarian dishes.

Breakfast is a buffet with lots of tropical fruits, hot and cold cereals, bacon, sausages, mushrooms, bread and pastries, and eggs to order. Lunch can be either a buffet or served on the table and always starts with soup. Dinner is usually a 4 or 5-course sit-down affair although there is no need to dress up. Often your safari guide will join you at meals as you recall your day's events.

Kindly communicate as early as possible if you need any special dietary. Food and sanitary conditions while on safari are of the highest standard. However, some precautions are recommended. For more information, please send an inquiry to Jamboree Africa Tours and Safaris.