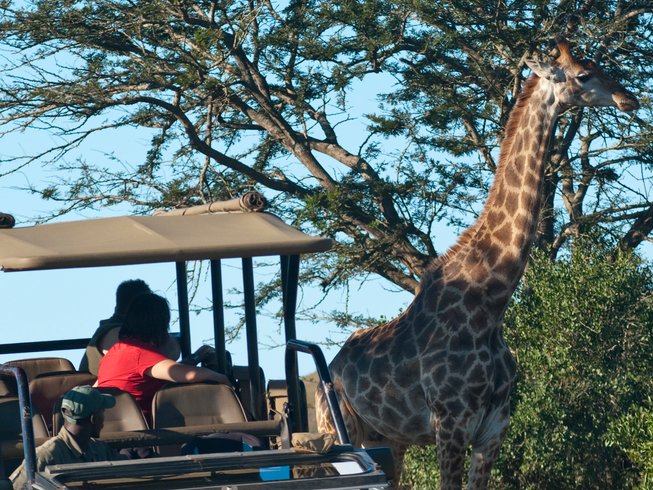 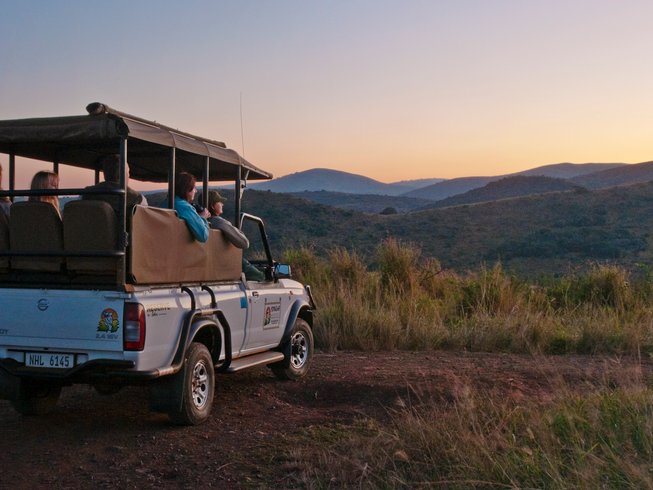 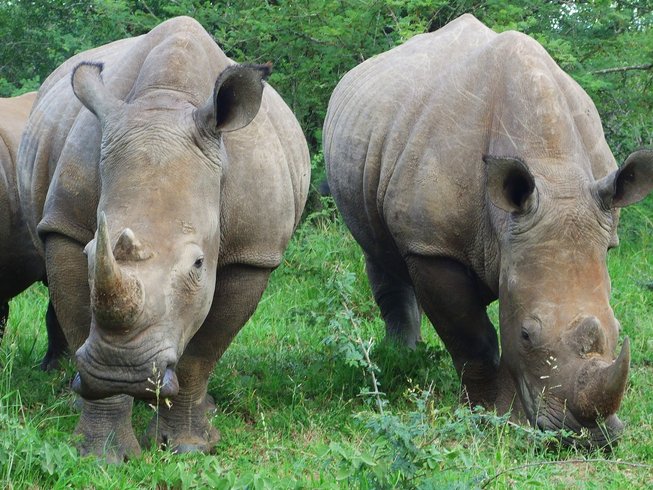 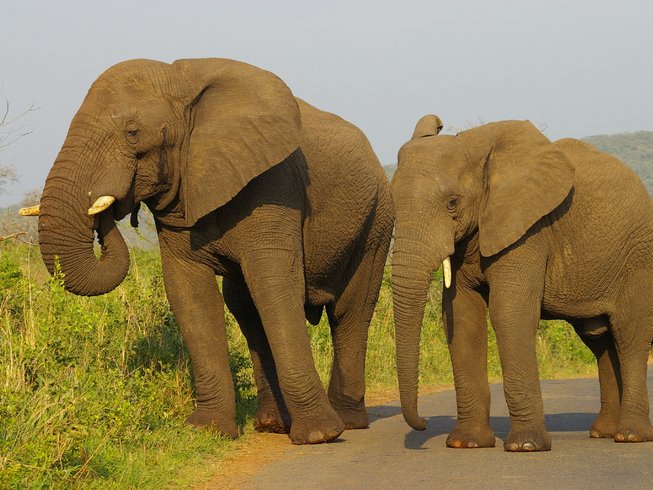 Join Isinkwe Safaris Bushcamp at their rustic bush camp and experience a full day of game viewing with a local, qualified field guide in an open-vehicle safari to the Hluhluwe section of the Hluhluwe/iMfolozi Park. Their passionate field guides are very knowledgeable about the wildlife in the region and has spent many hours guiding tourists.

Accommodation is in double or twin rooms at Isinkwe Bush Camp, surrounded by 22 hectares of natural bush and large trees. Rooms are basic, but offers linen and towels, with own shower and toilet.

The bush camp is a rustic camp situated in nature, it is not a luxury hotel. The gravel road to Isinkwe Bush Camp is accessible with a normal sedan or car. There are no TV or Wi-Fi in rooms or in any other area of the camp.

Day 1: Arrival at the camp

Day 3: Departure from the camp

Isinkwe Bush Camp is situated a short 25 minutes drive from Memorial Gate, the northern entrance to the Hluhluwe section of the Hluhluwe-iMfolozi Park. It is located close to Emdoneni Cheetah Project and Dumazulu Cultural Village for your own exploration at your leisure.

Hluhluwe-Imfolozi Park is situated in the heart of Zululand in Northern KwaZulu Natal. It is the province's premier Big Five game reserve, and one of the largest parks in South Africa, covering over 96,000 hectares of stunningly beautiful landscape, a rich compound of misty forests, grass covered hills, dense thickets, expansive, and diverse woodlands and enchanting rivers.

It has the distinction of being the oldest formally protected area in Africa, and has a long and interesting conservation history.

Hluhluwe-Imfolozi Park is home to the largest populations of white and black rhino, in Africa, approximately 1600 white rhino and 450 black rhino. It is from this gene pool of animals many other parks in Africa have been restocked with rhino.

Also known as a "Big Five game reserve" the park boasts black rhino, white rhino, leopard, lion, buffalo, and elephant. Further to the chance of spotting these magnificent animals, you may also see blue wildebeest, hippo, crocodile, warthog, hyena, wild dog (endangered species), giraffe, zebra, and many species of antelope including the graceful "nyala", common to the area but rare in other parts of Africa.

During this safari you will be provided with two dinners, two breakfasts, and one lunch. Beverages are included on the second day only. A bar is available for drinks in evenings at your own account.

Driving directions from the north (Swaziland or Johannesburg)

Please book your flight to arrive at King Shaka International Airport (DUR). Transport and shuttle services from this airport to Richards Bay and St Lucia are available thru North Coast Runner.

Facebook Twitter Email Whatsapp
Organized by Isinkwe Safaris Bushcamp
Isinkwe Bushcamp and Isinkwe Safaris were founded in 1995 by the Davies family and have since developed into a quality 45 bed bush camp and tour company.
Hluhluwe, South Africa