3 Day Ranthambore National Park Safari
This listing has no upcoming availability. Check out these similar experiences 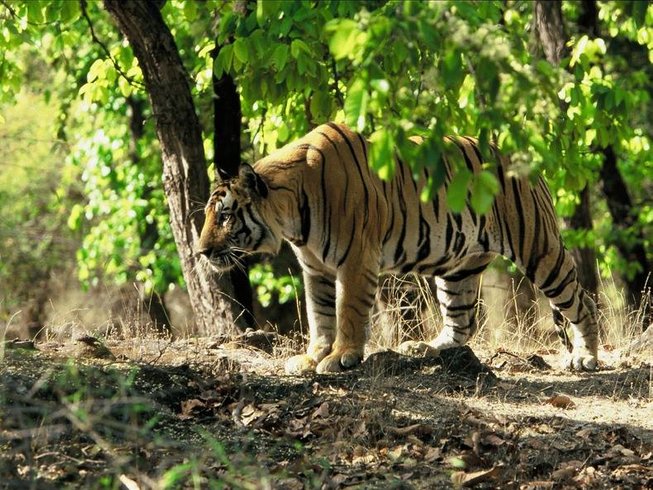 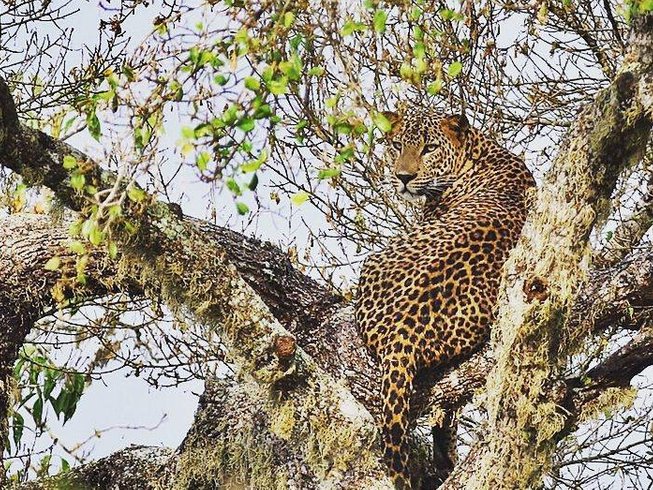 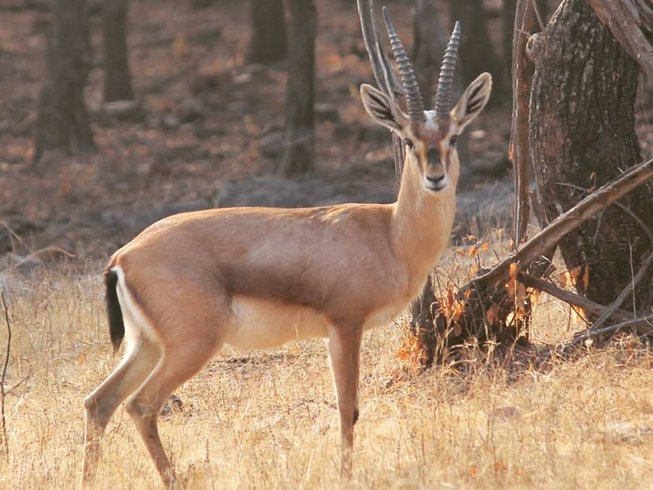 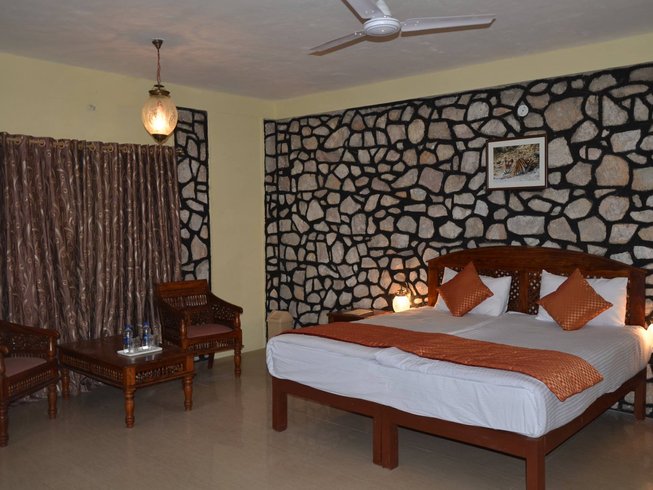 Login to save to your favorites
“Get out and about nature in India!”
​
Photo
all media

Enjoy the wonderful atmosphere in Ranthambore National Park with Indian Adventures as they take you along a safari ride to see the wild in its natural habitat. You will have an amazing time just going along with all of the activities specially planned for your enjoyment. Book now and see the beauty of Indian safaris!

Amidst the Aravali hills, this exotically designed Tiger Moon Resort merges perfectly with the surrounding wilderness. The cottage concept in the sprawling landscaped complex creates the ambiance. The cottage with their gently sloping tiled roofs and rooms equipped with a touch of Rajasthani architecture, creates a blend of rustic charm with luxury.

Take a refreshing dip in the swimming pool, bird watch, or laze around the alluring landscape. Savor the delectable Indian, continental, and Chinese cuisine at the dining hall overlooking the pool. At sunset, unwind at the bar or view a wildlife film.

Folk dances and puppet shows around roaring campfires and moon lit barbecues add color and grandeur to your evenings at Tiger Moon Hotel and Resort. It's an experience far more exciting than your wildest imagination.

You will arrive either at Sawai Madhopur Railway Station or Jaipur International Airport (JAI), from where you will be transferred to Tiger Moon Resort in an air-conditioned vehicle. You will then be served welcome drinks and proceed for check in. Once the rooms are allotted, you can proceed to the dining hall to indulge in the delicious buffet breakfast. After which, you can spend time at leisure.

At 1:30 p.m., there will be an extravagant choice of a lunch to energize your taste buds. After which, you will be ready and all set to go for the afternoon wildlife safari. Post an adventurous safari ride, you get back to the resort for high tea or coffee and snacks. Leisure time is then given for you to explore vast abundance of flora and fauna within and around the property. A mouth-watering dinner will be served at 8 p.m. and after a long heavy day, it is time to get a good night sleep.

There will be an early wake-up call for an engaging morning wildlife safari, with packed tea, coffee, and cookies. Then, you will huddle at the resort for breakfast. Once you are active after a wholesome breakfast, you will be taken for local village sightseeing to experience their culture and lifestyle. Then, you will again go back to the resort for lunch. After lunch, you can choose between a wildlife film show, a tribal dance, or a barbecue dinner (any two as additional activities).

After the third morning's wildlife safari, you will go back to the resort for breakfast and then check out, taking along wonderful adventurous memories with you.

After breakfast on the second day, you will be taken for local village sightseeing to experience their culture and life-style.

India for long now has been known for its immense beauty, historical and cultural heritage, and is already a much sought after destination in the international and domestic tourism market. However, till recently, it had not figured on the wildlife maps of the world. What is less known is that India boasts of the widest variety in flora and fauna world over with more than 13,000 species of flowering plants, 1,200 species of birds, and 310 species of mammals and species of reptiles. It is the only country which boasts of both the lion and the tiger.

A total area of 35,000 square miles fall under the protection of Wildlife Act 1972 in the form of 55 national parks and 247 sanctuaries. It is in these protected havens that India's natural heritage flourishes.

One of the most popular parks with tiger sightings at its best, Ranthambhore is a photographer's dream come true, dotted with lakes and ponds around which the wildlife abounds, and predators and prey enact their day to day drama.

The 410 square kilometers park is covered with belts of dry deciduous forests with ancient banyans and pipal trees which open into large areas of grassy meadows. The three major lakes, Rajbaugh, Milak talao, and Padam talao attract a variety of migratory birds. The lakes are covered with pink lotuses on which the sambar deer often feed. The grassy edges are frequented by chitals, wild boars, and other ongulates.

The marsh crocodiles bask on the shores, while the tigers are often on the prowl at the peripheries. The variety of birds is vast and have their own say, with screeching parakeets, whistling magpies, and dancing peacocks abound in the park.

The park is studded with small covered pavilions, ancient summer palaces, and crumbling guard posts that bear mute testimony of Rajput Kingdoms and battles long forgotten. Imposingly looming above the national park is the Ranthambhore Fort, which in itself is a major tourist attraction.

The price of the package includes daily buffet of Indian, continental, and Chinese cuisine.

Please book your flight to arrive at Jaipur International Airport (JAI). Transfer from and to the airport is included. Indian Adventures will pick you up from the airport. Flights such as Air Deccan, Indigo, Indian Airlines, Jet Airways, and Kingfisher are available on all days.

Taxis and coaches can be arranged for from Sawai Madhopur, Jaipur, Agra, Bharatpur, or any other point on request at an extra cost.