4 Days Chitwan National Park Tour in Nepal
This listing has no upcoming availability. Check out these similar experiences 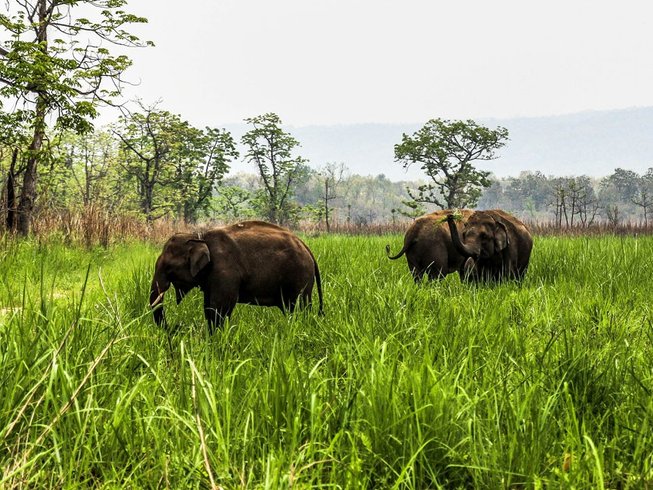 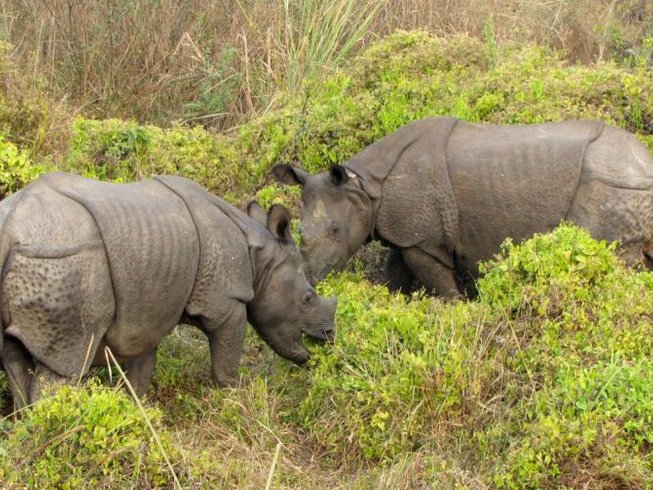 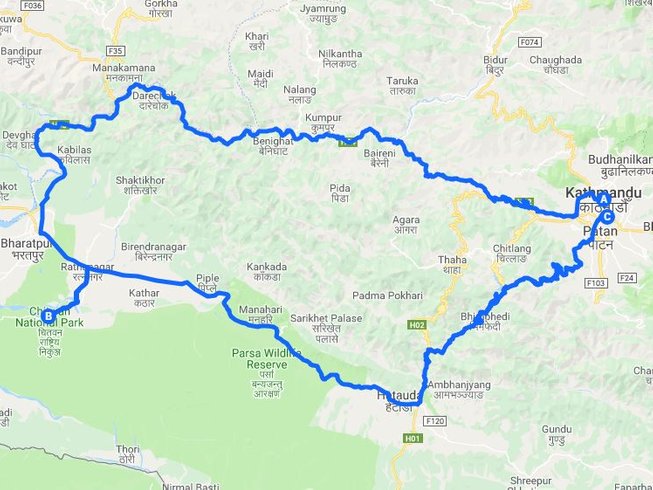 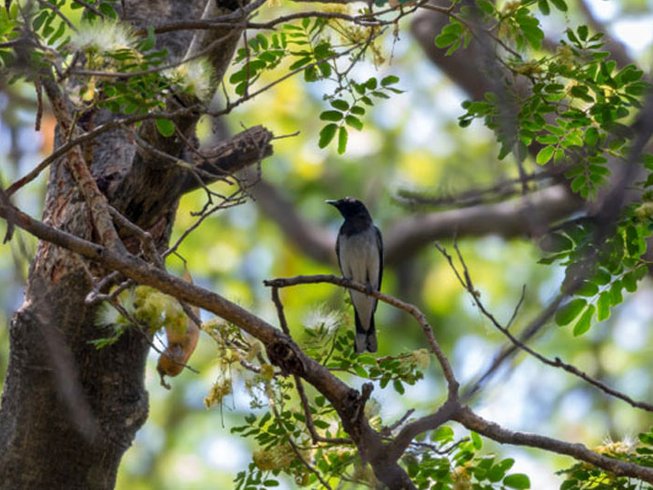 Login to save to your favorites
“Explore Nepal's first and most famous park!”
​
Photo
all media

During the tour, you will be staying for one night at a hotel in Kathmandu and two nights at a resort in Chitwan National Park.

Day 1: Arrival at Kathmandu and transfer to the hotel

As per your flight plan, Himalayan Scenery Treks and Expedition will be at Tribhuvan International Airport (KTM), Kathmandu, to stretch out a warm welcome to you in the wonderful nation for the lovely outing. As you fly towards the international terminal of Tribhuvan International Airport (KTM) on a clear sunny day, you can see the breathtaking views of snow-capped mountain peaks spread in distance. Once you land, a representative from Himalayan Scenery Treks and Expedition will escort you to your hotel. The day is a complete leisure. You can either choose rest at your hotel room and remove jet lag or take a short walk around in the ancient valley of Kathmandu.

Day 2: Drive from Kathmandu to Chitwan

You will take a five to six-hours’ drive from Kathmandu to Chitwan National Park on a tourist bus. You can also take private car / jeep or even board a flight from Tribhuvan International Airport (KTM) to Chitwan. Once you arrive in Chitwan, one of Himalayan Scenery Treks and Expedition's staff will receive you and then escort you to the resort. At the resort, you will be briefed by their guest relation officer. You will have lunch at the resort. After the lunch, you will head out for a short village tour of Tharu community. In the evening, you will participate in the Tharu cultural dance presentation by the local villager. After enjoying the cultural program for a while, you will head back to the resort for dinner.

Once you have had your breakfast in the morning, you will move ahead for a morning canoe ride along the Rapti River. This ride will provide you with an excellent opportunity for bird watching and for witnessing the two rare species of crocodiles; the marsh mugger and the fish-eating gharial. After the canoe ride, you will take a jungle walk into Chitwan National Park. You will be provided one of the best time to observe the wildlife from up close with elephant safari / Jeep safari. On the way back, you can also enjoy the elephant bath. Throughout the jungle safari, you will come close to the animals like deer, rhinoceros, wild boar, monkey, leopard, sloth bear, and the Royal Bengal tiger.

Today is the last day of your trip. Waking up early in the morning, you will go for bird watching. Chitwan is famous for different species of birds. You will also take a short visit around the elephant breeding center of Chitwan. After heading back to the resort, you will have breakfast and get ready for the departure to Kathmandu in a tourist vehicle. One of the representatives of Himalayan Scenery Treks and Expedition will transfer you to the bus station. Optional overnight is at Kathmandu Hotel.

Nepal's first and most famous national park is situated in the Inner Terai lowlands of Chitwan. Covering an area of 932 square kilometers, the park includes hilly areas of the Shivalik Range covered by deciduous trees. Parts of the park are floodplains of Narayani, Rapti, and the Reu rivers, covered by dense tall elephant grass, forests of silk cotton, acacia, and sisam trees. Chitwan National Park was officially established in 1973 and included as World Heritage Site in 1984.

The park in Chitwan is shelter to the last endangered Asian species like the one-horned rhinoceros and the Royal Bengal tiger. Other animals found here are the leopard, sloth bear, wild boar, rhesus monkey, grey langur monkey, wild dog, small wild cats, bison, the four species of deer, and other small animals. Marsh crocodiles inhabit the swampy areas. The Gangetic crocodile that only feeds on fish,are found in a stretch of Narayani River. Also found here is one of the four species of fresh-water dolphins.

Chitwan park is also home to 450 species of bird and hence is ideal for bird watching. Some of the resident specialties are woodpeckers, hornbills, Bengal florican, red-headed trogons, waterfowl, Brahminy duck, pintails, and bareheaded geese. In summer, the forest is alive with nesting migrants such as the fabulous paradise flycatcher, the Indian pitta, and parakeets.

Nepal is located in South Asia between China in the north and India in the south, east, and west. While the total land area is 147,181 square kilometers including the water area of the country that is 3,830 square kilometers. Nepal is a country which lies under the foothills of the mighty Himalayas. Nepal is best known for its natural beauty, breathtaking scenery, majestic views of Himalayas, pristine lakes, and many more. For the passionate traveler and adventure seekers who want thrill and adrenaline, visiting Nepal will be the dream come true experience.

Yearly, thousands of passionate travelers from all around the globe make their way to this natural paradise country seeking to conquer the peak of the highest mountain in the world - Mount Everest, trailing on off-the-beaten paths and isolated trails, rafting on a roaring river, jumping 160 meters down into the deepest George, or cycling through terrain hills and mountains exploring the unique culture and rich cultural heritage. With the eight out of the ten highest peaks in the world and several peaks above 6000 meters to 7000 meters, most of Nepal is covered by hilly terrain. Because of this best natural setting, Nepal is the best destination in the world for the thrill and adventure seekers. Best thrilling adventure can be experienced in Nepal