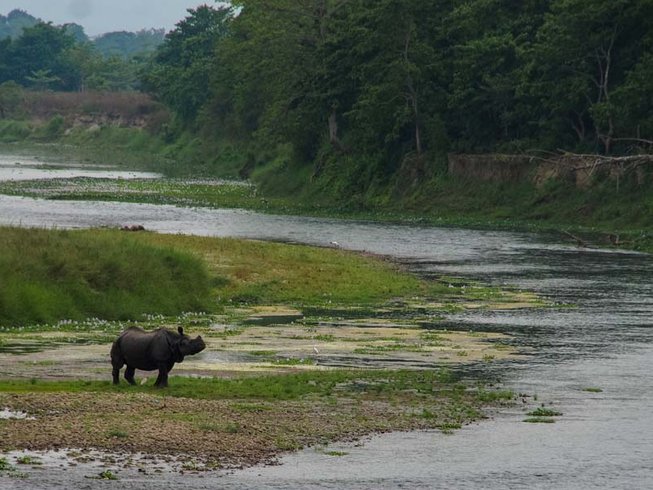 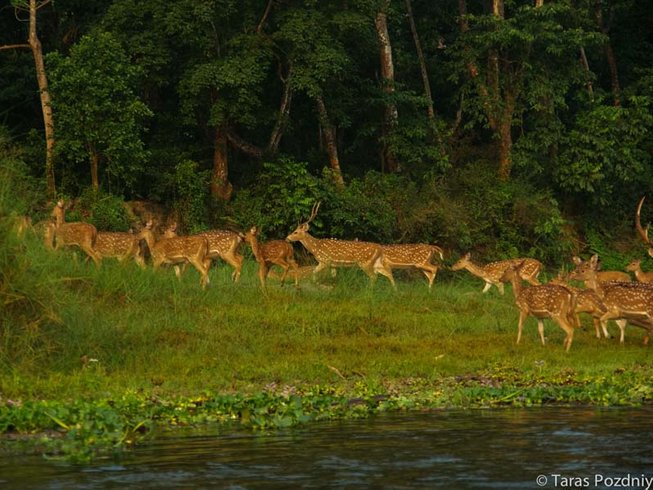 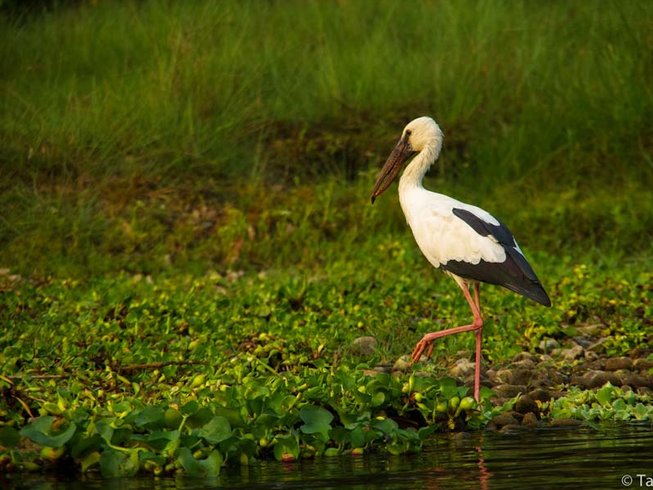 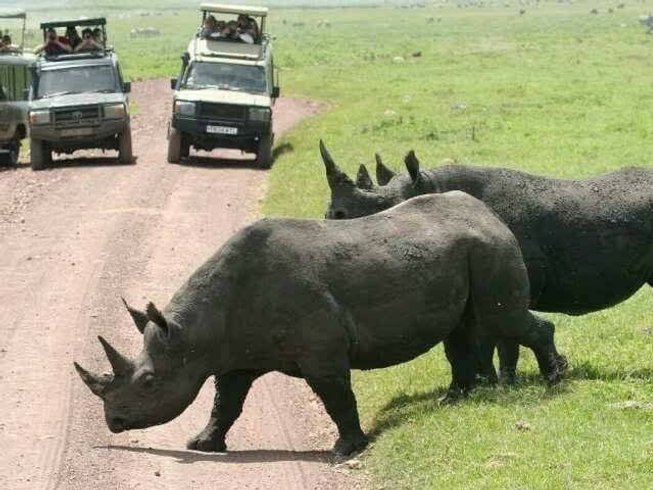 If you are highly interested in going close to nature and wildlife, then this safari in Chitwan National Park Tour will definitely be the perfect choice for you. The rich and diverse flora and fauna, the most endangered animals like one-horned rhinoceros and the Bengal Tiger etc are the major attractions of Chitwan National Park. The national park is very much popular among nature loving tourists.

During this safari, you will be accommodated in lodges.

Himalayan Partner Treks' representatives will receive you from the bus station in Chitwan. You will be taken into hotels and all the details regarding accommodations and other facilities will be given. You will be provided with delicious lunch and after that, you will be briefed about the whole tour programs and cautions that you should take.

Then you will be visiting the ethnic Tharu village along with the National Park Visitors Centre. Here is the tentative timetable you will be following; however, some adjustments could be done according to your convenience.

The excitement of this safari starts from this day. On this day, you will get to enjoy jeep drive or ox-cart ride back to the resort. After some refreshments and rest, you can swim in Rapti River, wash the elephants there, and have lunch. Also, you will be doing elephant back safari and explore the area. Then you will have dinner followed by an amazing ethnic Tharu dance performance.

After lunch, you will be going for an adventurous jungle safari in a jeep or in a bicycle to the Twenty Thousand Lakes. Also, you can have a jungle safari by walking inside of the dense forest of Chitwan National Park. If you opt for safari by walking, you need to be extra careful and follow the guides’ instructions. The day’s program ends with the dinner. Program details are similar to the previous days.

After the breakfast, you will be escorted to the bus station or to Bharatpur Airport (BHR) to continue with your journey.

Chitwan National Park preserves many endangered animals, birds and plants and is spread over the area of 932 square kilometers. This site is also listed in the world heritage site list and is the oldest national park in the country.

Chitwan National Park is situated in the subtropical Terai lowlands of Nepal in Chitwan district which is 200 kilometers far from the Kathmandu, the capital city of Nepal.

During this safari, you will be accompanied by moist deciduous forest. The forest mainly consists of Simal, Sisau and Khair trees. Also, rivers like Rapti, Reu, and Narayani makes its way through the area.

Chitwan National Park envelopes 450 species of birds, 45 species of amphibians and reptiles, 43 species of mammals and much more. Sloth bear along with one- horn rhino and Bengal tiger keeps on attracting many tourists there. Apart from them, marsh crocodiles, Indian pythons, and gharials are also among the major attractions there.

Since you will be going inside the forest itself and in between the wild animals, you need to be very careful and cautious and follow the guides. This will ensure your safety and you will be able to reap most out of this tour into wildlife and nature.

Nepal is aptly called the “richest country” in terms of wildlife resources and jungles. Safari tours in Nepal have hence become a popular retreat for people all across the world.

Nepal is a country full of surprises in every nook and corner. It has a diversified topography and geography, which allows it to house a huge number of animal and bird species, found less in other parts of the world.

Nepal is also home to several perfect national parks and conservation areas that have maintained their charm and beauty, and showcase animals and plants in their original habitats.

Exotic wildlife and rich biodiversity are what has made safari tours in Nepal extremely popular. Elephant safari and jeep safari, followed by a list of other activities, make thrill seekers enjoy every second of being in this beautiful country.

During this safari, your daily breakfast, lunch, and dinner are included in the price.