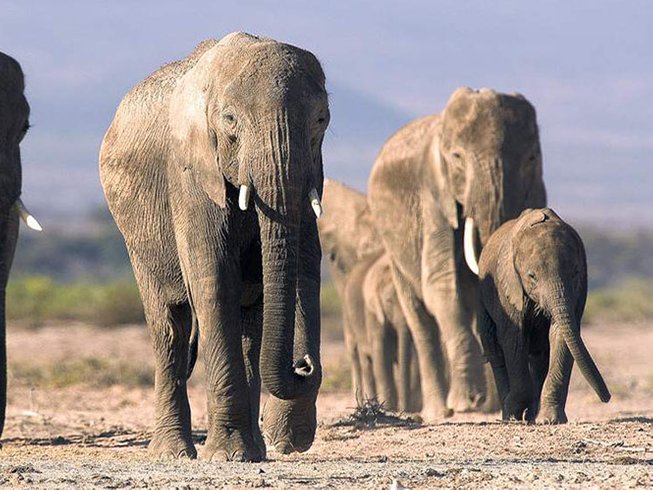 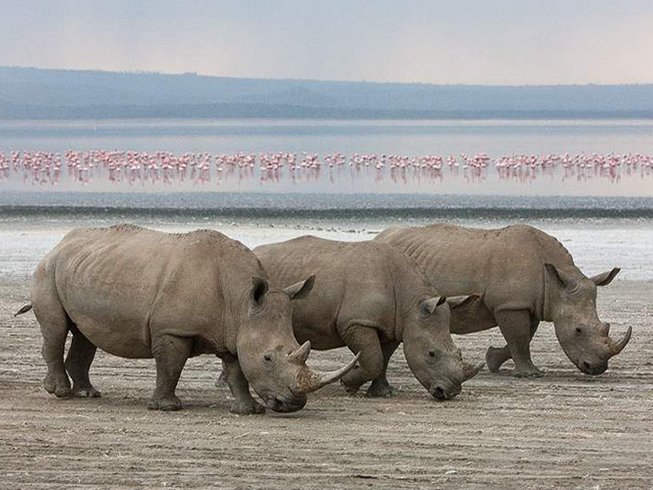 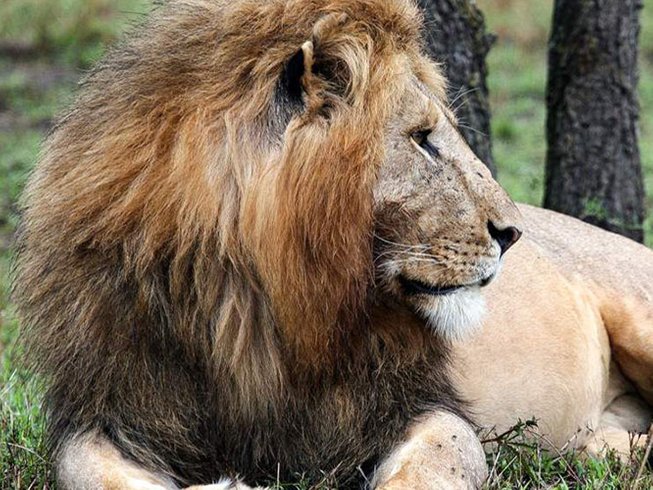 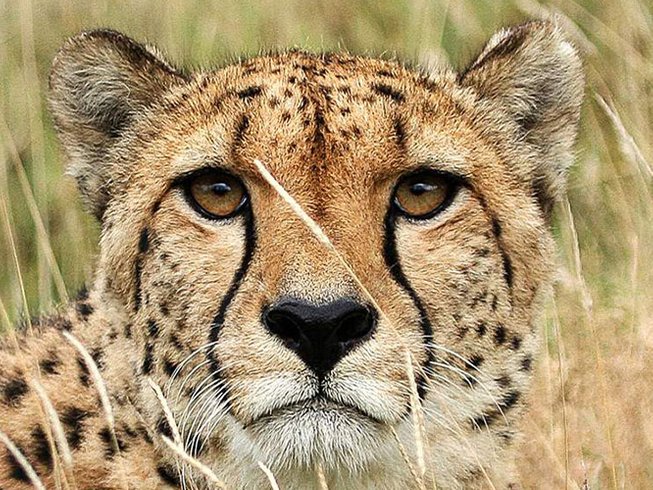 Login to save to your favorites
“Begin your magical safari holiday in Kenya!”
​
Photo
all media

Join this safari with Heritage of African Jungles Tours and Travel in Maasai Mara, Lake Nakuru National Park, and Amboseli National Park. You will begin your magical holiday as you board your flight to Kenya, the heart of an African safari. As you start your journey to these parks, you will get thrilled by what the parks have, the wildlife. So, this safari is for you who are looking for the excitement of seeing the wildlife in Kenya.

You begin your magical holiday as you board your flight to Kenya, the heart of an African safari, on arrival at Jomo Kenyatta International Airport (NBO), you will clear with the customs as Heritage of African Jungles Tours and Travel's office representative will be waiting to meet you. You will be picked up and driven to Maasai Mara via Narok town, then you will enter the Maasai Mara road and drive across the plains to the camp.

Check in to the lodge or camp for lunch. The meals are a buffet, enjoyed either in the dining or under the shade of indigenous trees. The culinary affair is indeed one to delight the senses. Have a few minutes for relaxing and enjoying the surrounding before you depart for an afternoon game drive in search of the big five among other wild games.

Maasai Mara National Reserve is one of the most popular tourist destinations in Kenya, Africa. The reserve is located in the Great Rift Valley in primarily open grassland. Wildlife tends to be most concentrated on the reserve's western escarpment. The Maasai Mara is regarded as the jewel of Kenya's wildlife viewing areas. The annual wildebeest's migration alone involves over 1.5 millions of animals arriving in July and departing in November.

There have been around 95 species of mammals, amphibians, and reptiles as well as over 400 birds species recorded on the reserve. Nowhere in Africa is wildlife more abundant and it is for this reason a visitor hardly misses to see the big five (buffalo, elephant, leopard, lion, and rhino). Return to the lodge or camp for dinner and overnight.

Explore this part of the northern Serengeti ecosystem where the great wildebeest migration takes place. The plain is literally covered with these animals. Grunts and other animal sounds are heard and territorial fights are commonplace.

Soak in the abundance of untamed wilderness and fresh and natural scenery, filled with exotic wildlife during your expertly guided game drives enjoyed in open vehicles. For those interested in a more intimate encounter, Heritage of African Jungles Tours and Travel contacts a safe and exciting walking safari where you will have a chance to come face to face with nature's beauty both in flaura and fauna. Return to the lodge or camp for dinner and overnight.

After breakfast, drive to Lake Nakuru National Park to arrive for lunch and afternoon game drive. There will be an afternoon drive in the park to enjoy the sight of pelicans bathing in the fresh-water streams which terminate in Lake Nakuru. Since there is no existing drainage, Lake Nakuru is alkaline, the perfect place for flamingos to feed on the blue-green algae. The greater flamingo attains a height of about 4.26 feet and its plumage is almost white with a pale pink, black-tipped beak. It is the lesser flamingo which has the more exotic color. About 2.72 feet in height, with a rosy plumage and dark red, black-tipped beak.

Lake Nakuru National Park has a great variety of bird life which includes the Egyptian goose and a variety of ducks which come from Europe to winter. This park is truly a bird watchers' paradise. The game animals include hippo, waterbuck, gazelles, colobus monkeys, buffalo, leopard, and the Rothschild giraffe. The park is also a sanctuary for the white rhino. This park has an abundance of acacia trees, both yellow-barked (fever tree) umbrella-topped acacia and the candelabra cactus. Return to the camp or lodge for dinner and overnight.

After breakfast, check out and drive to Amboseli National Park passing through the Athi Plains where formerly the Burchell's zebra, the Maasai giraffe, and smaller herbivores roamed about freely. With human encroachment, the wildlife is confined to game parks. There is an advantage to this because one has to drive inside a park to be rewarded with the sight of many different species of animals.

Amboseli National Park is reached in the afternoon, for lunch. Embark on an afternoon game viewing in the park at the foot of Africa's highest mountain, Kilimanjaro (19,340 feet). Crowned by Mount Kilimanjaro, Africa's highest peak, the Amboseli National Park is one of Kenya's most popular parks. The name "Amboseli" comes from a Maasai word meaning "salty dust" and it is one of the best places in Africa to view large herds of elephants up close.

In the late afternoon, one is likely to see a lion or cheetah make a kill. There are ideal photography opportunities with Mount Kilimanjaro providing a beautiful backdrop. Proceed to the area of Lake Amboseli, which is a wide salt pan, consisting of permanent swamps. This area has much game, large and small, and high concentration of elephant, rhino, buffalo, Burchell's zebra, eland, Maasai giraffe, small species of the antelope family, the common waterbuck, klipspringer, Grant’s gazelle, impala, and topi. Return back to the camp for dinner and overnight.

Early morning game drive can be taken in Amboseli when Mount Kilimanjaro usually appears from its mantle of clouds. Enjoy a game drive or nature walk, or relax around the pool - Kibo Safari Camp is the ultimate relaxing spot! You can also enjoy Maasai dances (complimentary), cultural tours, game drives, or performance at the camp. Later, you will be driven back to Nairobi to arrive late in the afternoon. You will be dropped off at your pre-booked hotel for overnight or transferred to the airport for your flight back home.

This safari will take place in Kenya, including Maasai Mara, Lake Nakuru, and Amboseli National Park.

You can visit a Maasai village to see Maasai people's traditional life. Photography is not prohibited here. A Maasai guide at the village will escort and explain to you in English about their lives. It takes about two hours including the return transfers. A Maasai lady will give you a lecture on how to make a beaded bracelet at Heritage of African Jungles Tours and Trave's library. It will be one of your souvenirs once completed. The lecture takes about three hours.

Early morning balloon safari, you drift above the browsing game and have tremendous opportunities for unusual photographs. What could be more uplifting than an early morning safari in a hot air balloon flying over vast plains of Africa? Witness an African sunrise as a plethora of wildlife roams on the land beneath you. At the end of the flight, you land on the plains in the mid of this enchanting savannah champagne. Breakfast is laid out with the aroma of sausages, eggs, and bacon sizzling over a charcoal fire. Drive in a leisurely fashion with game viewing on your way back to your camp or lodge.

Please book your flight to arrive at Jomo Kenyatta International Airport (NBO). Transfer from and to the airport is included. Heritage of African Jungles Tours and Travel's representative will pick you up from the airport.