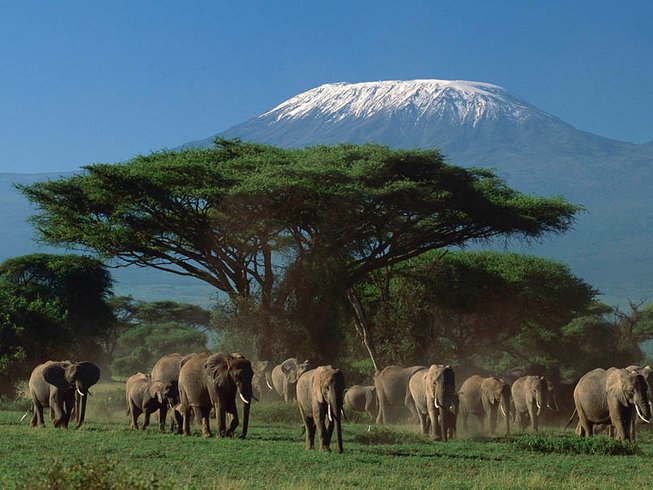 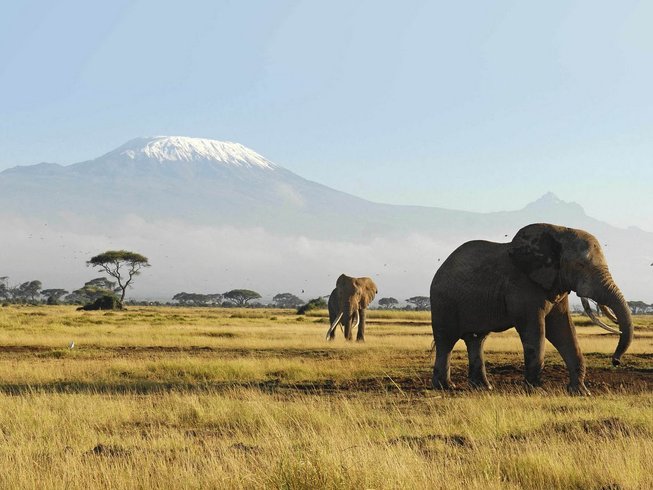 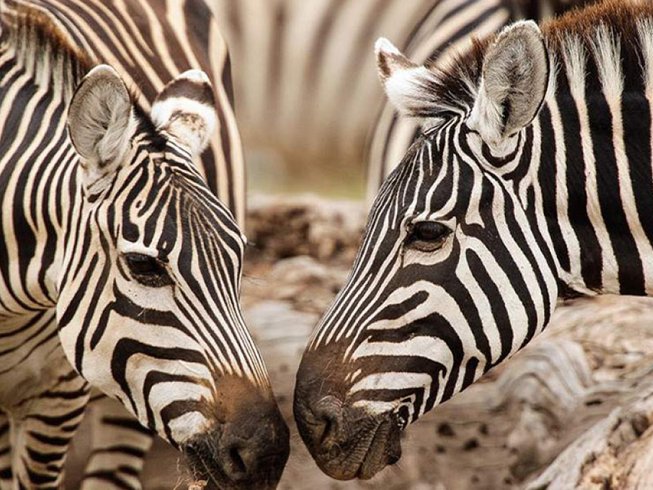 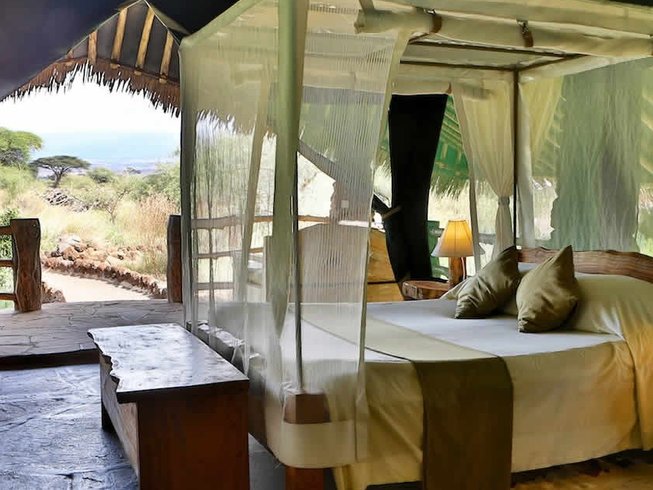 Login to save to your favorites
“Immerse yourself in the glory of the wild!”
​
Photo
all media

With a team of professional, specially selected and experienced staffs, Heritage of African Jungles Tours and Travel invites you to witness the grandeur of Amboseli National Park in Kenya. Amboseli offers great wildlife viewing and four of the Big Five are present. Rhinos are absent, but big herds of elephants reliably move to and from the marshy swamps in the center of the park. See the wildlife in all its glory!

You can choose to stay at Kibo Safari Camp / Amboseli Sopa Lodge/ AA Lodge or other accommodation similar or upgrade. The accommodation is based on a two-person sharing where possible with private en-suite facilities, hot water showers, and washrooms.

Kibo Safari Camp has 73 self-contained tents for single, double, triple, and family accommodation. The beds have been custom-designed and locally made using bush logs and will ensure a good night’s sleep. All tents have flush toilets, showers, and wash basins. You can enjoy your shower as you like, bubbling hot or refreshing cold.

Your driver guide will meet you at your hotel or residence in the morning for a briefing and drive to Amboseli National Park passing through the Athi Plains where formerly the Burchell's zebra, the Masai giraffe, and smaller herbivores roamed about freely. With human encroachment, the wildlife is confined to game parks. There is an advantage to this because one has to drive inside a park to be rewarded with the sight of many different species of animals.

Amboseli National Park is reached in the afternoon, for lunch. After that, embark on an afternoon game viewing in the park at the foot of Africa’s highest mountain, Kilimanjaro (19,340 feet). In the late afternoon, one is likely to see a lion or cheetah make a kill. There will be ideal photography opportunities with Mount Kilimanjaro, the highest mountain in Africa, providing a beautiful backdrop. Then, return back to the camp for dinner and overnight.

Early morning game drive can be taken in Amboseli when Mount Kilimanjaro usually appears from its mantle of clouds. With morning and afternoon game viewing in Amboseli, the game proceeds to the area of Lake Amboseli which is a wide salt pan, consisting of permanent swamps. This area has much game, large and small, a high concentration of elephant, rhino, buffalo, Burchell’s zebra, eland, Masai giraffe, and small species of the antelope family such as the common waterbuck, klipspringer, Grant’s gazelle, impala, topi, and the diminutive duiker among others.

After breakfast, you can have morning and the last game drive in Amboseli. The game drive can be taken in the early morning when Mount Kilimanjaro usually appears from its mantle of clouds. After that, you will return to the camp for breakfast and depart for Nairobi. The driver will drop you at the place of your choice.

Notes: Safari minivans will be provided according to the route and number of persons. The right is reserved to the service of an English-speaking guide. The minivans are specially equipped (non-air-conditioned) seven-seater vehicle with pop-up roof suitable for game viewing and photography.

Meals not described in the itinerary above

Accommodation in Nairobi before and after the safari

I am a nature lover, born and bred in rural Kenya. Wildlife and nature has been part of me since childhood. To compliment my love for it, I studied tour guiding and wildlife behavior and its management. I am a certified Kenya Professional Safari Guide with Bronze rating. Through my career I have worked for some of the best safari companies in Kenya. I am specialist in Wildlife and nature guiding safaris, Photographic safaris, Cultural tours and Bird watching. I promise you an enjoyable and memorable visit to my beautiful country Kenya as I hope to see you soon

Crowned by Mount Kilimanjaro, Africa's highest peak, Amboseli National Park is one of Kenya's most popular parks. The name Amboseli comes from a Masai word meaning salty dust. The park encloses an interesting variety of habitats including dusty plains and marshy swamps, but it is the backdrop of snow-capped Kilimanjaro towering above the Amboseli plains that attracts most visitors to this scenic park.

The park is one of the best places in Africa to view large herds of elephants up close. It is a land of giants, where huge herds of elephants stand strong against a dramatic backdrop of Africa’s highest mountain. Aside from elephants, many plains animals are easy to spot. The black rhino has, unfortunately, become extinct, but four of the other Big Five are present.

The plains support an abundance of large herbivores including wildebeest, Burchell's zebra as well as Grant's and Thomson's gazelle. Masai giraffe and impala can usually be found browsing from stands of acacia trees. Buffalo is very common while lions are the easiest to spot of the big cats, but sightings are hit-and-miss. Fantastic photo opportunities are possible and early mornings are best for clear views of Kilimanjaro.

On Arrival at Jomo Kenyatta International airport, you will be met by Heritage of African Jungles Tours and Travel representative for final briefing before the tour begins