5 Day Allpahuayo - Mishana and Yanamono Community Reserves Birdwatching Safari in Peru
This listing has no upcoming availability. Check out these similar experiences 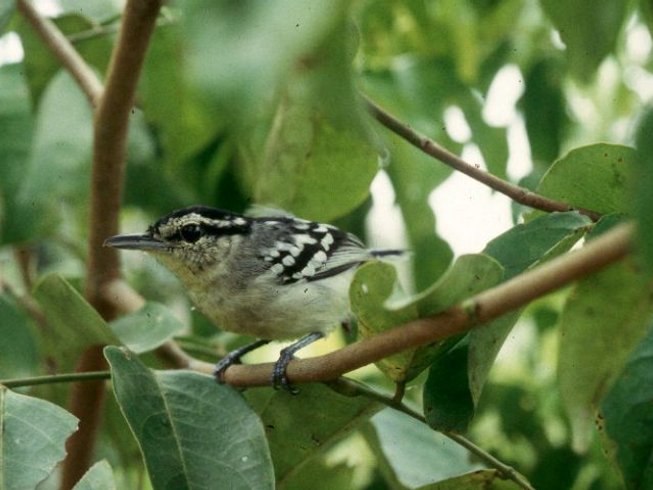 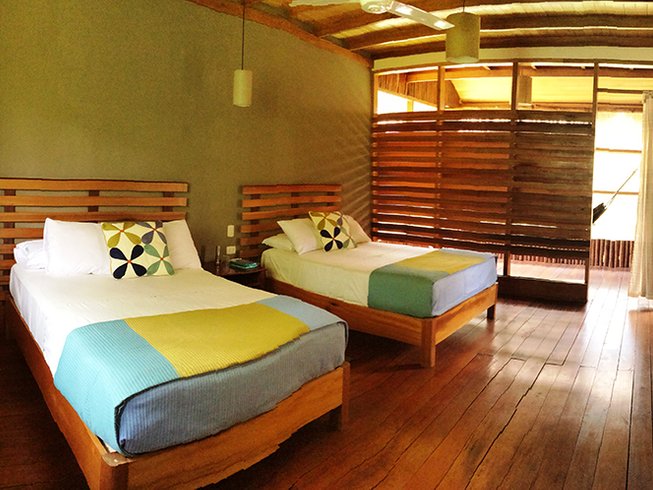 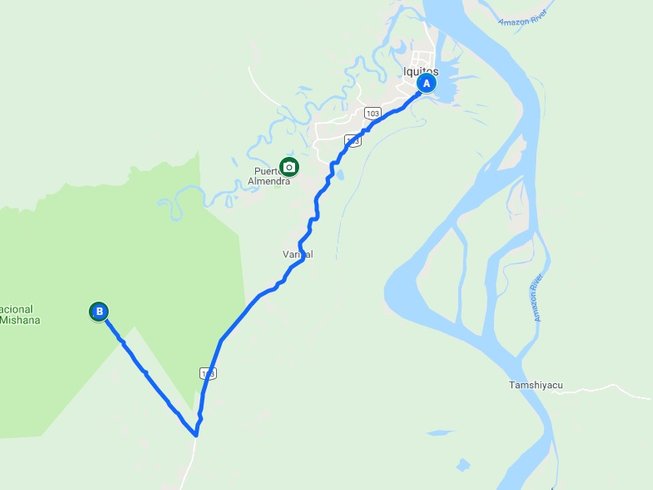 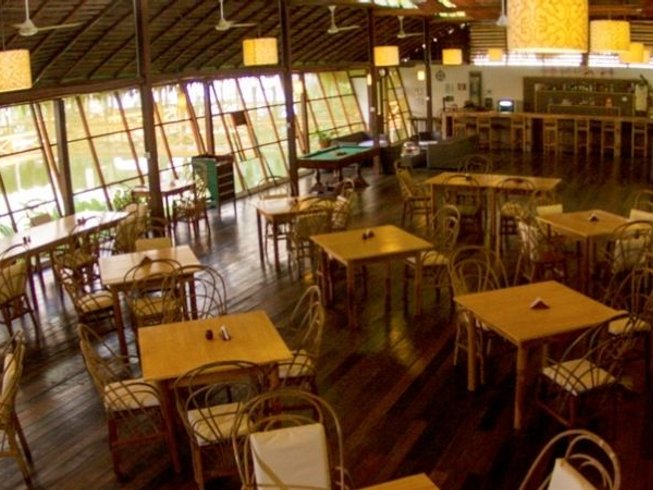 Login to save to your favorites
“Experience a birdwatcher's iconic itinerary!”
​
Photo
all media

This program is a birdwatcher’s iconic itinerary in the Amazon where you will visit one of the world’s remarkable ecosystems, the Allpahuayo - Mishana National Reserve, world-renowned for having a vast biodiversity and site of the rare white sand forest locally called varillales, then set off to some of the islands on the Amazon River, around Yanamono Reserve, such as the Hondococha, Caño Cáceres, Quebrada Manco, and the varied forest areas around Heliconia Amazon River Lodge.

Discover Heliconia Amazon River Lodge, named after the jungle’s most stunning flower, and stay at one of the most exceptional lodges within the 40-hectare rain forest reserve in the Northern Peruvian Amazon. Experience authentic comfort during your rain forest stay amidst the wildlife, islands, and lagoons, a perfect base to begin your low-impact Amazon adventure.

The prime Amazon limited electricity lodge assures you with an enlightening and eco-friendly stay, an exploration of raw journey, yet providing you with the most comfort and convenience. Sail through this magical rain forest, wander the natural beauty, and then relax back in the comfort of the lodge with some marvelous memories.

Stay at an eco-sensitive, limited electricity lodge built by the local host community in a complex of 14 rustic clusters of native style pavilions that house the reception / bar, rooms, dining, public areas, shamanic ritual house, and the swimming pool within the inner garden. Admire the lodge’s high thatched roof made entirely of palm fronds, a rustic work of art.

Rest and relax in a choice of completely screened rooms with terraces overlooking the gardens and forest, or bungalows with hammocks and rocking chairs. Likewise, you can dine and unwind in the comfort of a screen protected restaurant and lobby bar.

Slumber and snooze in a pure and simple rain forest retreat, as you encounter nature at leisure. While the Amazon beckons for you to discover and explore, this unspoiled ambiance also encourages much needed repose and relaxation. With thoughtful consideration, Heliconia Amazon River Lodge was built for your comfort: spacious twin, double, and family rooms constructed in typical Amazon style, well ventilated, with high ceilings and panoramic windows for you to gaze out to the landscape outside.

One cluster of rooms overlooks the garden and forest, with terraces where you can relax and enjoy while looking out to the grandeur of the flora and fauna.

This 5 days / 4 nights program is a birdwatcher’s iconic itinerary in the Amazon where you will visit one of the world’s remarkable ecosystems, the Allpahuayo - Mishana National Reserve, world-renowned for having a great biodiversity and site of the rare white sand forest locally called varillales. In spite of its relatively smaller size compared to others, the reserve contains more than 490 bird species, some native, while others are so endemic they cannot live elsewhere in the planet.

The Allpahuayo - Mishana National Reserve is a bird watcher's paradise where new bird species are being discovered every year. Then, you will set off to some of the islands on the Amazon River, around Yanamono Reserve, such as the Hondococha, Caño Cáceres, Quebrada Manco, and the varied forest areas around Heliconia Amazon River Lodge, where 150 species of birds have been recorded.

Welcome to Iquitos, the gateway to the world’s natural wonders, Amazon River, and jungle. Upon your arrival at Coronel FAP Francisco Secada Vignetta International Airport (IQT), you will be greeted by the staff and taken to Victoria Regia Hotel. After check-in, lunch will be served at your leisure. In the afternoon, you may walk along the town’s main boulevard to the Malecon, the river banks of the Itaya River, where you can start to observe shore birds of the Northern Amazon River. Return to the hotel for dinner and a rest for the night.

Your wake up time is 4:30 a.m. Take your packed brunch and depart via the Iquitos - Nauta Highway to Kilometer 25. At 5:30 a.m., you will start your expedition with a birding expert from Allpahuayo - Mishana; listen and learn from his talk about the varied vegetation, ecosystem, and soil, like the rare white sand (varillal) made up of almost pure quartz and nutrient rich lacustrine clay. Start to look for about 15 - 20 species of birds, as well as animals such as amphibians and monkeys.

Afterwards, you will trek to Quistococha Lagoon to observe other species around its flooded forests for about two hours. The range of the Amazonian parrotlet (Nannopsittaca dachilleae), formerly seen only in the southeast, has greatly extended north with its sightings here. You will see the swallow-tailed swift, point–tailed palm creeper, sulphury flycatcher, olivaceus woodcreeper, lettered aracari, chestnut-eared aracari, white-lored euphonia, red-eyed vireo, spotted tody-flycatcher along the palm swamps and surrounding area.

On the palm trees, you can see short-tailed swifts roosting or mating. On your way back to Iquitos, look out for zone–tailed hawks and pearl kites flying over. Have dinner and a restful night at Victoria Regia.

Your wake up time will be approximately 4:30 a.m. With a packed brunch, you will once again look out for more bird species with the guidance of the birding expert, in the Allpahuayo - Mishana Reserve. Then, continue to observe new species including the Iquitos gnatcather and other white sand forest endemics such as the pearly antshrike, white plumed antbird, Zimmer´s tody-tyrant, orange-crowned manakin, ancient antwren, paradise jacamar, and white-browed purpletuft, among others.

Back to the highway, you will transfer from Iquitos to Bellavista Nanay Port. On this boat ride along the Amazon River towards the Heliconia Amazon River Lodge, observe some large and yellow-billed terns and maybe a light yellow-headed vulture.

On the upland (terra firme) forest, you will find some manakin species, including golden-headed manakin, which is replaced in the south Amazon by red and blue-headed manakins, reddish hermit, golden-collared toucanet, fasciated antshrike, and short-billed antwren. Return to the lodge and rest. Dinner and a restful night await at Heliconia Amazon River Lodge.

After breakfast, take a walk along the Yanamono swamps on terra firme (non-flooded) forest where hopefully you will observe black fronted nunbird, blue and gray tanager, roadside hawk, yellow-headed caracara, chachalaca, white-throated toucan, yellow-rumped cacique, and others. In the afternoon, a speed boat will take you to Napo River, a smaller tributary of the Amazon River where you can view river shore species like black-necked red cotinga, orange–eyed flycatcher, swallow wing, and chestnut-crowned becard.

Then proceed to one of the oxbow lakes to see hoatzins, plum-throated cotinga, among other species. Also, look out for birds like black-collared hawk, great black hawk, capped heron, and three species of kingfishers (American pygmy, green and rufous, green and Amazon). At this time, you can also have the opportunity to look out for the pink Amazon River dolphin (Inia Geoffrensis). Return to the lodge for dinner and overnight.

You will set off again very early morning for birding. You will be looking out for birds such as the white-eared jacamar, black-capped donacobius, red-capped cardinal, Amazon kingfisher, green and ringed kingfishers, black-collared hawk, gilded and scarlet-crowned barbets, crimson-crested and cream-colored woodpecker, striped wood creeper, and band-tailed manakin, among other species. After lunch, return to Iquitos and, depending on departure time, you will be transferred to the airport for your flight to Lima.

Note: The programs may vary according to flight arrival / departure changes or weather conditions.

This birdwatching safari will take you to Allpahuayo-Mishana National Reserve, Quistococha Lagoon, and Yanamono Rainforest on the Amazon, in Peru.

During your stay, you will be offered four breakfasts, five lunches, and four dinners. You will have breakfast in Allpahuayo - Mishana National Reserve, and lunch and dinner at the accommodation.

Please book your flight to arrive at Coronel FAP Francisco Secada Vignetta International Airport (IQT). Transfers from and to this airport are included. Heliconia Amazon River Lodge will pick you up from the airport. Meet their driver in his booth number 5, at the luggage claim area.