7 Days Mikumi, Ruaha, and Selous Safari in Tanzania
This listing has no upcoming availability. Check out these similar experiences 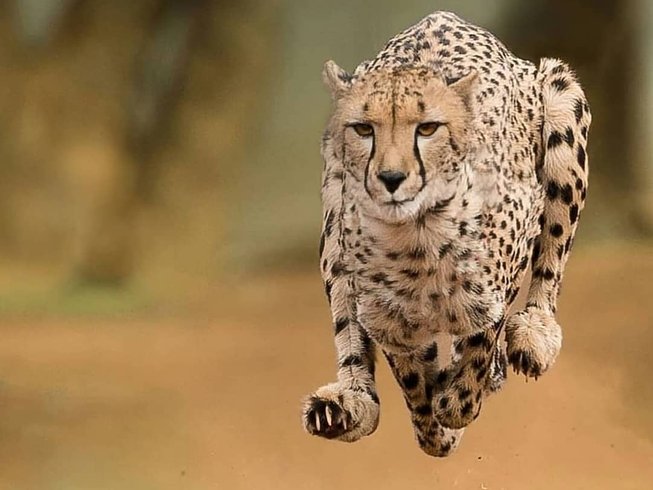 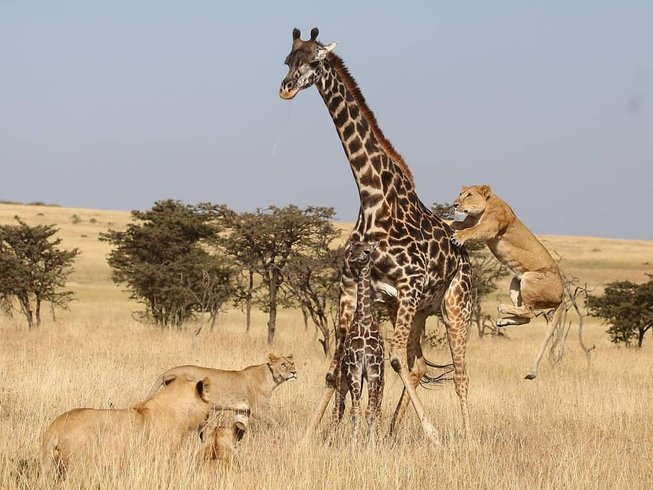 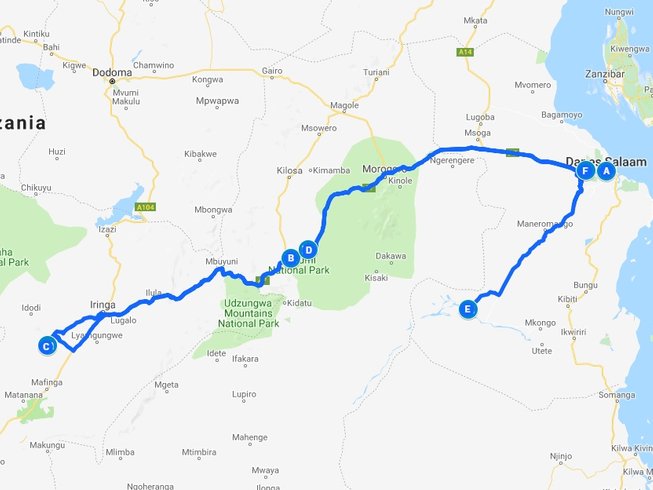 (No availability) 7 Days Mikumi, Ruaha, and Selous Safari in Tanzania

This safari tour will let you explore two of Africa’s largest game heavens in this Southern safari circuit of Tanzania: Ruaha National Park and Selous Game Reserve with a pass for overnight and shallow game drives in between the parks at Mikumi National Park.

Morio Motel is one of Morogoro’s and indeed Tanzania’s superior tourist hotels, offering 30 bedrooms and three suites. The hotel is conveniently located along the Morogoro - Iringa Highway, only two kilometers west from Mikumi National Park.

The hotel has 30 fully furnished deluxe rooms, as well as three suites, one restaurant, and one bar. Among facilities offered by the hotel are laundry / dry cleaning services, photocopy services, wireless internet services, conference / meeting facilities. The hotel is well secured with uniformed security guards and on-site car parking bay. Rooms are equipped with air conditioner, TV, en-suite bathrooms, and a private terrace at affordable prices.

Ruaha Hilltop Lodge is built on a hill with a wonderful panoramic view. There are many types of different birds, wild flowers, butterflies, and trees that can be seen nearby. The luxury self contained cottages are very comfortable and private, each with its own balcony with a beautiful view. The water is heated by solar power and they have round the clock electricity. Wi-Fi is available at the lodge.

The reception, dining room and bar are all under one roof, with a gallery to enjoy the spectacular African sunrise and sunset. Giraffes, elephants and baboons and kudus can sometimes be glimpsed not far way. They also have a Curio shop. Their experienced chefs provide both continental and Tanzanian cuisine, using fresh products from the local area. The bar is well stocked and they also serve fresh juice and, bake their own bread.

The camp is located directly by the main gate, Mtemere airstrip, and the game reserve border. Rufiji River is within walking distance, with its wonderful African wildlife and spectacular scenery. The nearby Rufiji river has many afluents, which make this area a great attraction for the animals that come for food and water. This makes viewing the animals an easy and pleasurable experience.

The camp guarantees every guest first class amenities, facilities, and service. It has 23 rooms and traditional huts, which are spacious with comfortable beds and ceiling fan, each with its own bathroom with toilet, hot water, and shower. All the rooms are equipped with hot water forest showers, European toilets and bathrooms, ceiling fans, and charging points for mobile phones and cameras.

There is a restaurant available, which offers a full board service and all meals are freshly made from local ingredients by their excellent staff. In the middle of the camp, there is a special lake close to the restaurant that attracts plenty of elephants, monkeys, leopards, and other animals for a drink and a rest. There is also a swimming pool available.

With almost guaranteed wildlife sightings, the open horizons and abundant wildlife of the Mkata Floodplain, the popular center piece of Mikumi, draws frequent comparisons to the more famous Serengeti Plains. Head back to the lodge late in the afternoon for overnight at Morio Motel.

Today, you head to Ruaha National Park where you will have a game drive in the afternoon. This is a more extensive ecosystem which includes Rungwa Game Reserve, Usangu Game Reserve, and several other protected areas.

The name of the park is derived from the Great Ruaha River which flows along its South-Eastern margin and is the focus for game-viewing. Ruaha is believed to have a higher concentration of elephants than any other national park in East Africa. It is also a place where magnificent mammals like kudu, sable, and roan antelopes can easily be spotted in Miombo woodland.

The park is also a habitat for endangered wild dogs. Other animals in the park include lions, leopards, cheetahs, giraffes, zebras, elands, impalas, bat eared foxes, and jackals. Overnight will be at Ruaha Hilltop Lodge.

After breakfast, you dedicate these days in Ruaha for morning and afternoon game drives. You will have all meals at your lodge. Ruaha National Park (10.300 square kilometers) is the most visited national park in the southern part of Tanzania. Due to its size and the fact that the South of Tanzania is less visited than the northern parks, you still have ample space and you will see hardly any safari vehicles.

Ruaha National Park forms a border between Africa’s eastern and southern ecosystems. Here you will find kudus which you will seldom find further North and, during the same time, you can see Grant's gazelles which reach their southernmost breeding area. The source of life in the park is doubtless the Great Ruaha River with its huge numbers of crocodiles and hippos. Overnight will be at Ruaha Hilltop Lodge.

After breakfast, you head for a game drive en-route back to Mikumi. This is to make your way to the Selous Game Reserve the following day as Mikumi is bordered to the South by Selous Game Reserve, the two areas forming a unique ecosystem, and on this day you will have a Maasai village tour. Overnight will be at Morio Motel.

In the early morning and before breakfast, you’ll go on a two to three-hour walking safari (or as long as you’re comfortable) in the wilderness, accompanied by your guide and an armed ranger. By going on foot you’ll have a chance to see various bird and plant species as you explore this heavenly sanctuary.

Then, after breakfast, you head towards the Selous Game Reserve through Matemwe Gate. After Morogoro, you will leave the tar road and drive along the Uluguru Mountains through remote villages. You will have a picnic lunch in the bush before an evening game drive. Dinner and overnight will be at Africa Safari Camp.

Early in the morning, you will have a game drive and tea in the bush. You will drive for six hours before going back to the hotel for lunch and an evening boat ride on the Rufiji River which features large numbers of hippos and crocodiles and attracts lions, leopards, hunting dogs, and numerous other species such as waterbucks, impalas, warthogs, elands, giraffes, zebras, and elephants.

Selous Game Reserve is the biggest wildlife conservation area in Africa and forms, together with the bordering Mikumi and Udzungwa national parks, an area which is as big as Switzerland. Today, you drive through the northern part of the reserve which is open for photo safaris. On the way, you have plenty of time for unique wildlife encounters in this unspoiled environment.

Besides the typical residents of the African bush, you can spot up to 400 different bird species. However, it is not always easy to see the animals and birds because of the dense vegetation. Dinner and overnight will be at Africa Safari Camp.

After breakfast, go back to Dar es Salaam with picnic lunch via Kibiti Road. The journey will take about seven hours and will bring you through one of the most amazing areas of Tanzania. You will arrive in Dar es Salaam late in the afternoon.

During your stay, you will be provided with daily breakfast, lunch, and dinner. Bottles of water will also be offered.