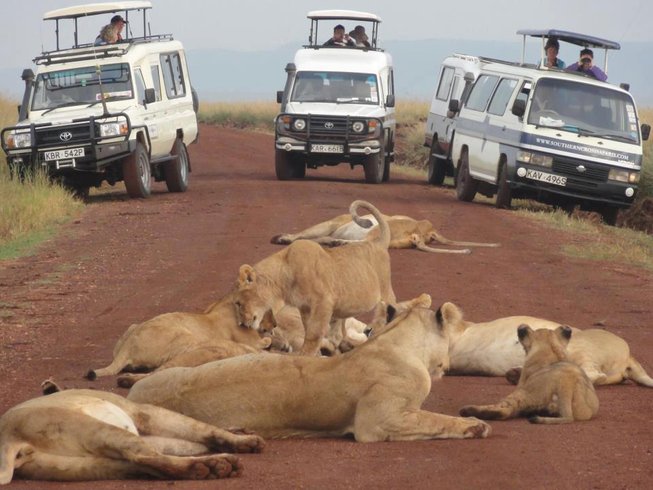 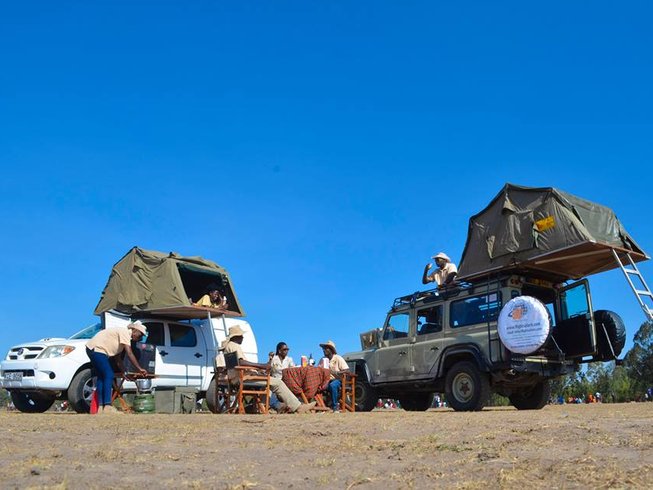 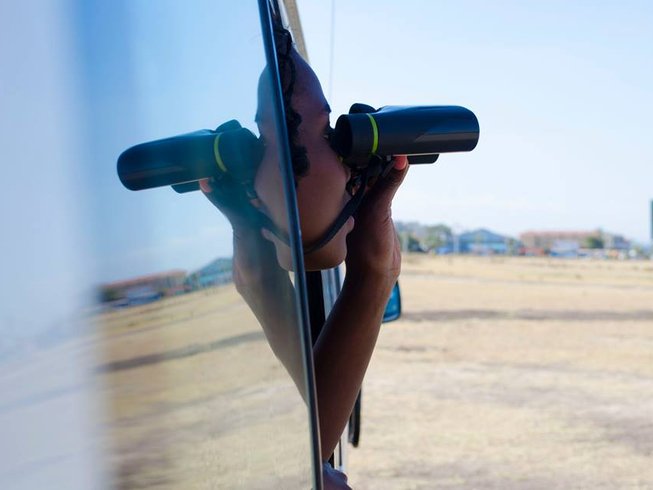 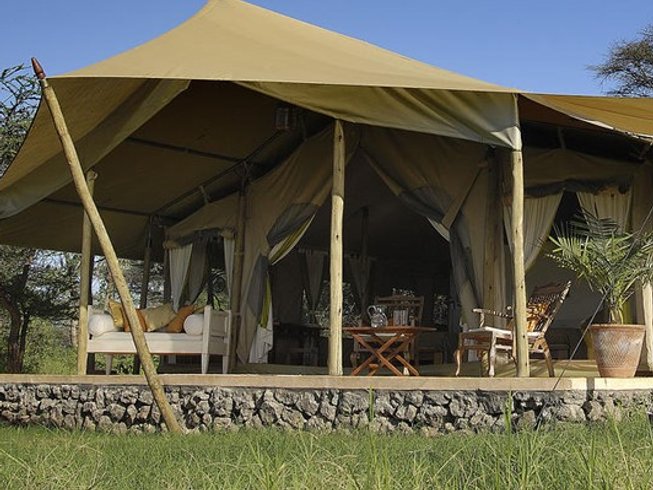 Login to save to your favorites
“Experience the best of Kenya!”
​
Photo
all media

Experience the most famous and impressive game parks in Kenya with Flight & Safaris International! This safari tour will take you to Ol Pejeta Conservancy, Samburu National Reserve, Lake Nakuru National Park, and the great Masai Mara Game Reserve. Be prepared to see an abundance of wildlife, hundreds of bird species, and breathtaking landscapes, and go home with lots of unforgettable memories.

During the safari, you will stay in comfortable lodges and camps for seven nights. Wherever possible, Flight & Safaris International books rooms with private baths and showers on the basis of two people sharing a double room. Single rooms are available at a supplementary cost, but they do not guarantee either single rooms or private bath and shower.

You are met at Jomo Kenyatta International Airport (NBO), briefed, and thereafter depart for Samburu National Reserve via the scenic pineapple countryside of Thika. There will be a brief stopover at the equator, and you will proceed to arrive in time for a sumptuous lunch at the lodge, followed by leisure time.

Your evening game drive will begin at 4:00 p.m. until 6:00 p.m. in search of the big five among the unique species in this game reserve, the Beisa Oryx, the Grevy's zebra, the reticulated giraffe, the Somali ostrich, and other small animals. Dinner and overnight will be at Sarova Shaba Game Lodge or a similar lodge.

You will start your day with an early-morning game drive from 6:30 to 8:30 a.m., followed by breakfast and leisure time, with an optional visit to the Samburu community for a cultural update. This will be arranged by your driver and guide. After lunch, you will enjoy another free time and then proceed to another evening game drive from 4:00 to 6:00 p.m. Dinner will be at Sarova Shaba Game Lodge or a similar lodge, where you will also stay overnight.

After breakfast, you will drive to Ol Pejeta Conservancy, the host to the chimpanzee sanctuary and a shelter for some rare and endangered species. Then you will arrive in time for lunch, leisure, and your evening game drive at 4:00 to 6:00 p.m. After the game drive, enjoy a delicious dinner and spend the night at Sweetwaters Serena Camp or a similar camp.

Have breakfast at 7:00 a.m. and then depart for the famous ornithological lake of Nakuru. En route, the breathtaking Thompson Falls is worth a stopover. You will proceed to arrive in time for lunch, and you can spend the afternoon at leisure.

Your evening game drive will be from 4:00 to 6:00 p.m. in this spectacular park with big cats, black and white rhinos, Rothschild giraffe, and herds of cape buffaloes. Have dinner and stay overnight at Lake Nakuru Lodge or a similar lodge.

After having a hefty breakfast, enjoy a game drive en-route as you exit the park and head to Naivasha. Upon arrival, check-in at your lodge which will be followed by lunch. Afternoon leisure time at the lodge or you can as well do other optional activities in Naivasha at an extra cost. Dinner and overnight at Lake Naivasha Sopa Lodge or a similar lodge.

After breakfast, depart for the majestic Mara and arrive in time for lunch at the lodge or camp. After lunch, you can spend the time as you wish before your evening game drive at 4:00 in search of black-maned lions, herds of elephants, elusive leopards, and cape buffaloes, among other wildlife. Dinner and overnight stay will be at Mara Sopa Lodge or a similar lodge.

Start your day with a morning game drive from 6:30 to 8:30 a.m., followed by a hearty breakfast, rest, lunch, and more time to relax until your evening game drive from 4:00 to 6:00 p.m. After the game drives, enjoy a filling dinner and spend the night at Mara Sopa Lodge or a similar lodge.

Samburu National Reserve is a rugged and semi-desert park located in Samburu District in the Rift Valley Province of Kenya. The park neighbors the homes of the Samburu tribe of Kenya, a tribe known for their remote culture and pastoral and nomadic way of life.

Due to its remote distance and the fact that it was inaccessible for many years, the park has retained a naturally serene and quiet feeling. Besides the numerous wildlife found in this game reserve, the park is also a bird haven.

Masai Mara National Reserve is considered a “must see” for any visitor traveling on safari in Kenya. It is on the to do list of most Kenyan visitors because the park is graced by a wide variety of unique and exquisite wild life and birds. Masai Mara is the best place to see all of the big five animals (elephants, lions, leopards, rhinos, and buffalo) together. The famous wildebeest migration also takes place at the Mara.

Maasai Mara derives its name from the indigenous people of Kenya, the Maasai tribe, and the Mara River that cuts through the park.The Masai Mara provides the best view of the famous wildebeest migration as the animals cross the Mara River between July and August.

Birdlife is as plentiful as wildlife at the Masai Mara, which boasts over 400 different birds species. The park experiences a hot and dry climate with a regular rainfall season twice a year. The reserve’s topography is mainly open savanna (grassland) with clusters of acacia trees along the southeastern area of the park.

The Mara and Talek rivers grace the rolling plains of the reserve. Myriad seasonal rivers appear during the rainy season but dry out once the rains are gone. Maasai Mara National Reserve does not fall under the jurisdiction of the Kenya Wildlife Service (KWS). Instead, it is managed by the local county council of Narok District.

The price includes daily breakfast, lunch, and dinner throughout the safari.

Please book your flight to arrive at Jomo Kenyatta International Airport (NBO). Transfer from and to the airport is included. Flight & Safaris International will pick you up from the airport.