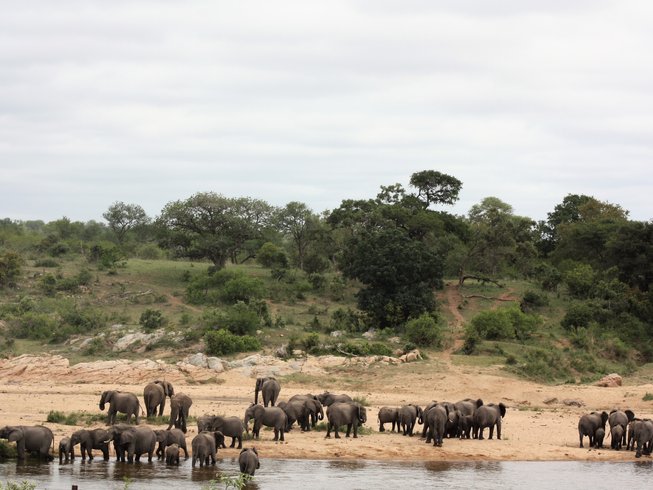 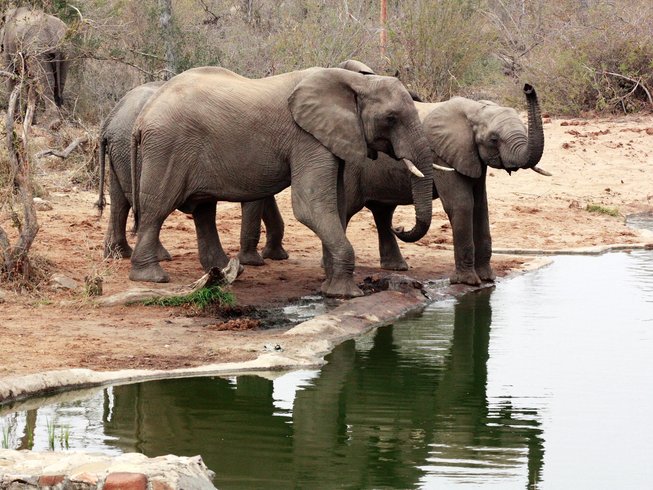 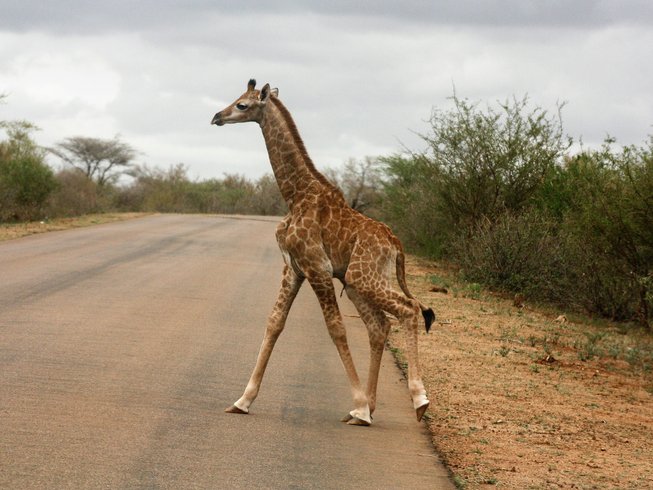 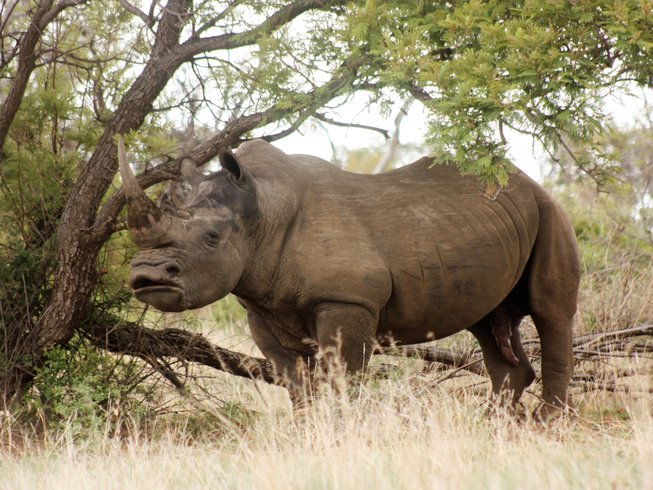 Login to save to your favorites
“Create memories on a safari in South Africa!”
​
Photo
all media

This Safari is ideal for couples, families, and small groups. Travel through the Kruger National Park in a specially adapted safari vehicle and enjoy encounters with pride of lion, herds of elephant and spotting some of the regions diverse birdlife, including raptors. Flight of the Eagle Safaris & Tours classic safari package allows you to discover the diverse animals of the Kruger National Park in the company of an expert guide. You are bound to be entertained!

You will be accommodated in a comfortable bungalow with en-suite bathroom at Skukuza Rest Camp inside Kruger National Park.

Note: This tour runs on a weekly basis. Accommodation is dependant on availability.

In the morning, you will fly from Johannesburg to an airport near or inside the Kruger National Park. Here, you will meet your guide for the safari. You will delight in a leisurely game drive / safari through the pristine wilderness. The area is renowned for its lion sightings as well as large herds of elephant. The birding is excellent and you may even see African fish eagles or martial and tawny eagles.

The adventure will stop at a picnic spot and you'll enjoy a light lunch before continuing your exciting safari. You will keep a lookout for giraffe, wildebeest, buffalo, and zebra. In the late afternoon, you will arrive at your accommodation for the night. You can relax and settle into your accommodation before gathering around a sizzling fire. If you would like to, perhaps, you can explore the camp before having a tasty meal.

After some snacks and coffee, you will set out on an early morning game drive. You will watch as a new day begins and see how the guide follows the tracks of lion or hyena. You can listen as the birds start calling and smell the fresh scent of the bush. You shall explore this complex region and see everything from small creatures such as dung beetles and chameleons, to herds of elephant or an endangered white rhino. You will return to camp for a delicious brunch.

You can spend some time relaxing in camp while enjoying the facilities. In the early afternoon, enjoy a siesta before continuing your adventures in the cool afternoon. The guide will of course track more wildlife. You will return to camp just before the gates close for a refreshing drink and dinner.

It is a new day and you will delve deeper into the scenic bush of the Kruger National Park on a morning game drive. You will drive at a leisurely pace to encounter more animals such as buffalo, kudu, and even the regions smaller creatures such as mongooses, squirrels, or little steenboks. The birding is excellent and you may see the endangered ground hornbill or even a kori bustard. You will return to camp for a hearty brunch and enjoy a few hours at your leisure.

You will then set off on an afternoon game drive and continue to discover the abundant wildlife of the region. In the evening, you will gather around the warm glow of the fire and reminisce about your experience, enjoy dinner at camp, before heading to your bungalow and falling asleep to the distant hoot and laughing of a hyena or call of the lion.

After a hot cup of coffee and some rusks (biscuits), set out on an early morning game drive to make the most of the last few hours of your safari. You can take a few last photos. You will return to camp and tuck into a tasty breakfast before your guide drives you to the airport for your return flight to Johannesburg.

Note: The South African sun is very strong with a high ultraviolet ray rating. Screening products with sun protection factors of 30 and over are recommended. Always take preventive measures that include wearing a wide-brimmed sunhat and sunglasses, applying sunscreen, regularly taking rehydration mixes, drinking plenty of water and fruit juices (at least two liters of liquid daily), avoiding prolonged exposure to the sun, and avoiding excessive amounts of alcohol, which causes dehydration.

South Africa is larger than Germany, France, Italy, Belgium, and the Netherlands combined. It has the world's second largest controlled game reserve, the Kruger National Park. South Africa is also known as 'A World in One Country' due to the contrast in landscapes, climate, and the people. Approximately 55 million diverse people make up the Rainbow Nation.

Almost all citizens expect to be known as South Africans. There are 11 official languages. English and Afrikaans are widely spoken. French, Italian, and German are spoken by staff members in many of the larger hotel, guesthouses, and shops. The major native South African languages are Zulu, Xhosa, and Tswana.

South Africa displays a distinct atmosphere of vibrancy with a cosmopolitan mood. After the 2010 World Cup, visitors to South Africa consider South Africa safer and more beautiful than many of the current highly recommendable holiday destinations in the world. This beautiful country with its wonderful climate and friendly people fall into the category of a tourist destination that must be visited.

South Africa has an enormous variety of flora from forests to bushlands and flower paradises to sandy deserts and an amazing variety of wildlife, ranging from the famous Big Five (lion, leopard, elephant, buffalo, and rhino). It has over 900 classified species of birds, 5000 species of spider, and more than 100 varieties of snakes.

Kruger National Park opened to the general public in 1927 and has a rich natural and cultural history that can be traced back to early mankind. It is undoubtedly one of the world’s greatest game parks and home to the Big Five (lion, leopard, buffalo, rhino, and elephant), a term that was originally used by the hunters and refers to five of the greatest of Africa’s wild animals as well as the most dangerous to hunt.

The park's management plan in controlling elephant numbers initially included culling. However, this practice was stopped in 1994 and translocation were introduced. The park's habitat can only sustain about 8,000 elephants. Kruger supports packs of the endangered African wild dog, of which there are thought to be only about 400 in the whole of South Africa.

Flight of the Eagle Safaris & Tours has been visiting the Kruger National Park for many years. Traveling and experiencing the diversity, and especially the wildlife has always been their passion. It gives them great pleasure sharing such a passion and knowledge of the country's natural beauty with the appreciative traveler and they would love to take you there!

During this safari, you will be served authentic South African cuisine. You will have one breakfast, two brunches, two dinners, bottled water while on game drives, and a glass of wine with dinner.

Please book your flight to arrive at O. R. Tambo International Airport (JNB). Transfer from and to the airport is included. Flight of the Eagle Safaris & Tours will pick you up from the airport.