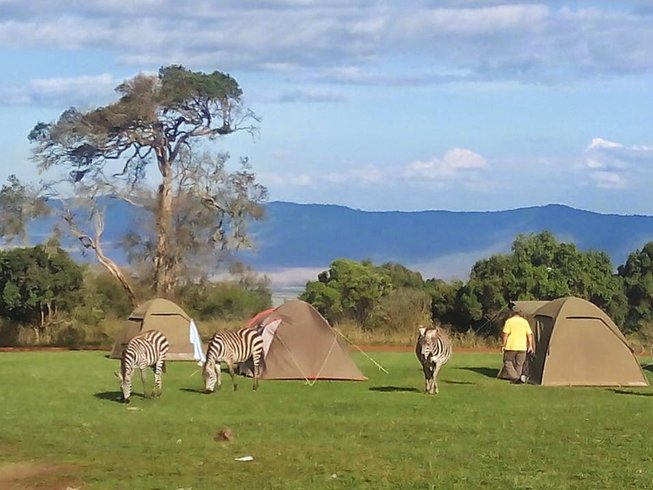 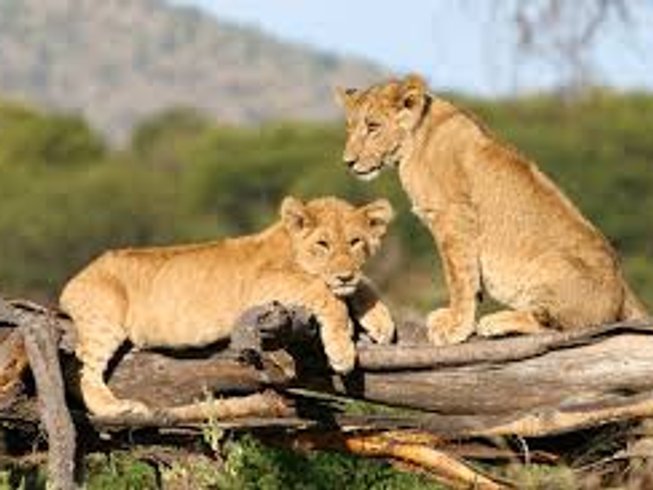 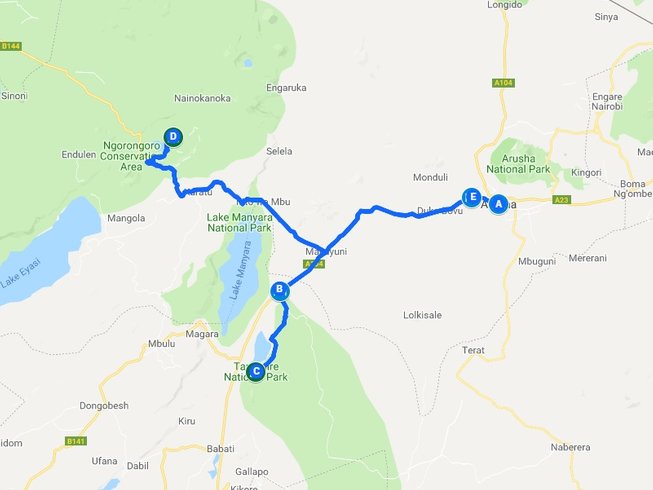 4 Day Best of Tarangire and Ngorongoro Safari in Tanzania

Fig Tree Tours and Travel invite you to join them on a one-of-a-kind safari that will take you from Arusha through Tarangire National Park and the Ngorongoro Conservation Area which includes descending into the Ngorongoro Crater for an amazing tour and observing the wildlife in their natural habitat. Ngorongoro Crater is an authentic oasis for the most majestic animals in Africa, like lions, leopards, buffaloes, elephants, as well as birds like flamingos, geese, storks, and vultures.

On the first and last nights, you will be accommodated at a hotel in Arusha. The second and third nights will be spent at Sunbright Campsite and Lodge.

Situated on the outskirts of the vibrant village of Mto Wa Mbu, you will experience the Sunbright Hospitality in a quiet, natural environment. The campsite also includes an outdoor pool. Guests can enjoy a drink at the on-site bar.

There are lots of activities in the area, such as biking, canoeing, and hiking. Hippo Pool is 4 miles from Manyara Sunbright Lodge and Campsite.

Upon your arrival, you will be picked up from Kilimanjaro International Airport (JRO) and transferred to your hotel in Arusha.

After breakfast and a briefing, you will be picked up from your accommodation in Arusha by your driver guide and depart for Tarangire National Park where you will have a game drive. You will spend the night at Sunbright Campsite. Tarangire embodies streams and low-lying hills on the nice valley floor. Its natural vegetation consists mainly of solid ground with trees, big African Adansonia Digitata trees, and big swamp areas.

Each of the streams, and therefore the swamps, act as a sort of magnet for the native wildlife throughout the African landscape. Tarangire National Park is home to three rare species of animals, the koudou, the fringed-eared pasang, and the ash-grey starlings.

After an early breakfast, depart for Ngorongoro and descend into the crater floor for a game drive. In the afternoon, ascend to the rim for Arusha. Ngorongoro Crater is located 190 kilometers from Arusha, with a diameter of 19.2 kilometers, a depth of 610 meters, and a total length of 304 square kilometers. You can find lions, leopards, buffaloes, and elephants sleeping in this glorious volcanic crater, and plenty of flamingos on the Soda Lake. Geese, storks, and vultures can also be observed.

Have a break for lunch at Ngoitoktok picnic site. Ngorongoro Crater is a large extinct volcano. Its high tree-lined walls drop thousands of feet into a Noah’s Ark of animals on the abundant floor below. Nowhere else will such a marvelous diversity of wildlife be found in such a brief amount of time.

You will be transferred to Kilimanjaro International Airport (JRO) for your departure flight.

Tarangire National Park is the sixth largest national park in Tanzania. It is located in Manyara Region. The name of the park originates from the Tarangire River that crosses the park. Tarangire River is the primary source of fresh water for wild animals in the Tarangire Ecosystem during the annual dry season.

During your stay, you will be provided with breakfast, hot lunch or picnic lunch, and dinner while on safari. Vegetarian and other special diets can be accommodated. Please let Fig Tree Tours and Travel know ahead of time. Protein options may be minimal on a vegetarian diet, so you may want to bring protein supplements.

Please book your flight to arrive at Kilimanjaro International Airport (JRO). Transfers from and to this airport are included. Fig Tree Tours and Travel will pick you up from the airport.

Facebook Twitter Email Whatsapp
2 reviews
Value for money
Accommodation & facilities
Food
Location
Quality of activity
Organized by Fig Tree Tours and Travel
Fig Tree Tours and Travel Ltd was created out of love for the native Tanzanian with a passion for sharing its wonders with travelers from all over the world.
Arusha, Tanzania
The organizer also speaks: French, German