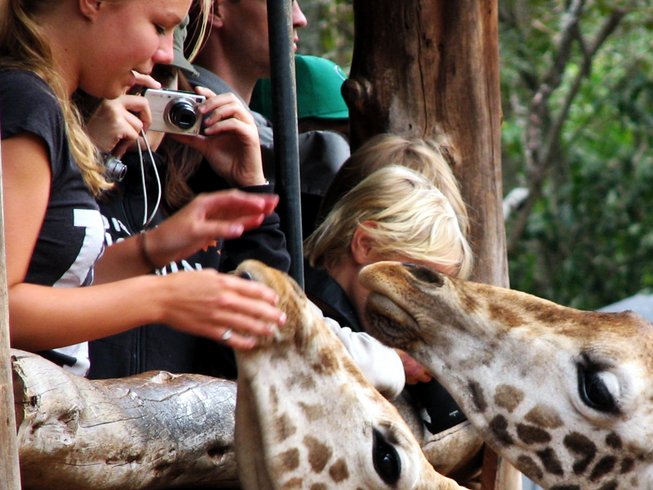 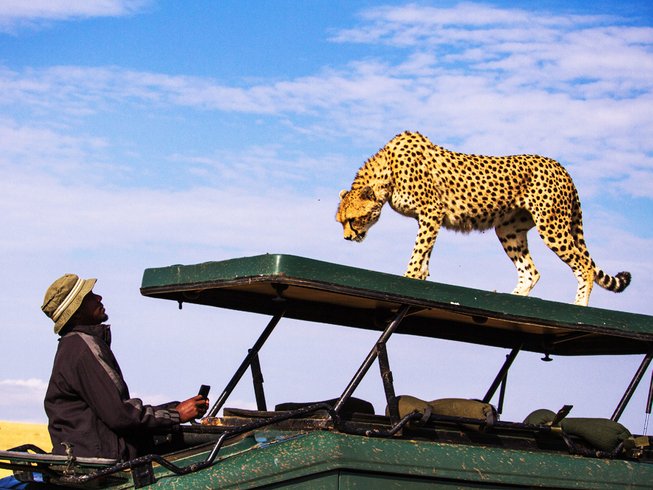 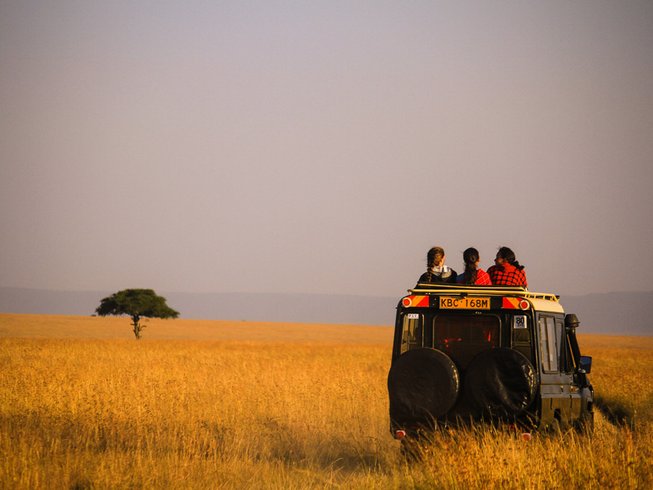 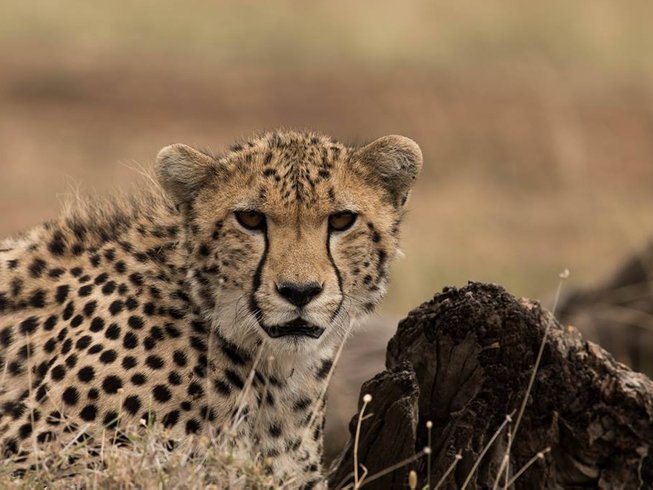 Login to save to your favorites
“Catch a glimpse of the Big Five!”
​
Photo
all media

Get ready for an excellent wildlife experience in Kenya with Features Africa Journeys! Kenya is a remarkable safari destination. With a thriving population of a wide range of African mammals, it remains among some of the most preferred destinations for a wildlife safari. In this Kenya safari, you will visit some of the notable parks in the country, including Samburu, Lake Naivasha, Ol Pejeta, and the iconic Maasai Mara.

During this safari, you will be provided full board accommodations in the various national parks you will visit. You will spend your first and second night at Samburu Sopa Lodge in Samburu Reserve.

On your third night, overnight will be at Sweetwaters Serena Camp, a sheltered oasis clustered around a waterhole and set in the pristine calm of the private Ol Pejeta Conservancy. The camp offers a charming blend of under-canvas ambiance and safari luxury. For your fourth night, Lake Naivasha Sopa Lodge will be your home. On the last two nights of your safari, you will stay at Ashnil Mara Camp.

You will be picked up from your hotel in Nairobi and will be met by the safari representative for a short safari briefing and introduction to your Kenya safari. You will then depart Nairobi heading north through the rich agricultural region with coffee, wheat, and horticulture farms among other plantations.

You will cross the equator at Nanyuki and proceed north before descending from the cool highlands into the wildlife rich northern savannah woodlands. Arrive at Samburu National Reserve in time for lunch and an afternoon game drive.

The Samburu Reserve is one of the lesser-known national parks but is nevertheless teeming with life. Situated alongside the Ewaso Nyiro River, there is plenty to attract wildlife from the surrounding savannah plains. The reserve is rich in wildlife with an abundance of rare northern specialist species, such as the Grevy’s zebra, Somali ostrich, reticulated giraffe, gerenuk, and the beisa oryx (also referred to as the Samburu Special Five).

Spend the full day in Samburu, with morning and afternoon game viewing drives included. During the hot day, you can choose to visit the local communities living adjacent to this game reserve or relax by the swimming pool.

After breakfast, you will depart from Samburu with a game drive en-route, driving into the scenic Aberdare Ranges. You will arrive at the Ol Pejeta in time for lunch and afternoon rest. Ol Pejeta is East Africa’s largest black rhino sanctuary, the only place in Kenya to see chimpanzees. You will have an early evening game drive around the Ol Pejeta Conservancy, and return to your camp in time for dinner.

After breakfast, depart from Ol Pejeta, driving into the scenic rift valley escarpment before finally checking into the Lake Naivasha in time for lunch and your afternoon game drive.

The Lake Naivasha ecosystem comprises of the freshwater lake, surrounded by mainly savannah grasslands and acacia forest. The park supports a wide ecological diversity of water birds being the major attractions of the area. The ecosystem also provides for different species of mammals, including the giraffe, hippo, and other small mammals.

You will have an early breakfast and depart your camp heading for the Maasai Mara National Reserve. You will drive into Maasai land, passing through the Kedong and Suswa plains, making a stopover at the Maasai town of Narok. Continue toward the Maasai Mara, arriving in time for lunch and an afternoon game drive.

This is probably one of Kenya’s most visited game reserve with an extraordinary density of animals, including the Big Five and many other varieties of plains game. The Mara River cuts through the Mara-Serengeti ecosystem giving life to the two game reserves, finally pouring out into the Lake Victoria.

Impressive and most notable is the wildebeest, zebra, and gazelle instinct led migration from the Serengeti in Tanzania to the Maasai Mara in Kenya. This journey is coupled by numerous obstacles which makes it even more magnificent.

Depending on the wildlife migration patterns and the weather, you could either opt for morning and evening game drives or alternatively venture out for a full day. Other optional activities on this day would be an early morning balloon safari over the Maasai Mara plains or a visit to the nearby traditional Masai communities.

After breakfast, you will leave Maasai Mara. Enjoy an extra game viewing in and out of the park as you drive through the Loita plains and the floor of the Great Rift Valley, arriving in Kenya’s capital city of Nairobi early afternoon.

Aside from game drives, you can visit a local Masai village for a cultural experience.

This safari holiday will take place in some of the best national parks in Kenya, including Samburu National Reserve, Ol Pejeta Conservancy, Lake Naivasha, and Maasai Mara National Reserve.

You will be served three daily meals and an unlimited supply of bottled water in the safari vehicle.

For an additional cost, you can enjoy a spectacular hot air balloon ride over the Maasai Mara plains on the sixth day of the safari.