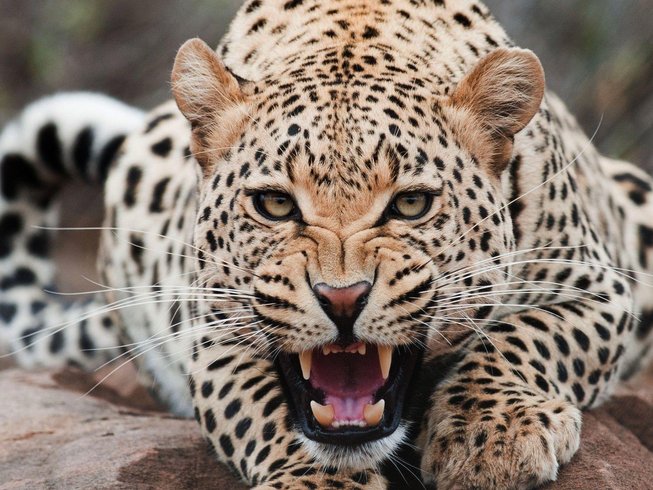 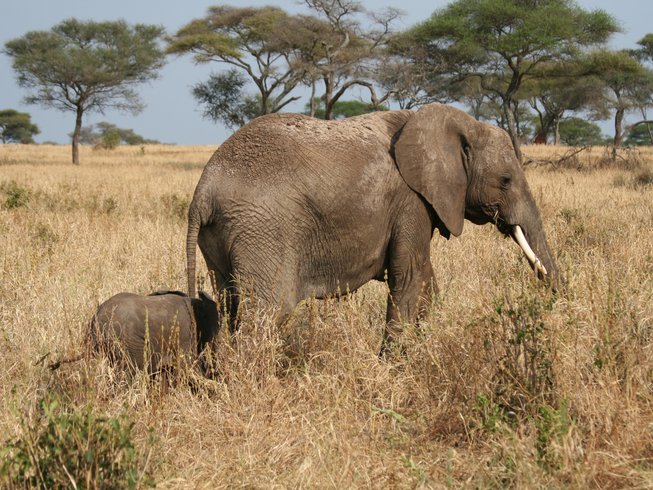 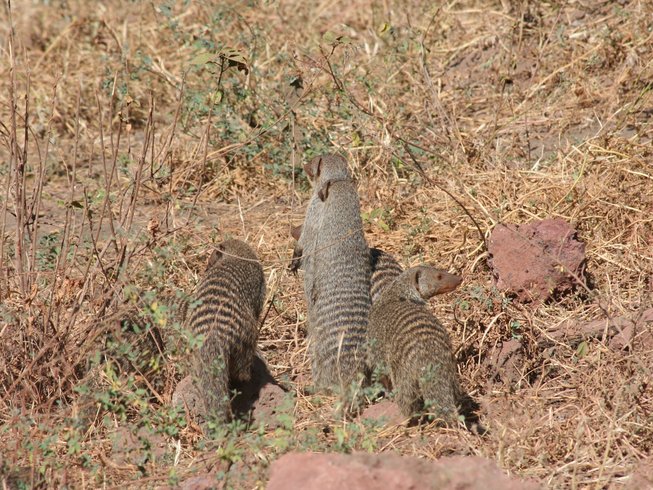 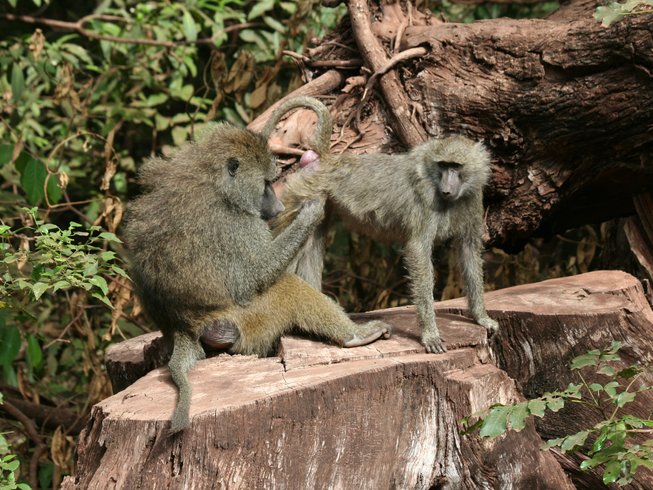 Login to save to your favorites
“Enjoy the most fantastic wildlife safari!”
​
Photo
all media

This camping safari will take you to the world’s most visited parks: the Serengeti National Park and the Ngorongoro Crater. The Serengeti National Park is one of the best-known wildlife sanctuaries in the world and symbolizes the classic African safari. While the Ngorongoro Carter has a breathtakingly beautiful setting and the best place in Tanzania to see the Big Five. Come and join this fantastic wildlife safari adventure!

You will be provided with two nights accommodation in a budget standard camping inside the Serengeti National Park.

On arrival at either Arusha Airport or Kilimanjaro Airport, we will transfer you freely to a budget hotel in Arusha, where you will stay on a bed and breakfast.

After breakfast, you will drive to the lush crater uplands, where the fertile soil allows crops such as wheat, corn, and coffee to grow. You will have lunch at a picnic spot before you slowly drive towards the Ngorongoro Crater.

On the way, you will pass the Olduvai Gorge, where the English couple, Louis and Mary Leak, pioneered archaeological excavation work. In the sixties, some of the earliest archaeological deposits of human evolution were found there and a small museum, which you can visit optionally, reports these discoveries.

The name Serengeti originates from the Masai word Siringitu and means endless plains. You can see why the Masai gave this region this name as the grassland savannah stretches to the horizon in the south and is only interrupted by the so-called Kopjes. In the afternoon, you will reach the destination for the day, the Seronera Valley in the central Serengeti area. You will stay overnight at a budget camping inside the Serengeti National Park.

After breakfast, you will continue the game drive through the Serengeti National Park. You will sight hundreds of wildebeests and zebras and often lions and other big cats such as leopards and cheetahs in the Seronera Valley. After lunch at a picnic site, you will drive in the direction of the Ngorongoro Crater. As soon as you have reached the edge of the crater, the caldera opens up before you and you will have a remarkable sight over the impressive natural wonder.

You will stay overnight at a budget camping inside the Serengeti National Park.

After an early breakfast, you will drive down into the crater. The Ngorongoro Crater is the largest unbroken caldera in the world and fascinates with unbelievable wildlife diversity.

On the grass steppe and in the acacia tree woods, you will find almost all species that are found in the East African savannah; with the exception of topis, Masai giraffes, and impalas. Quite often, you can observe the Big Five (lions, elephants, buffalos, rhinoceros, and leopards) within a couple of hours. Later, you will drive to Arusha at 4:30 p.m., approximately, to then be transferred to the airport for your departure.

This safari adventure will take place at Serengeti National Park and Ngorongoro Crater in Tanzania. Tanzania is a land of contrasts, majesty, and the wildest and unexplored place in Africa. There is the snow-capped summit of Mount Kilimanjaro and the sun-kissed beaches of Zanzibar, the vast herds of game grazing on the Serengeti plains and the slow volcanic eruption of Ol Donyo Lengai.

With so much natural wealth, it is no wonder that Tanzania has something for everyone. However, if you are considering a trip to Tanzania then you have the famous reserves in the north of the country, the quieter slower paced southern circuit, and also the ‘wild’ western circuit.

For this tour, you will be given bottled mineral drinking water.

On the first day, you have an option to visit a museum in Olduvai Gorge where you can see some of the earliest archaeological deposits of human evolution that were discovered by an English couple, Louis and Mary Leak.

Facebook Twitter Email Whatsapp
Organized by Fantastic Safaris
As the name implies, Fantastic Safaris is a tour and safari operator that has distinguished itself from the crowd for its commitment to fantastic services.
Arusha, Tanzania