8 Days Tanzania Wildlife Lodge Safari
This listing has no upcoming availability. Check out these similar experiences 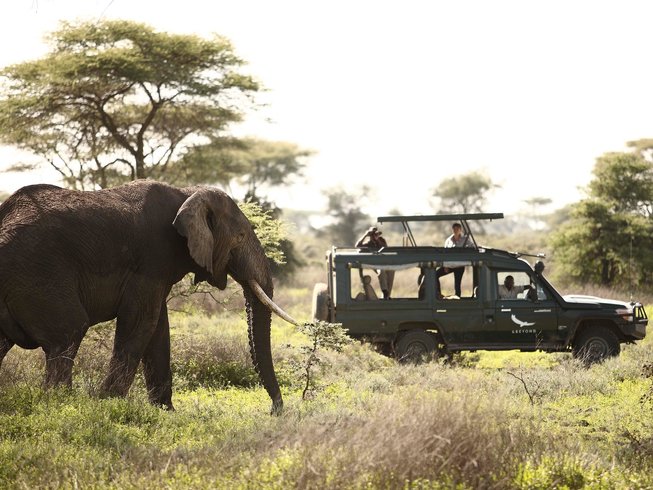 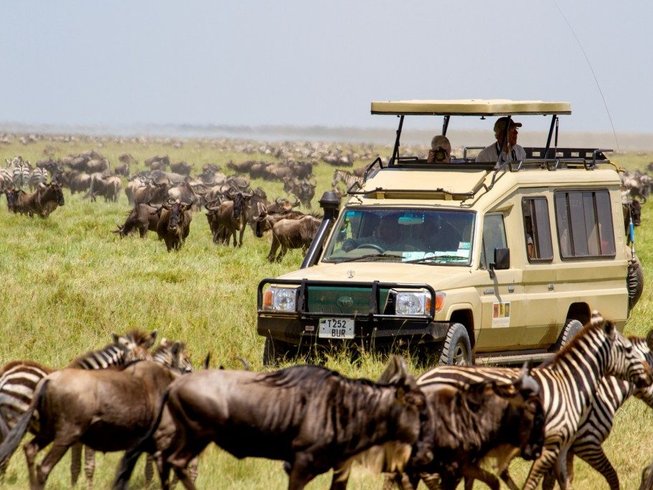 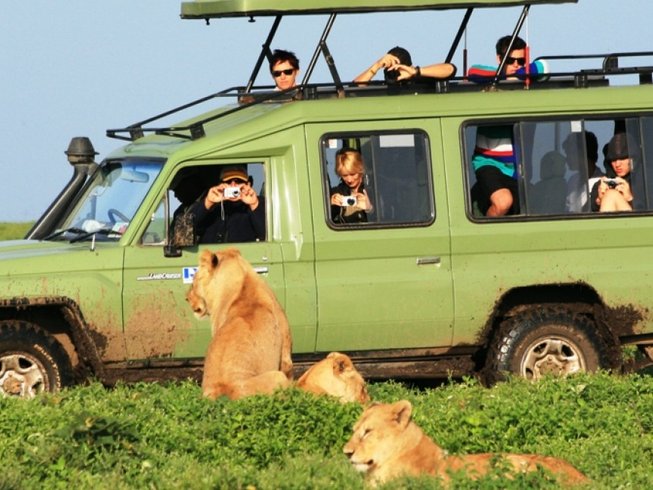 Login to save to your favorites
“Step into the dreamy, exclusive safari.”
​
Photo
all media

This is an exclusive Big Five Northern Tanzania Lodge Safari that will cover the four splendid Northern Tanzania's national parks namely Serengeti, Ngorongoro crater, Lake Manyara and Tarangire. This tour will give all of you the best touch of an indigenous African safari viewing of lions, elephants, thousands of wildebeest, African buffalos, and many more that you dream to see in Africa. Don't lose your chance to enjoy a wide array of activities from game drives to eco and cultural tours!

You will be accommodated for 7 nights in safari lodges and tented camps as per the itinerary. The accommodation on the day you arrive is included. Additional accommodation at the end of safari can be arranged at extra cost.

Meet and greet at the airport at the appropriate arrival time and transfer to hotel in Arusha booked on a bed and breakfast basis. Dinner at extra cost.

After breakfast at your hotel, you will be picked up to start your safari and after an approximate two-hour drive, you will arrive at the Tarangire National Park. Giant baobab trees, bush savannah, and the seasonal marshes add to the wonder of this nature reserve.

The Tarangire National Park is considered as one of the best places to view elephants up close, not only because there are thousands of animals, but also because they are not disturbed by the presence of vehicles.

The park is also home to buffaloes, zebras, and wildebeests which are always closely followed by a range of predators such as lions. Leopards are seen now and then, but cheetahs are rarely spotted. From the open roof of the safari vehicle, you will be able to absorb the landscape and watch the animals.

After this wonderful experience, the journey takes you to the Lake Manyara National Park. The park is known for its over 400 bird species, primate-filled forests, and grassy plains.

A large area of the park is covered by the alkaline Lake Manyara, the seasonal breeding grounds for large colonies of flamingos and many more waterfowls. The park is also home to giraffes, hippos, wildebeests, impalas, and groups of noisy monkeys and baboons. You will enjoy a picnic lunch.

After breakfast, you will depart via the cooler highlands towards the southern Serengeti and at midday, you will reach the plains of the Serengeti National Park. This park is the largest in Tanzania and has a diversity of habitats and landscapes - short grass plains, savannah, thick bush, swamps, and lakes.

Bizarre rock formations called kopjes dot the grassy landscape where predators are often seen. The Serengeti is famous for the yearly migration when hundreds of thousands of wildebeests and zebras trek to find fresh grass and water.

The entire day is dedicated to game viewing in the Serengeti National Park. The areas that you visit will depend upon where the migrating herds are. Predators usually follow closely behind the trekking animals and include lions, leopards (in the acacia trees), and cheetahs.

During the short rainy season in November and December, the herds move from the hills in the north to the plains in the south. During the longer rainy season from April to June, they return up north.

As the migration is completely dependent on the yearly rainfalls, the location of the herds may vary from year to year, but your guide will know where to locate the animals and where to see them best.

You will enjoy a final game viewing in the Serengeti National Park and depart after lunch to continue your journey to the Ngorongoro Farm House in Karatu, where you will have an afternoon walk in the coffee plantation to learn more about the cultivation and processing of coffee.

Rise and shine! After breakfast at daybreak, you travel back to the Ngorongoro Conservation Area before you drive down into the crater. The massive collapsed volcano is home to over 25,000 mammals ranging from the Big Five - lion, elephant, buffalo, rhino, and leopard to spotted hyenas, rare wild dogs, and some of the more than 500 bird species of the area.

After a leisurely breakfast, you will travel back to Arusha where you will arrive around midday. You will be dropped off at a hotel of your choice or at the airport to depart.

Your safari destination is Tanzania and the tour will start and end in Arusha. This tour covers the four of the most popular national parks in Tanzania:

Please book your flight to arrive at Kilimanjaro International Airport (JRO). Exciting Africa Holidays will pick you up from the airport. The transfer from and back to the airport is included in the price.