8 Day Kathmandu, Pokhara, and Chitwan Wildlife Tour in Nepal
This listing has no upcoming availability. Check out these similar experiences 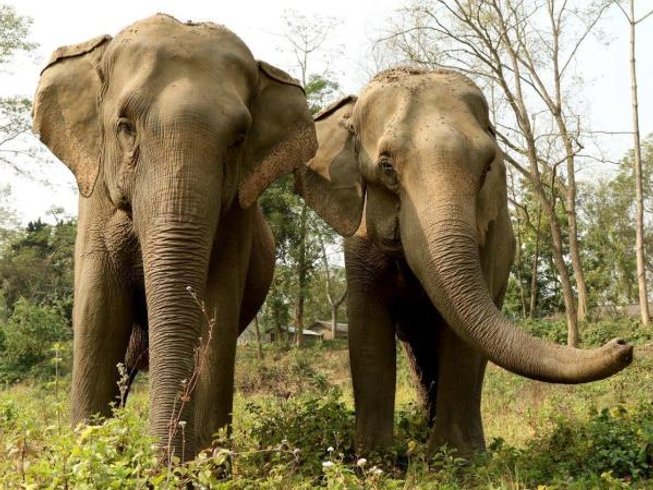 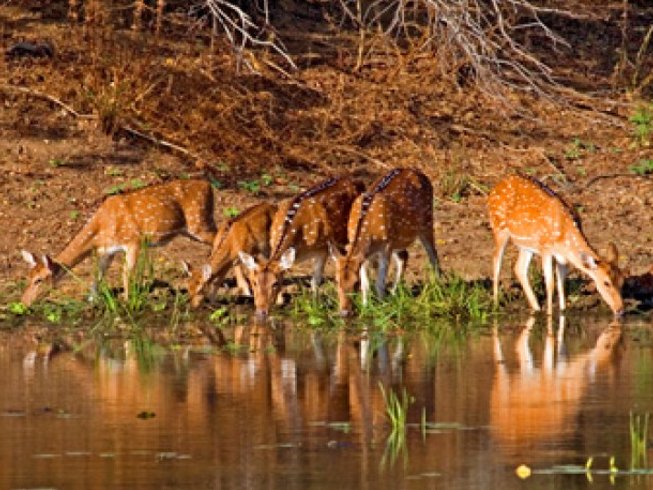 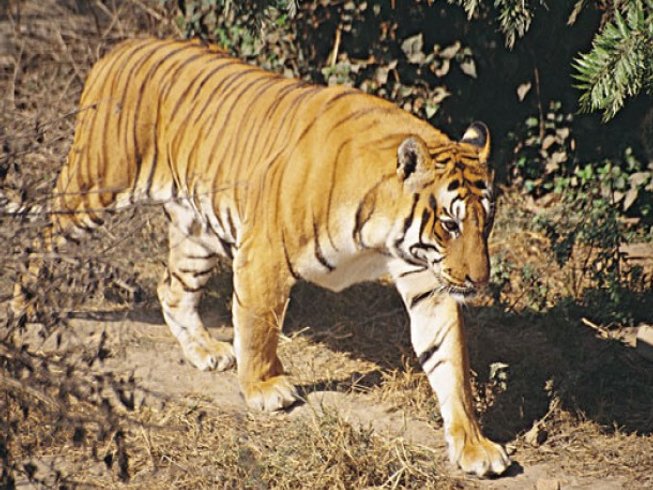 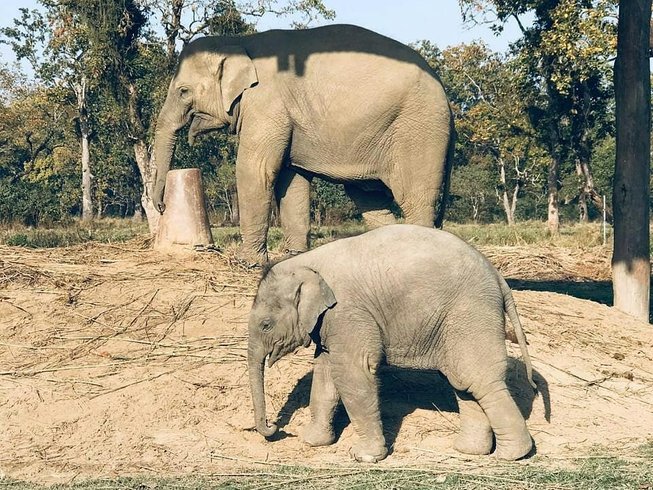 Login to save to your favorites
“See history, culture, wildlife, and mountains”
​
Photo
all media

History, culture, wildlife, and mountains, all in one trip is a very rewarding trip designed for people of all ages. Kathmandu, Chitwan, and Pokhara are the most popular and most visited places of Nepal and all these three places are known for their distinct features. Kathmandu, the capital is the center of Nepal's history, culture, art, and economy. Chitwan with its rich flora and fauna is famous for its National Park, the first in Nepal. Whereas, Pokhara is the base for trekkers due to its proximity to Annapurna Mountain range. Thus, these three places with three different tastes provide travelers with an insight of Nepal in their short stay.

Eve Holidays will provide a three-star hotel accommodation for the entire trip on a twin sharing basis. The hotels offer the facilities of attached bathrooms with hot shower, dining place, a bar and internet service. You can upgrade the accommodation to a five-star hotel or can have a single supplement for the entire trip for an additional charge.

On arrival at Tribhuvan International Airport (KTM), a representative from Eve Holidays will greet you at the airport and escort you to your hotel. You’ll have rest of the day at leisure to freshen up and relax.

Pashupatinath Temple: Pashupatinath, a pagoda style Hindu temple dedicated to Lord Shiva is considered to be the powerhouse of Hindu spiritual power in religious terms. Situated amidst a lush green natural setting on the bank of the sacred Bagmati River, the temple is 6 kms from Kathmandu city. Behind the temples are the cremation grounds.

Boudhnath Stupa: Listed in the UNESCO World Heritage list, this enormous stupa where thousands of pilgrims gather daily to make a ritual circumnavigation of the dome, beneath the watchful eyes of the Buddha, which gaze out from the gilded central tower. This is one of the few places in the world where %Tibetan Buddhist culture is accessible and unfetered, and the lanes around the stupa are crammed with monasteries and the surrounding is a paraphernalia for Buddhist life.

Kathmandu’s Durbar Square: Is one of three royal palace squares in the Kathmandu Valley. This site was the royal residence until the 19th century where important ceremonies, such as the coronation of the Nepalese monarch use to take place.

Swoyambhunath Temple: This Buddhist Stupa, said to be 2000 years old is a perfect architecture of gilded spire and white washed dome located under thousands of fluttering prayer flags. From the spire, four faces of Buddha stare out across the valley in the cardinal directions. The entire structure is symbolic.

Day 3: Drive to Chitwan and village tour with cultural dance

After driving for five hours, you reach the lodge in Chitwan National Park where you spend two nights. You freshen up and go for village tour to a nearby ethnic Tharu village where you will learn more about the life and lifestyle of the Tharus and also visit the National Park visitor’s center where you can learn more about the history of the National Park and about wildlife and sun set view from the bank of Rapti River. In the evening you watch and join the Tharu cultural dance presentation by the local villagers in which you can participate or slide show presentation on almost everything under the Chitwan.

After breakfast in the lodge, you go for canoe ride along the Rapti River which is an excellent opportunity for bird watching and for seeing the rare species of crocodiles; the marsh mugger and the fish eating gharial and a jungle walk on the way back one can enjoy the elephant bathing. After lunch, you go for jeep safari which is an excellent opportunity to see different kinds of animals such as deer, rhinoceros, wild boar, monkey, leopard, sloth bear, and the royal Bengal tiger.

Day 5: Have breakfast and drive to Pokhara

Enjoy your breakfast and drive to Pokhara and drop you at your hotel. Situated about 200 km west of the capital Kathmandu, Pokhara is one of the most popular tourist destinations in Nepal and is the second most populous city in the country. Due to its proximity to the Annapurna mountain range the city is also a base for trekkers undertaking many short or long treks. The serene of lakes and the magnificence of the Himalayas rising behind them makes Pokhara an ambience of peace and magic.

Just at a distance of 45 minute drive, Sarangkot is a beautiful village best known for its sunrise, where on a clear day you can see an unobstructed view of the Annapurna range, Dhaulagiri range, and Fishtail. After viewing the ethereal lightshow in the mountains, you can go for paragliding adventure (optional).

Phewa Lake is a semi natural freshwater lake at an altitude of 742m located in the south of the Pokhara. The Annapurna range on the north is only about 28 km (linear distance) away from the lake, and the lake is famous for the reflection of mount Machhapuchhre and other mountain peaks of the Annapurna and Dhaulagiri ranges on its surface.The Barahi Temple is situated on an island in the lake and thick forest lies on the adjoining southern slopes of the lake.

Davi's fall: Locally known as Patale Chhango is an awesome waterfall lying about 2 km south-west of Pokhara airport on the highway to Tansen. The water that feeds the Davi’s Fall comes from the Phewa Lake, which follows a rocky stream to eventually rush down the waterfall and disappear. The passages that run under the ground are connected to the hole below the waterfall.

The best time to view this spectacular sight is during the monsoon season when there is a high rainfall and the summer season. An interesting modern legend says that a foreigner named David was dipping in the Pardi Khola (river) when the floodgates of the dam were opened, sweeping him into an underground passage beneath the fall, never to be seen again.

Day 7: Drive to Kathmandu and drop to your hotel

You spend your last evening in Kathmandu in a farewell meal together sharing photos recalling the excitements of trip and exchanging emails in one of the traditional Nepalese restaurant.

Today after breakfast you are in leisure on your own. You will be escorted to airport for your flight home at your flight time.

Note: Private cars/van/hi-ace and shared tourist bus with air conditioning will be used for this tour.

All the restaurants that you dine at cater for continental, Chinese, Mexican, and American based cuisine with some local influences. There is always plenty to choose from. While in Kathmandu and Pokhara you will have buffet breakfast in the hotel where you stay and a farewell dinner on the last day. While in Chitwan, you are provided with all three meals per day (breakfast, lunch, and dinner).

Please book your flight to arrive at Tribhuvan International Airport (KTM). Transfer from and to the airport is included. Eve Holidays will pick you up from the airport.