Mostly residing in the grasslands of sub-Saharan Africa, unlike many other big cats, lions are extremely social creatures. They are usually found in a pride of about 30 and often do everything from hunting to resting as a group.

But where exactly in Africa would you likely to encounter this special member of the Big Five?

Here are the top destinations you ought to visit if you’d like to get up close & personal with the majestic African lion: 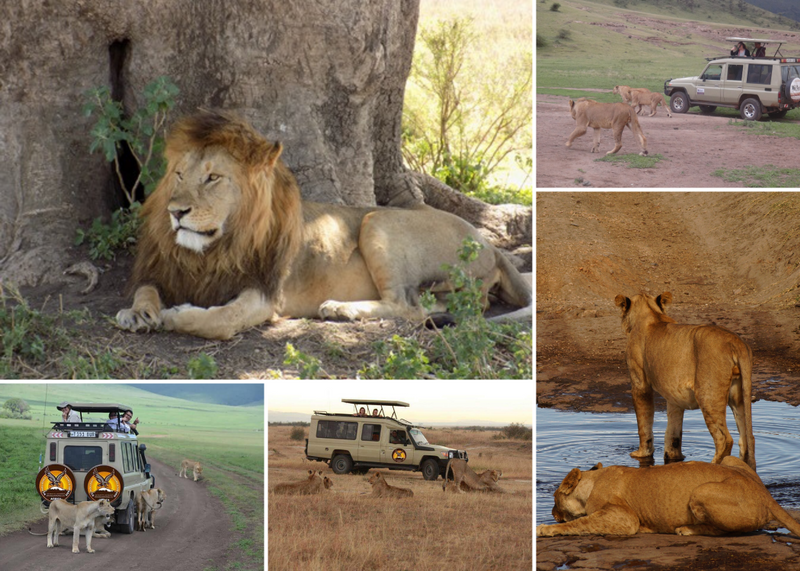 Want to check out a region with one of the highest concentration of lions in the world? Tanzania should be your first stop. Tarangire National Park is just outside the city of Arusha and has about 1,000 square miles (2500 square kilometers) of land, ranging from swampy areas and rivers, to dry ground for the animals to roam in their natural habitat.

The park is home to thousands of animals and over 550 species of birds. What is truly unique about the lions you’ll find in Tarangire is that unlike the majority of lions, they tend to climb into the trees rather than lie in the shade below the trees.

Why do they do this – you asked? Well, most believe that because there are so many flies in the ground in this part of Africa that the lions often seek refuge from these pesky critters by ‘hiding out’ in the trees. 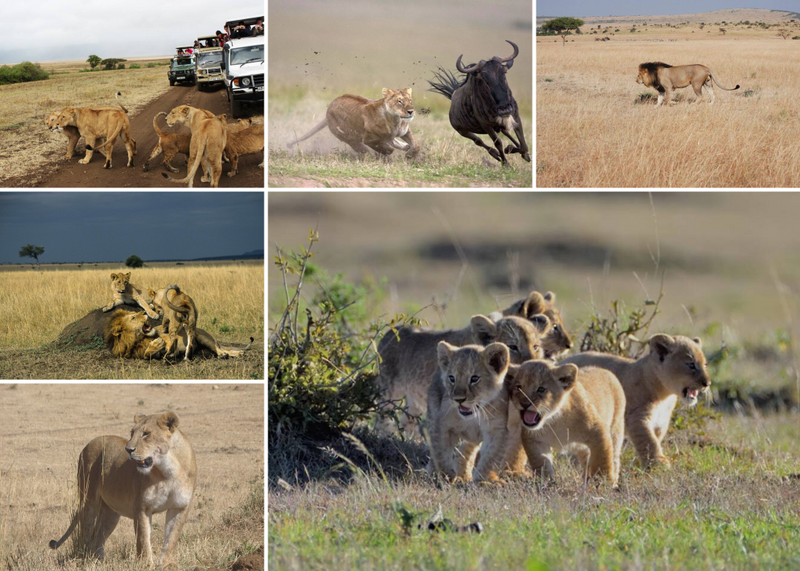 This famous reserve is located on Kenya’s border with Tanzania, just across Serengeti National Park. Maasai Mara is home to about 580 square miles (1500 square kilometers) of open grassland and is named after the Maasai people of Kenya, who inhabited the area between Kenya and Tanzania.

The reserve is particularly famous for the large populations of lions that can be found there. You’d also be interested to know that these lions are outright ‘celebrities’!

They’re the stars of various popular lion documentaries, including Big Cat Diaries on BBC. Watch the kings of the jungle as they seek shade and rest under the few Acacia trees. For more lions, follow the Mara-Serengeti area into the Serengeti National Park in Tanzania. This park houses the oldest lion research project in Africa. 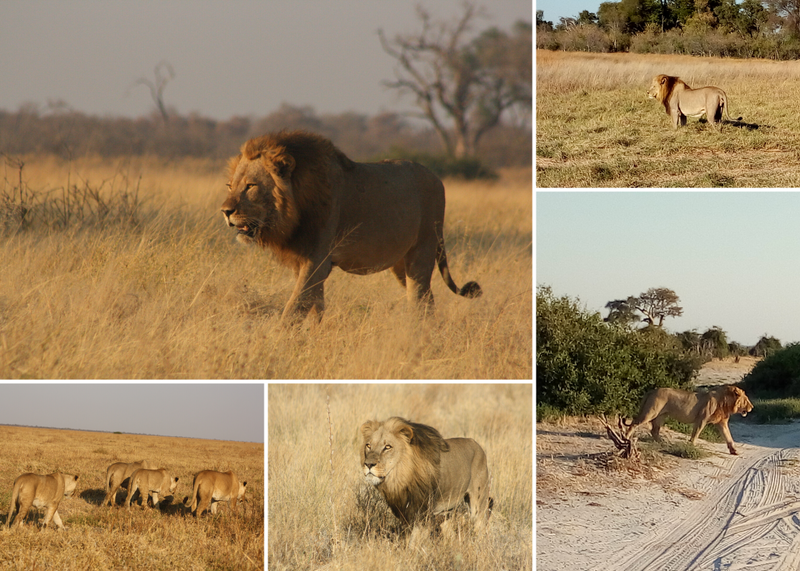 Northern Botswana is another area known for large populations of lions. Near the city of Maun, Moremi Game Reserve is located, with nearly 2,000 square miles (5000 square kilometers) plot in the Okavango Delta. Tours through the reserve are offered in 4x4 vehicles or in a dug-out canoe known as a mokoro.

Both the Moremi Game Reserve and the Okavango Delta are home to some of the world’s largest populations of lions, giving you plenty of opportunities to see these majestic animals. 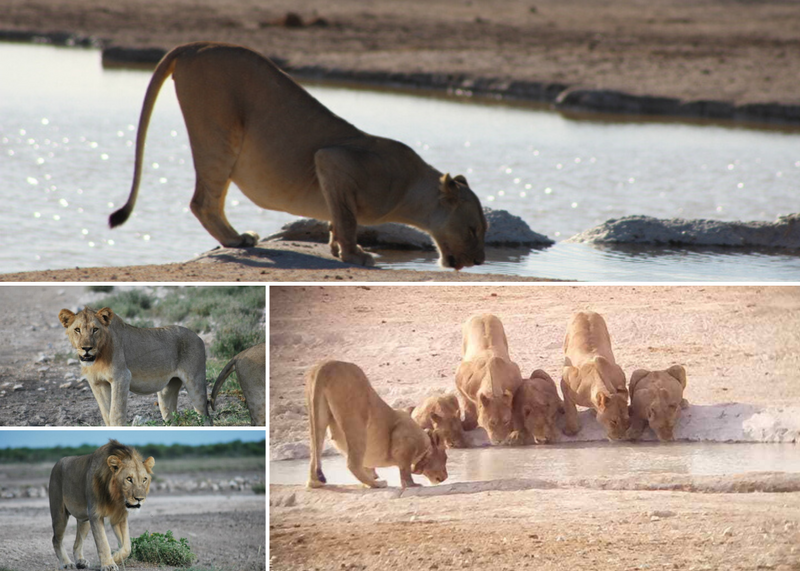 Lions in Namibia are quite unique. Contrary to living in grassland climates, lions in this area are accustomed to living in desert climates. Etosha National Park in Northern Namibia has the easiest accessible place to view lions, however, it isn’t in the desert region. Etosha’s lions are also extremely important to conservation.

If you’d like to ‘meet’ these lions, your best bet is to check out the remote Kaokoland or Damaraland regions of the country. The lions here live near the dry Skeleton Coast and are accustomed to the barren vegetation and dry sand dunes, not to mention the general lack of water. The best time to visit the lions of Namibia is during the winter months of June through October. 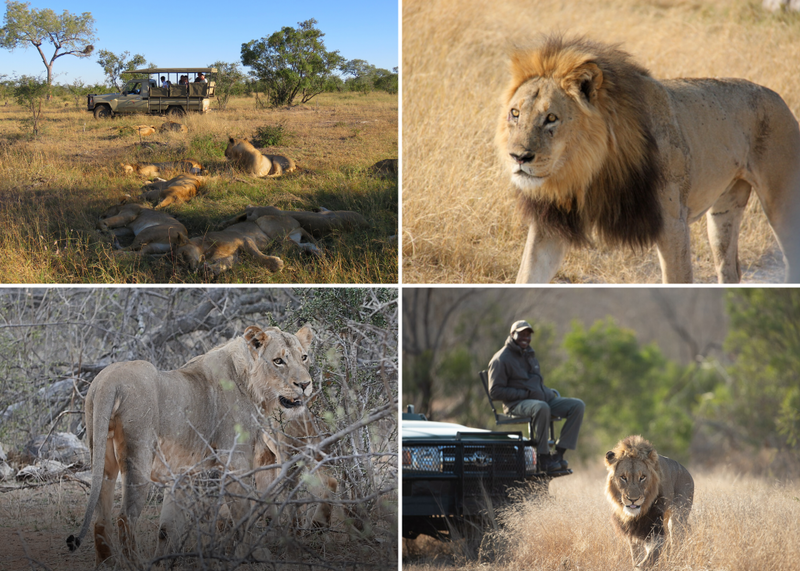 In the Northwest corner of South Africa, Kruger National Park is set against the border between South Africa and Mozambique. This world-renowned park is roughly the size of New Jersey and is home to large populations of wild lions. For the best sightings, head to the central area of the park, home to large, open plains where lions are more likely to be on the prowl or just lounging around.

Note: In any of the countries we mentioned above, be wary of lion petting zoos. Many of these places are said to breed lions in a safe environment for conservation when in reality, many of them sell the lions when they become too big. Conservation safaris make a great option to ensure that your experience with these great creatures will not cause any harm.

Looking to snap unforgettable pictures of these breathtaking cats in their natural habitat? Check out our awesome selection of photography safaris!

Gustavo is a part of AllTheRooms team, the largest accommodation search engine that helps travelers save time when looking for a place to stay.