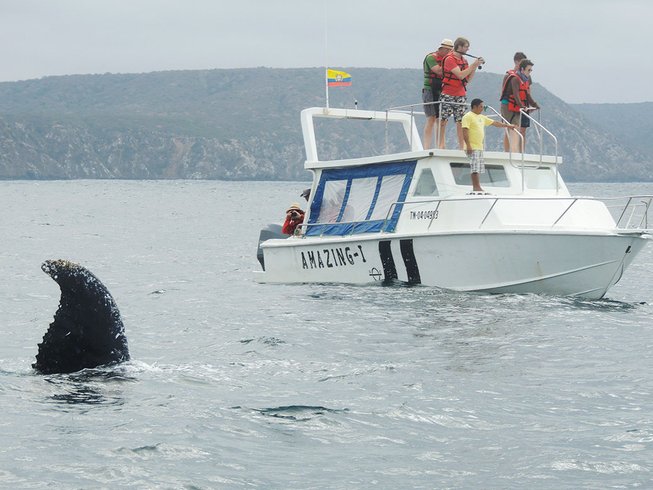 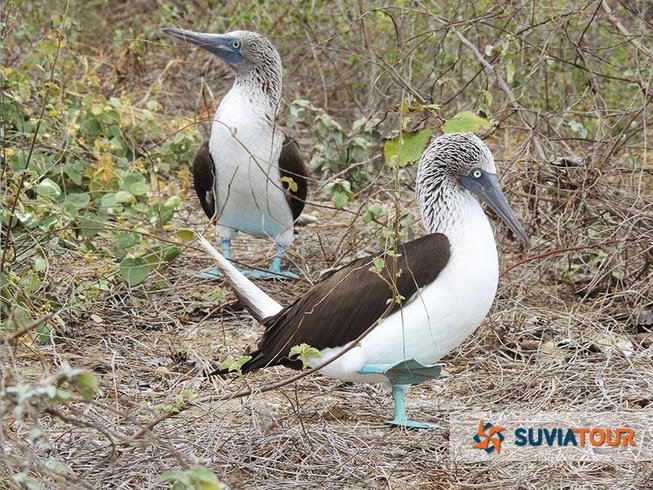 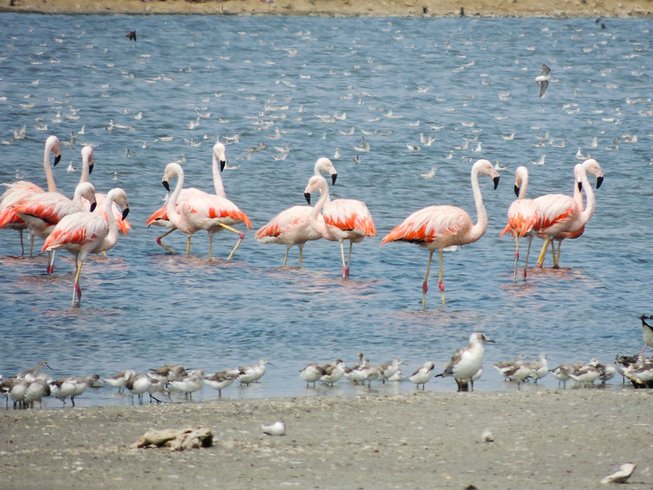 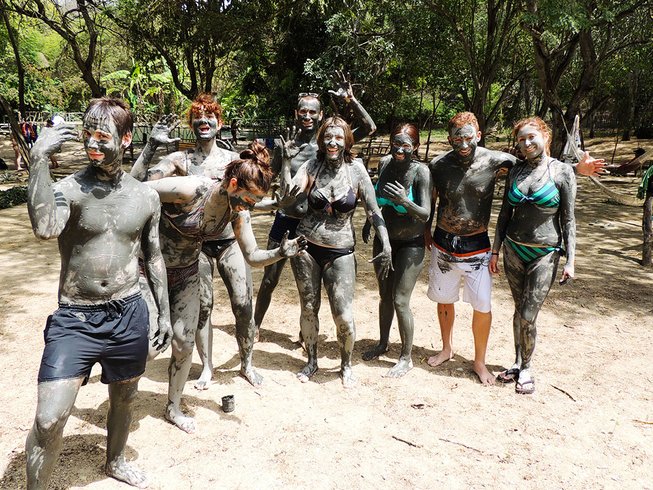 Ecuador, thanks to its rich diversity, always has something new to offer that is just waiting to be discovered. Free from mass tourism exploitation, the country is a paradise for those who want a unique wildlife and cultural experience. This tour will take you from Quito to Guayaquil, Puerto López, Isla de la Plata, Machalilla National Park, Montañita, and Salinas.

During this tour, your accommodation will be at Hotel Nantu.

Day 1: Arrival at Quito and Guayaquil

Once in Guayaquil, take the shuttle that will take you downtown to visit what in 1695 was the Plaza de Armas in the colonial city, today well-known as “Parque Seminario”, where you can take pictures of hundreds of Iguanas (Iguana iguana) that are living on it!

Continue to Malecón 2000, considered one of the greatest works undertaken by the city. And finally, go to the delightful "Barrio Las Peñas" that was the birthplace of the city, and an aristocratic center during the 1920's during the cocoa exports booming.

After this fantastic journey, drive to the fishermen town of Puerto López. On the way, you'll pass through San Pablo's Beach, where sometimes you can spot very close to the sandy beach, groups of dolphins (Delphinus delphis), bottlenose dolphins (Tursiops truncatus) and humpback whales (Megaptera novaeangliae); the last ones only between June to October.

You will stay overnight at Hotel Nantu. Upon arrival at the hotel, you will immediately leave to enjoy its beautiful beach and nightlife!

Afterwards, go back to the boat and you will practice snorkeling in the coral reefs located around the island. Back in Puerto López, you'll be delighted with the nightlife in its front ocean boulevard!

Begin the day at 8:30 a.m. towards the most beautiful and pristine beach of Ecuador, “Los Frailes”, which is located inside the Machalilla National Park! You will have the opportunity to do trekking along the footpaths, and also enjoy its sand and clear water sea!

In the afternoon, visit the community of “Agua Blanca”, where you will explore archaeological remains from the Cultura Manteña that lived in the coast of Manabi`s province, from 600 to 1534 A.C. Then we will rest in the sulphurous water lagoon located in the nearest tropical dry forest.

Return to Puerto López in order to do some shopping in the artisan market, and to enjoy the last night in this friendly and welcoming community!

Depart at 8:30 a.m. towards “Montañita”, a beach famous for surfing practice and its handicrafts. Then you'll arrive to Salinas, we will start with a tour to Punta de Santa Elena, considered the most prominent geographical landmark in the South Pacific Coast.

Then move towards the "salt mines" to walk by giant salt mountains, where you can appreciate the water in settling ponds, with fascinating ochre and metallic tones, as the process of extracting salt progresses! From June to October it is possible to photograph large flocks of flamingos (Phoenicopterus chilensis).

In the afternoon, you`ll have free time to enjoy Chipipe Beach, and a bay tour aboard a yacht! During the night, enjoy its beautiful nightlife on the front ocean boulevard of Salinas!

After having breakfast, you will have all morning to relax at your hotel or at the beach. Then you will start the drive back to the city of Guayaquil, where you take your flight approximately at 05:05 p.m. to return back to Mariscal Sucre International Airport (UIO). This marks the end of your fantastic adventure in the peaceful and charming coast of Ecuador!

This tour will take you from Quito to Guayaquil, Puerto López, Isla de la Plata, Machalilla National Park, Montañita, and Salinas in Ecuador.

Ecuador occupies an area of 256.370 square kilometers and is divided in four distinct regions that range from the topographical diversity of the Amazon to the natural wonder and cultures of the Andes; to the ecological sandy beaches along the Pacific Coast to the legendary Galápagos Islands. These are the unique four worlds of Ecuador.

The country accounts for the largest biodiversity in the world per square kilometer: 375 species of amphibians; 350 species of reptiles; 1600 species of birds; 320 species of mammals; in the Galapagos Islands 1900 exclusive heritage species. Almost all birds and mammals that live on the islands are endemic.

During this tour, your daily breakfast, lunch, and dinner are included in the price.

Please book your flight to arrive at Mariscal Sucre International Airport (UIO). Transfer from and to the airport is included. Ecuador Best Tours will pick you up from the airport.