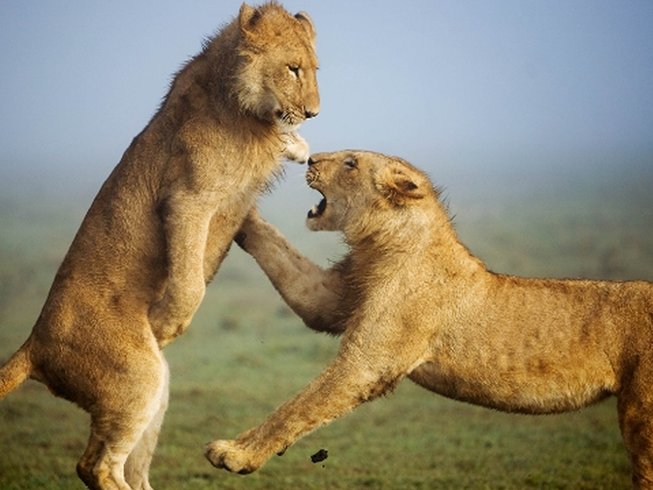 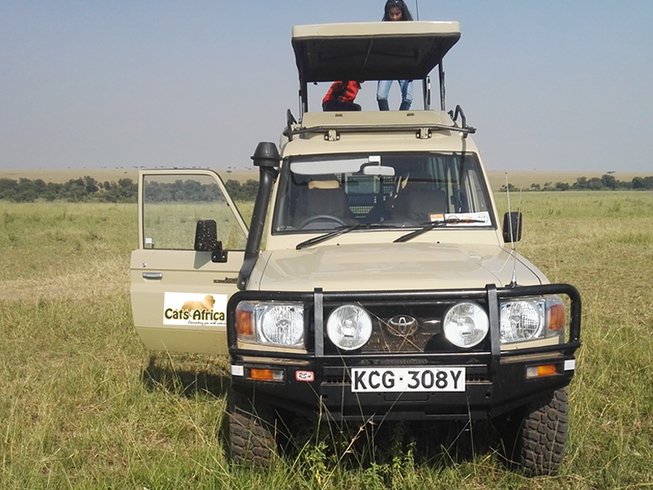 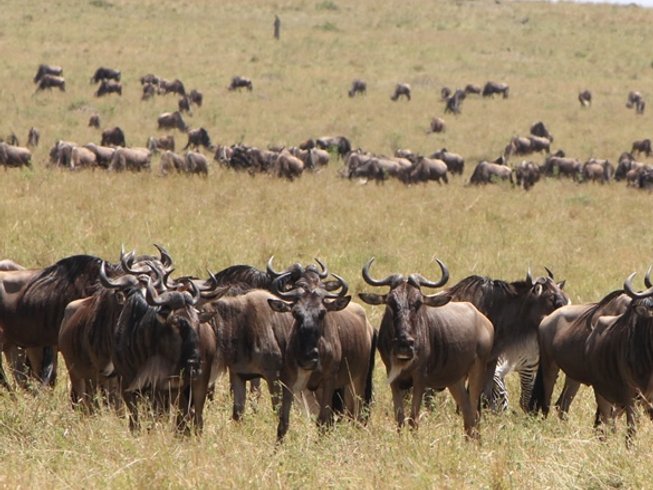 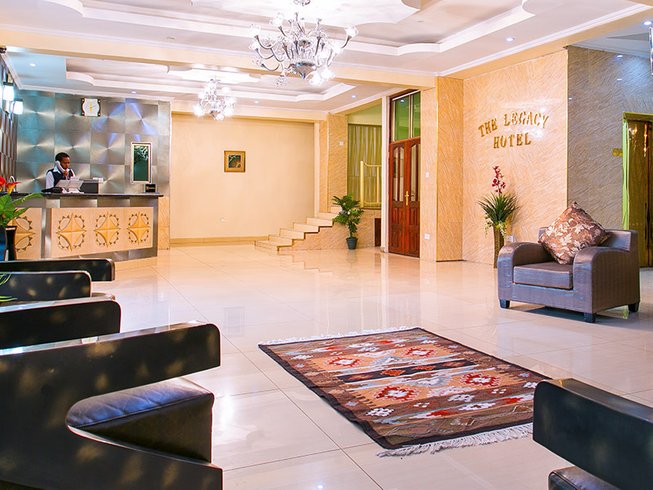 Login to save to your favorites
“Witness Kenya's Magnificent wildlife!”
​
Photo
all media

Discover the stunning wildlife of Kenya in the best possible way! With this safari, the experienced guides of CATS Africa Tours will take you to explore Lake Nakuru National Park and Maasai Mara National Reserve. You will get chances to see the awe-inspiring scenery of the annual wildebeest migration, Big Five, the rare rhinoceros, and many other animals. Join this safari and watch the planet’s greatest theater!

On this safari, you will be staying at The Legacy Hotel & Suites and Rhino Tourist Camp.

Part of the appeal of The Legacy Hotel & Suites is its location within Nakuru where you will get to see the whole town scenery as well as the beautiful Lake Nakuru from the rooms. With 56 rooms, you will get a choice of 3 types of rooms; Deluxe room, Standard room, and Twin rooms. The spacious rooms have been refurbished to a high quality in a contemporary style. Your comfort is the utmost priority.

Rhino Tourist Camp has a total of 45 rooms with the option of single, double, triple, and family occupancy. There are 11 rooms made of stone for guests. The walled rooms are meant for guests who worry about their security and have children. The remaining units are tented rooms ideal for travelers who are looking to experience the true wilderness experience.

The tents are linked by a pathway neatly framed by well-maintained flower bushes, manicured lawns, and flanked by indigenous trees. The rooms, which are constructed to best blend with the milieu of the Maasai Mara, are fronted by a private veranda ideal for relaxing and make you feel the true experience of the bush tranquility. Each suite is fitted with mosquito nets and an en-suite bathroom with showers, flush toilets, and a washbasin.

On arrival at Jomo Kenyatta International Airport (NBO), you will be met by a CATS Africa Tours’ representative. After a short briefing on your safari, you will depart with the professional driver / guide down the Great Rift Valley floor to Lake Nakuru National Park arriving in time for lunch at Flamingo Hill Camp.

After that, you will enjoy an afternoon game drive. The park houses Kenya’s first rhino sanctuary and one of the largest concentrations of black rhinoceros in the world with a large population of white rhinos. Another interesting point is an area fenced off as a sanctuary to protect Rothschild giraffes. Among the predators are lions, leopards, and large pythons hiding in the dense woodlands which may occasionally be seen crossing roads or dangling from trees.

Other games include Thomson’s and Grant gazelles, the long- eared leaf-nosed bats, colobus monkeys, rock hyraxes, hippos, waterbucks, impalas, striped hyenas, bat-eared foxes, wildcats, reedbucks, and golden cats. In the late evening, you will drive to Nakuru town. You will have dinner and stay overnight at The Legacy Hotel & Suites.

In this morning, you will travel to Maasai Mara National Reserve, so named to mean the “spotted plains” in the Maa language. The Mara is magnificent, it is home to Kenya's richest concentration of wildlife and regarded by many travelers as an essential stop on any tour of Africa. Golden grassland plains pocked with acacia, wildebeests, zebras, lions, and jackals bound together by the cycle of life and death. You will check-in at the camp on arrival before having a lunch. Later, you will depart for an evening game viewing drive to enjoy the diverse flora and fauna. You will return for dinner and stay overnight at Rhino Tourist Camp.

You will spend the day on morning and evening game viewing drives (or a full day game drive with picnic lunches). Maasai Mara National Reserve is home not only to the Big Five (lions, leopards, elephants, rhinos, and buffalos) but also hosts the world-renowned wildebeest migration from the Serengeti plains. It happens every year beginning in late June to October or early November.

Among other animals to be seen include wildebeests, zebras, impalas, topis, giraffes, Thomson's gazelles, leopards, lions, hyenas, cheetahs, jackals, and bat-eared foxes. Black rhinos are a little shy and hard to spot but are often seen at a distance. You will have all meals and stay overnight at Rhino Tourist Camp.

Breakfast will be served at the camp before you will check-out later. You will depart with a game viewing drive en route to Nairobi and stop at the Great Rift Valley viewpoint for an aerial view of the beautiful escarpment. You will arrive in Nairobi in time for lunch (on your own account) and later be transferred to Jomo Kenyatta International Airport (NBO) for your outbound flights.

This safari will take you to explore Maasai Mara National Reserve and Lake Nakuru National Park.

3 breakfasts, 3 lunches, and 3 dinners will be served for you during the safari. Drinking water will also be available for you on board the safari van.

Please book your flight to arrive at Jomo Kenyatta International Airport (NBO). Transfer from and to the airport is included. CATS Africa Tours will pick you up from the airport.