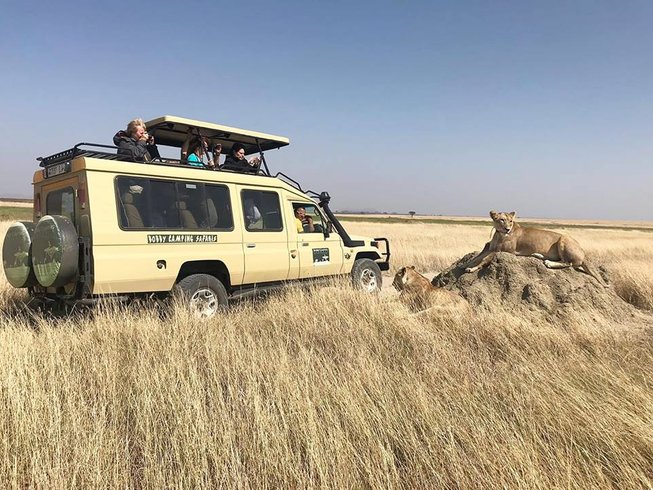 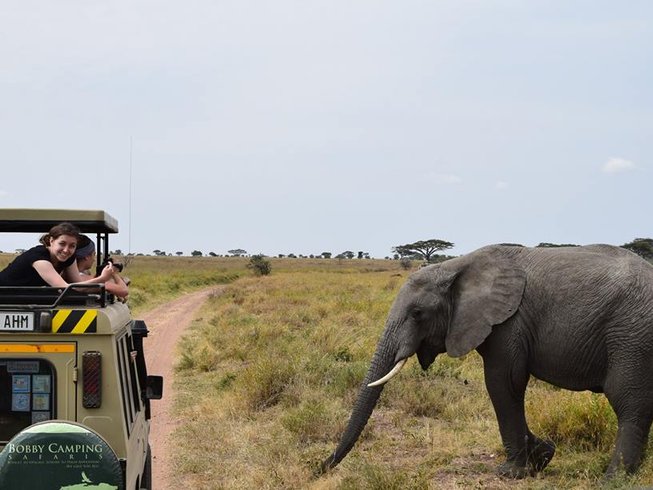 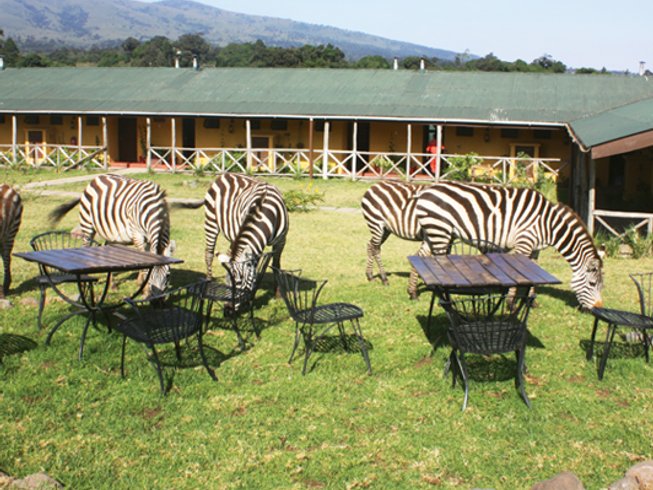 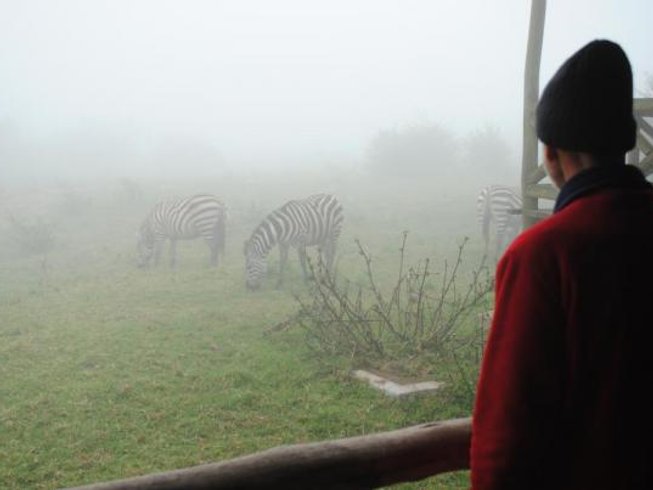 Login to save to your favorites
“Experience the best of Tanzania!”
​
Photo
all media

Upon arrival, you will be picked up from Kilimanjaro International Airport (JRO) or Arusha Airport (ARK) and transferred to Arusha for overnight at Geen Mountain Hotel.

Depart from Arusha at 8 a.m. with packed lunches to Tarangire National Park for a full day game drive in this park famous for big herds of elephants and bird life. Dinner and overnight will be at Twiga Camp. The lodge has a swimming pool.

Depart after breakfast at 8 a.m. with packed lunches to Lake Manyara National Park. Proceed for a full day game drive in this park famous for tree-climbing lions and bird life. Later by 6 p.m., head back to Twiga Camp for dinner and overnight.

Depart after breakfast from Twiga Camp at 7 a.m. with packed lunches to Serengeti National Park, home to the Big Five. Get there by noon and proceed for an afternoon game drive in the Seronera area (Central Serengeti) till sunset. Dinner and overnight at Seronera Camp.

Note: A visit to the Maasai Village can also be done this morning at an extra cost.

Enjoy an early morning game drive from 6 to 11 a.m. Return to the camp for brunch and later by 12 p.m. start your drive to Ngorongoro Crater for dinner and overnight at Simba Camp on the Crater Rim. Ngorongoro Crater sits at 2700 meters above sea level. There would be an enroute game drive this afternoon from Serengeti to arrive Ngorongoro by 5 p.m.

Have an early breakfast and descend into the crater at 6 a.m. with packed lunches for a full day crater tour. Ngorongoro Crater is home to the endangered Black Rhino and pink flamingoes inside Lake Magadi. Have lunch by the Ngoitoktok hippo pool and by 3 p.m., start your drive back to Simba Camp for dinner and overnight.

Haven an early breakfast and depart at 7:30 a.m. with an armed ranger for a three to hour hours hike on the Ngorongoro Crater Rim along the Seneto / Malanja Valley for the whole morning. Return to the camp for lunch and thereafter proceed to Lake Manyara area for dinner and overnight at Twiga Campsite.

Have breakfast at the camp. You will leave at 8 a.m. accompanied by a local guide to visit the Mto wa Mbu village which is famous for cultural tours, local markets, rice fields, sugar cane plantations, Banana Beer, Baobab Trees, and more. This walk will take up to four hours before you return to the camp for lunch and afternoon swim. Depart from Twiga Camp at 3 p.m. to arrive at Arusha by 5:30 p.m. for overnight at Maasai Camp.

After an early breakfast, depart from the camp at 8 a.m. with packed lunches to Arusha National Park. Upon your arrival, you will be accompanied by an armed ranger for three to four hours hike on the foothills of Mt. Meru and great views of Mt. Kilimanjaro on a clear day.

The park is also famous for Black and White Colobus Monkeys. The afternoon can be spent game driving in a safari vehicle before you head out of the park at 4 p.m. to drive back to Arusha for drop off in town / hotel for onwards arrangements.

Tarangire gets its name from the river that threads its way through the length of the reserve. It is famous for its dense wildlife population which is the most spectacular between the dry period. During this time thousands of animals - wildebeest, zebra, eland, elephant, hartbeest, buffalo and oryx migrate from the dry Maasai steppe to the Tarangire River looking for water. Lion, leopard, and other predators follow the herds. The national park is also famous for tree climing Pythons and abundant birdlife.

Nestling at the base of the Great Rift Valley escarpment, Lake Manyara National Park is one of the most beautiful places in Africa. As you enter the gate, the park is dramatically marked off lush green vegetation constituting of tall trees off the ground, water forest which provides home for troops of baboons.

Further down, the forest opens up into woodlands, grassland, swamps and beyond, the soda lake itself where over 3500 species of birds including the lovely Flamingoes, Pelicans, sacred Ibis, Grebe and Stork can be viewed (the bird watcher's paradise).

At the southern end of the park are the hot sulphur springs called Majimoto. The most famous spectacle in the park are the tree climbing Lions which spend most of the day spread out along branches of Acacia trees.

The Serengeti National Park is arguably the best known wildlife sanctuary in the world.”Serengeti” means “Endless plains” in Maasai language and within its boundaries are more than three millions large mammals. About 35 species of plain’s animals can be seen here including the “Big Five” (Elephant, Rhino Lion, Leopard, and Buffalo).

Various types of vegetation such as grassy plains, savannah with acacias, wooded hills, and mountains are the backdrop for an extraordinary concentration of animals which reaches its peak during the famous wildebeest migration. Almost one and a half million wildebeest undertake a circuit of about 1000 kilometers, searching for new pastures and watering-holes.

Standing at 2286 meters above sea level, Ngorongoro Crater is the largest unbroken caldera in the world. Land of the Maasai, of their cattle, and of the fauna, this protected area is located in the Great Rift Valley, gigantic fracture of the earth’s crust. Volcanoes, mountains, plains, lakes, forests, and archeological sites from this magnificent landscape.

At 1600 meters altitude, the bottom of the crater (265 square kilometers) dotted with watering-holes, shelters almost 30,000 animals are naturally enclosed by the slopes of the volcano. It is such a captivating and breathtaking phenomenon. It is one of the wonders of the world.

East of Arusha, this park is divided into three distinct areas: Ngurdoto Crater, Momela Lakes, and Mount Meru. The black and white colobus is the mascot of the park, with exception of lions and rhinoceroses; you will see all kinds of wildlife and hundreds of different species of sedentary or migratory birds. Hide-outs have been created for observation.

During your stay, you will be provided with daily breakfast, lunch, and dinner for five days, as well as bottled water for the entire safari. If you have special dietary requirements, it is recommended that you inform Bobby Camping Safaris in advance.

On day four, in the morning, a visit to a Maasai village can also be arranged at an extra cost.

Please book your flight to arrive at Kilimanjaro International Airport (JRO) or Arusha Airport (ARK). Transfers from these airports are included. Bobby Camping Safaris will pick you up from the airport.