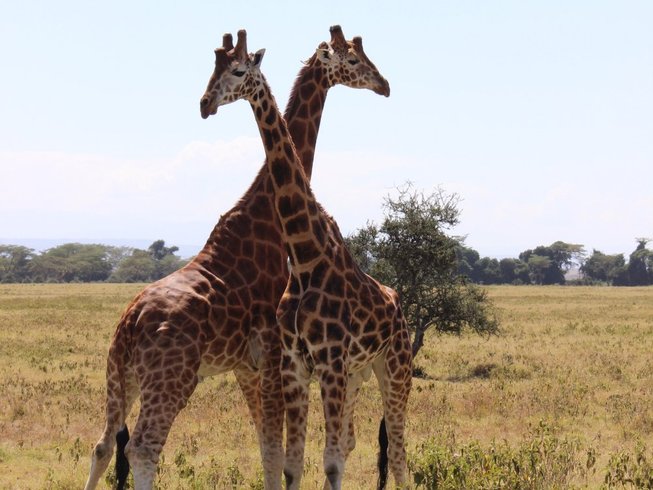 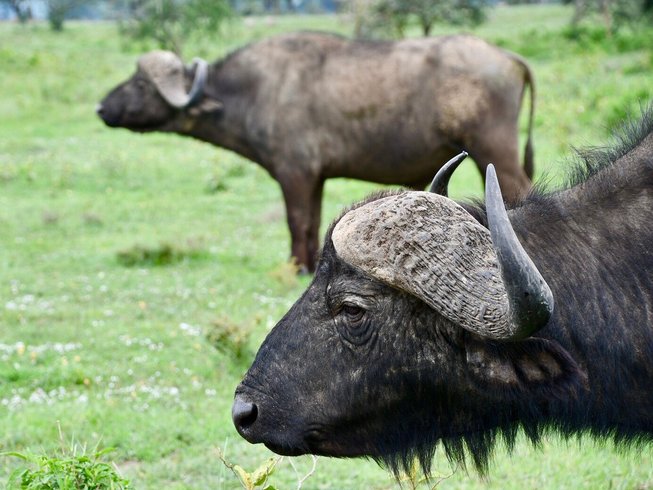 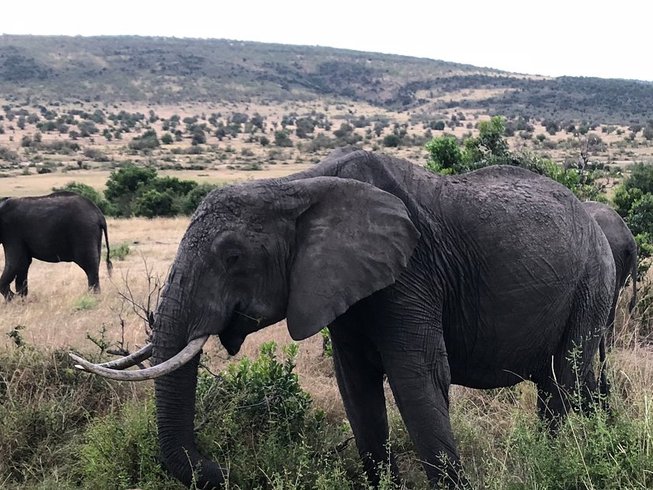 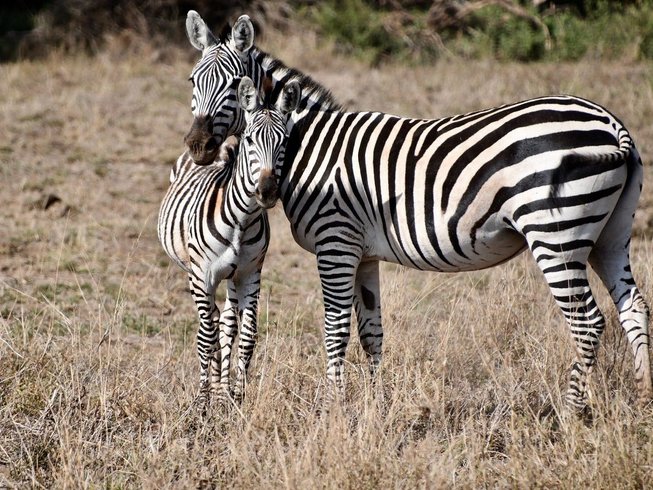 This is a wildlife safari which takes you Tsavo East and Tsavo West National Parks. With outstanding natural beauty, prolific world life, a gorgeous tropical coastline, and rich and diverse ethnic tapestry, Kenya has plenty to offer. Bencia Africa Adventure and Safaris' experienced guides will make you feel relaxed throughout the safari and make the vacation a timeless experience.

The accommodation is in Semi-Luxury safari lodges with hot and cold showers and flush toilets inside the rooms.

Pick from your hotel at 7 a.m. and drive via Mombasa Nairobi Highway for about four hours to Tsavo East National Park, entering the park through Bachuma game. The park is noted for its vast elephant herds and a variety of games including black rhinos, long-necked gerenuk, zebra and water buck, crocodiles.

Early morning breakfast, enjoy a game drive en route as you exit Tsavo East National Park. Proceed to Tsavo West, arriving in time for lunch at Ngulia Safari Lodge. After lunch, proceed for the afternoon game drive in the park which will take you until 6:30 p.m. What's to be seen here are herds of elephant, buffalo, ostrich, gazelle, impala, giraffe, zebra and the predatory as well as cats. You will also have an opportunity to visit the Rhino Sanctuary before you drive back for dinner and overnight at the Ngulia Safari Lodge.

Embark on an early morning game drive which presents you an opportunity to watch predators on the hunting mission. Then return to the lodge for full breakfast and then head for Mombasa or with a visit to Mzima Springs. Here, there’s an underground viewing platform to observe crocodile, hippo, and the various fish under water. Lunch at a budget hotel along the way as you head back to Mombasa with a drop off at your hotel.

Peter is an English Speaking Proffessional driver guide with rich cultural and wildlife information. He has been our guide for the Kenya's Southern region safari circuit for 12 years.

This safari will take you from Mombasa to Tsavo East and West National Parks in Kenya. Some of the attractions include the Yatta Plateau, Lugard Falls, Lake Jipe, and the Mzima Springs. Wildlife to be seen include the black rhino, Cape buffalo, elephant, leopard, hippo, Masai lion, bush baby, hartebeest, lesser kudu, and Maasai giraffe.

The Tsavo is commonly know for the wild man eaters lions, which were responsible for the deaths of a number of construction workers on the Kenya-Uganda Railway between March and December 1898 ( Precolonial Era).

Covering a considerable chunk of East Africa, Kenya is neatly girthed across the middle by the Equator and bisected by the southerly course of the jagged Rift Valley. The country has varied altitude featuring lofty mountains and escarpments, open plains and stony deserts, fertile rolling hills and forested valleys, and beautiful 480 kilometers of tropical coastline. This wealth of natural habitat is protected in over 50 national parks and reserves, and many more private conservancies. Together this covers about 10% of 580,400 square kilometers of the country.

With the expectation of the big apes, Kenya is home to a full complement of East African animals and is also one of the best places on the continent for bird watching. The long sunny days and the azure Indian Ocean with colorful marine life ensures a perfect environment for a laid back holiday on the coast.

Kenyans character has been shaped by its long history, from the emergence of mankind some six millions years ago to the colonial days of hunters, settlers and adventures. Its rich ethnic heritage is evident from the traditional dressed Masai and Samburu people tending their livestock, while a long Swahili tradition has left its mark in the architecture and Islamic way of life on the coast and in the Swahili language.

Your daily breakfast, lunch, and dinner are included in the price, as well as mineral water. Any special dietary requirements should be addressed as you are making the booking.

Drop off at Diani Beach or Watamu at an extra cost.

Please book your flight to arrive at Moi International Airport (MBA). Airport pick up and drop off at this airport on the first and last day of the safari can be done for free, however, the pick up and drop off on a different day is done at an extra cost. Bencia Africa Adventure And Safaris can also pick you up from the beach hotels in Mombasa. Pick up from Diani and Nyali can be done at an extra cost.