4 Days Safari Tour in Serengeti National Park and Ngorongoro Crater, Tanzania
This listing has no upcoming availability. Check out these similar experiences 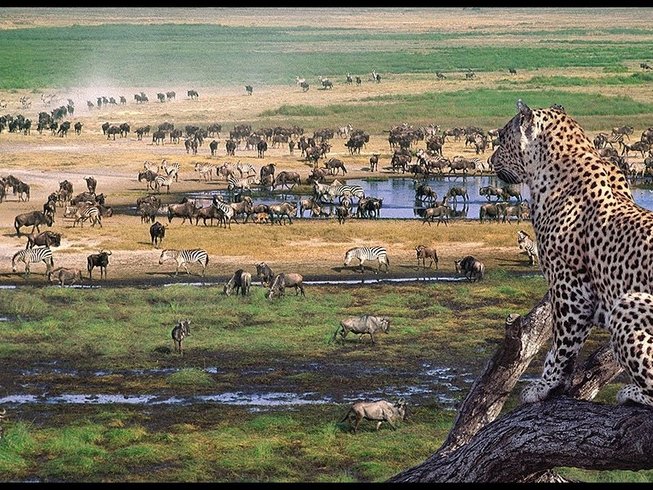 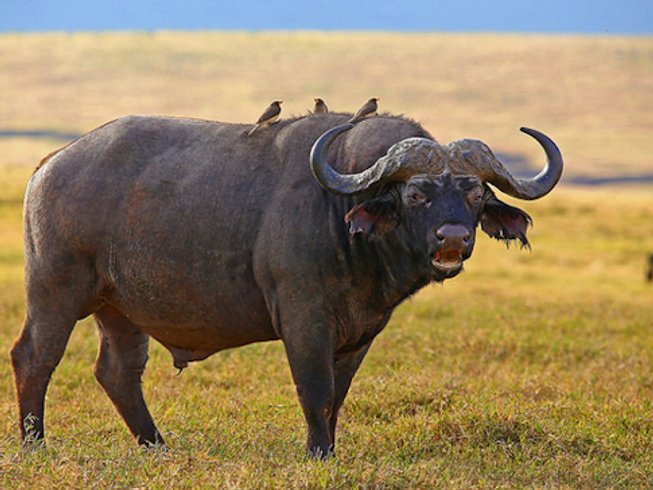 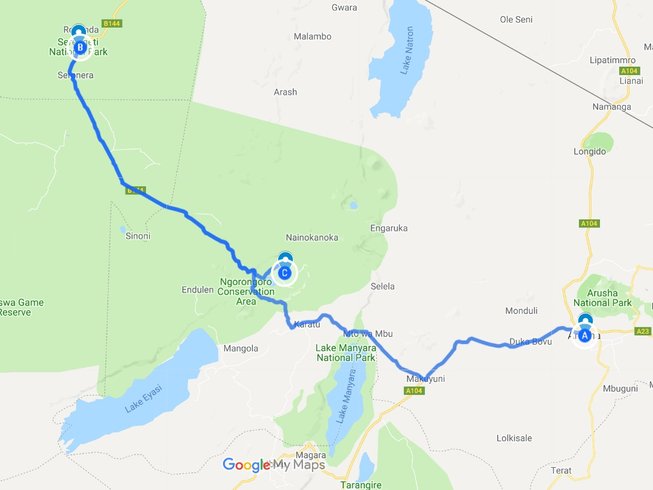 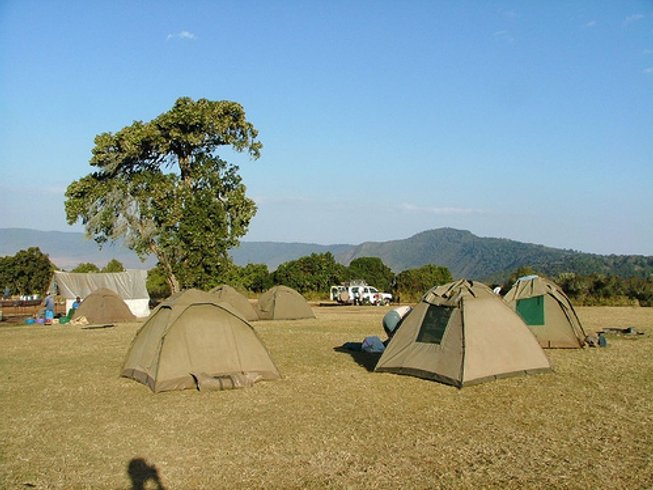 Join Balleto African Adventures in this safari tour to Serengeti National Park and Ngorongoro Crater in Tanzania. Sitting around an open camp fire with the southern skies bright over head is the real way of appreciating Africa’s magic. After your experience with Balleto African Adventures, you will have the memories of a truly unforgettable and enriching journey into the heart of the cradle of mankind.

After breakfast, you will drive to Serengeti National Park. The park is the perfect game drive location for leopards and other big cats. You will have a good chance to view these magnificent creatures in their natural habitat through the open roof of the vehicle.

In the afternoon, you will reach the destination for the day, the Seronera Valley in the central Serengeti area. You will camp for the night and stay in a safari-styled tent enjoying a good meal in the middle of the African bush, Overnight at Seronera Campsite.

After breakfast, you will continue the game drive through the Serengeti National Park. You will see hundreds of wildebeests and zebras and often lions and other big cats such as leopards and cheetahs in the Seronera Valley. After lunch at a picnic site, you will drive in the direction of the Ngorongoro Crater.

As soon as you have reached the edge of the crater, the caldera opens up and you will have a remarkable view of this impressive natural wonder. You will camp for the night on the crater’s edge and enjoy the fantastic view as the sun goes down. Overnight at Simba Campsite.

After an early breakfast at daybreak, you will drive down into the crater. The Ngorongoro Crater is the largest unbroken caldera and has unbelievable wildlife diversity.

On the grass steppe and in the acacia tree woods, you will find almost all species that are found in the East African savannah. You can observe the Big Five like lion, elephant, buffalo, rhino, and leopard within a couple of hours.

Later, you will drive to Arusha for departure and arrive at around 4 p.m.

This safari tour will take you from Arusha to Serengeti National Park and Ngorongoro Crater in Tanzania.

The Serengeti National Park is a Tanzanian national park in the Serengeti ecosystem in the Mara and Simiyu regions. It is famous for its annual migration of over 1.5 million white bearded (or brindled) wildebeest hooves pound its endless plains and 250,000 zebra and 300,000 Thomson’s gazelle join the wildebeest’s trek for fresh grazing and renowned for its wealth of leopard, lions, African wild cats and for its numerous Nile crocodile.

Not only is it Tanzania’s oldest and popular national park but the mighty Serengeti is one of the best wildlife sanctuaries in the world. This park has been declared a World Heritage Site.

The vast reaches of the park are a hiding place for the endangered black rhino and provide a protected breeding ground for the vulnerable cheetah, alongside the Serengeti’s thousands of other diverse species, from the 500 varieties of bird to 100 different types of dung beetle.

Serengeti offers sensational game viewing in Africa with great herds of buffalo, smaller groups of African elephant and giraffe, and thousands and thousands of eland, topi, kongoni, impala, and Grant’s gazelle. Overall, Serengeti has about 35 species of plains animal including big five and has 500-plus bird species ranging from the outsized ostrich and bizarre secretary bird of the open of the open grassland, to the black eagles that soar effortlessly above the Lobo Hills.

After the rains, the Serengeti’s magical golden horizon is transformed into an endless green carpet, flecked with wildflowers. The famous plains are interspersed with wooded hills, towering termite mounds, monumental rocky kopjes, and rivers with elegant acacia trees.

Ngorongoro Conservation Area boasts a blend of landscape, wildlife, people and archaeology that is unsurpassed in Africa. Often referred to as the African Eden and the Eighth Wonder of the World, it is also a pioneering experiment in multiple land use means to allow humans and wildlife to coexist in a natural setting.

Africa’s Big Five are found on the crater floor as well as large herds of buffalo, zebra, wildebeest, and many big cats. The crater alone has over 20,000 large animals including some of Tanzania’s last remaining black rhinos.

Volcanoes, grasslands, and mountain forests are home to an abundance of wild animals and to the Maasai people .Open grasslands cover most of the crater floor, turning yellow with wild flowers in June.

The Makat Soda Lake is great attraction for flamingos and other water birds, while predators hide in the marsh to ambush animals that come to drink from the river that feeds the lake. Swamps on the crater provide water and habitat for the elephants and hippo as well as the many smaller creatures such as frogs, snakes, and several cats.

During this safari, you will be provided with daily breakfast, lunch, and dinner.