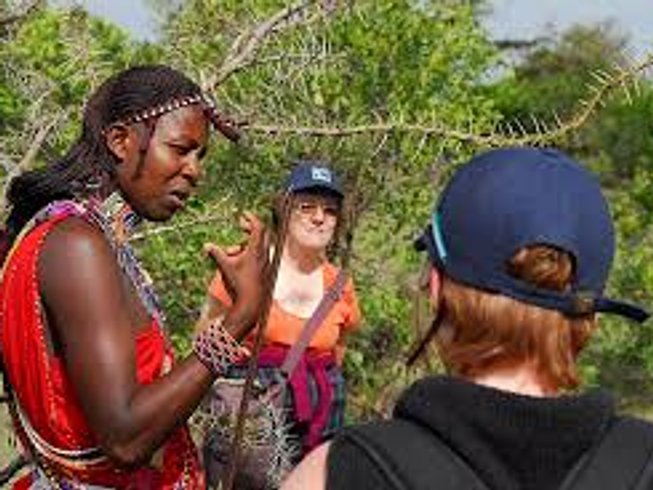 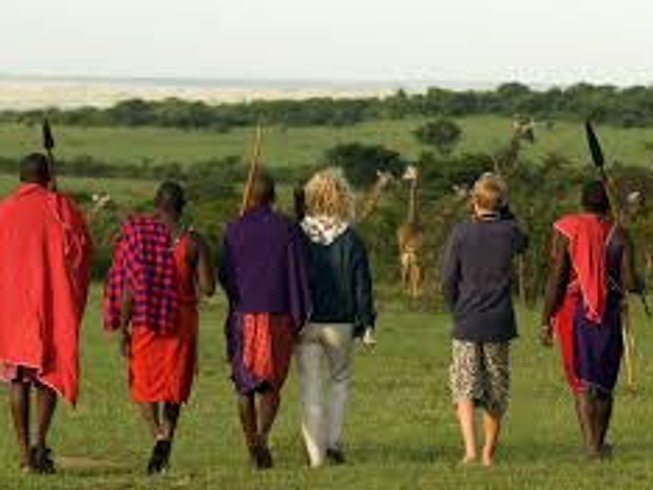 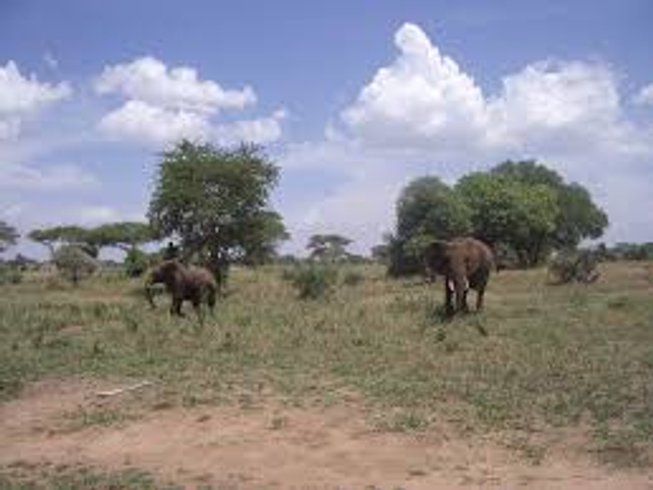 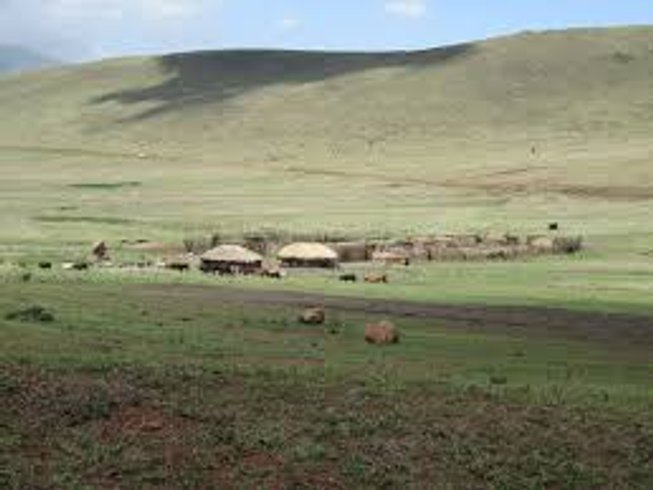 Login to save to your favorites
“Discover destinations with natives!”
​
Photo
all media

Experience a special cultural walking and game drive safari offered by Avocet Tanzania Safaris Ltd. Walking safari and game drives in Ngorongoro and Serengeti will allow you to visit local tribes in Lake Eyasi as well as the bushman and also the Maasai bomas in Ngorongoro Conservation Area. You will be accommodated in a tent so you can enjoy an authentic wildlife experience during this safari. Come and pursue your wanderlust in beautiful Tanzania.

After breakfast drive to Ngorongoro Conservation Area then to Nainokanoka with picnic lunch. Close to the Nainokanoka village, also northeast of the Ngorongoro Crater, lies this sunken caldera. A visit to Olmoti is only possible by foot with the escort of an armed ranger.

It takes about 35 minutes to walk to the rim of this shallow crater. Lots of different species of antelope can be found here. A walk to the waterfalls of the Munge River is interesting. Enjoy an Evening hike down to the base. Dinner and overnight will be at Nainokanoka Village.

After breakfast with picnic lunch boxes, load your donkeys and begin your journey with Maasai Warrior escorts with armed Ranger to Elbulbul depression, one of the huge depression in Tanzania. You will depart Nainokanoka Camp (2600 meters) at 08:30 and commence your trek to Bulati Village (2500 meters). The trek is six hours of walking and 20 kilometers in distance.

On the way, zebras and wildebeests can be seen grazing as well as raptors due to the many mole rat mounds found in the area. You will have a late afternoon transfer to Bulati Village to visit the Maasai bomas then you will be transferred to Bulati Campsite. Dinner and overnight at Bulati Campsite (Bush Campsite) on the depression

Have breakfast at Bulati Village and start walking to Empakaai Crater and have lunch on the rim of the crater. North-east of the Ngorongoro Crater lies the Empakaai Crater. Empakai is about 6000-meter wide and 300-meter high. Among other animals, you will see buffalo, bush-buck, a variety of antelope and blue monkeys. Birds are in abundance. A deep soda lake covers a large part of the crater floor.

There is a track to the crater-floor and one around the rim of the crater. On a nice, clear day, one can see Mount Oldoinyo Lengai, Lake Natron, and Mount Kilimanjaro. The scenery is left to your imagination! Descend to the crater floor for the flamingo tour and lakeshore walk, late evening ascend to the Empakai Crater rim for dinner and overnight at the Empakai Campsite (6 - 7 hours of walking).

After breakfast, walk back to Nainokanoka (6 - 7 hours) and drive to Ngorongoro Crater rim for dinner and overnight at Simba Campsite.

The Ngorongoro Crater has the biggest tusked elephants in Tanzania and is home to one of the few concentrated populations of rhino. There is a resident pride of lions and kills frequently seen here. The forests on the edge of the crater and in the base are very rich in avian fauna and you can expect to see numerous brightly colored birds while on your game drive. In the afternoon, proceed to Serengeti for dinner and overnight at Seronera Campsite.

After breakfast, you will have Serengeti game drives with picnic lunch boxes, en route to Lake Eyasi for dinner and overnight at Chem Chem Campsite. Lake Eyasi is a very scenic lake, found on the southern border of the Ngorongoro Conservation Area. This less visited lake lies at the base of the Eyasi escarpment on the western rift wall.

Enjoy walking safaris to the springs and a lake. These visits are as interesting as a visit to the tribes in the area. The Hadzabe tribe (hunter-gatherers) lives close to the shores of Lake Eyasi and so does the Nilotic-speaking Datoga tribe. Quite a lot of wildlife can be spotted here too.

After breakfast, visit local tribes, i.e Tindiga / Hadzabe (bushman) and have hot lunch at a camp, followed by driving back to Arusha town.

The Ngorongoro Conservation Area is a huge area containing active volcanoes, mountains, archeological sites, rolling plains, forests, lakes, dunes and of course, Ngorongoro Crater and Olduvai Gorge. The views at the rim of Ngorongoro Crater are sensational. On the crater floor, grassland blends into swamps, lakes, rivers, woodland, and mountains - all is a heaven for wildlife, including the densest predator population in Africa. The crater is home to up to 25,000 large mammals, mainly grazers - gazelle, buffalo, eland, hartebeest, and warthog.

You will not find giraffe as there is not much to eat at tree level, or topi because the competition with wildebeest is too fierce, nor will you find impala. The crater elephants are strangely, mainly bulls. There are a small number of black rhinos here too. The birdlife is largely seasonal and is also affected by the ratio of soda to the fresh water in Lake Magadi on the crater floor. In the northern, remote part of the Ngorongoro Conservation Area, you will find Olmoti and Empakaai Craters, Lake Natron and Oldoinyo Lengai, Mountain of God, as named by the Maasai.

Lake Natron is the only known breeding ground for East Africa’s flamingoes. The ruins of a terraced stone city and complex irrigation system lie on the eastern side of Empakaai - the Engakura Ruins. Their origins are a mystery as there is no tradition of stone building in this part of Africa.

The Serengeti is one of the world’s last great wildlife refuges. This vast area of land supports the greatest remaining concentration of plain game in Africa, on a scale unparalleled anywhere else in the world. The name comes from the Maasai ‘Siringet’, meaning endless plains. Equal in size to Northern Ireland, the park contains an estimated three million large animals, most of which take part in a seasonal migration that is one of the nature’s wonders.

The annual migration of more than 1.5 million wildebeests as well as hundreds of thousands of zebras and gazelles is triggered by the rains. The wet season starts in November and lasts until about May. Generally, the herds congregate and move out at the end of May. Their movement is a continual search for grass and water - the moving mass of animals requiring over 4,000 tons of grass each day. The exodus coincides with the breeding season which causes fights among the males.

As the dry season sets in the herds drift out of the west, one group to the north, the other north-east heading for the permanent waters of the northern rivers and the Mara. The immigration instinct is so strong that animals die in the rivers as they dive from the banks into the raging waters, to be dispatched by crocodiles. The survivors concentrate in Kenya’s Maasai Mara National Reserve until the grazing there is exhausted, when they turn south along the eastern and final stage of the migration route.

Before the main exodus, the herds are a spectacular sight, massed in huge numbers with the weak and crippled at the tail end of the procession, followed by the patient, vigilent predators. The vegetation in the Serengeti ranges from the short and long grass plains in the south, to the acacia savannah in the center and the wooded grassland concentrated around tributaries of the Grumeti and Mara rivers.

The western corridor is a region of wooded highland and extensive plains reaching to the edge of Lake Victoria. The Seronera Valley in the Serengeti is famous for the abundance lion and leopard that can usually be seen quite easily. The adult male lions of the Serengeti have characteristic black manes.

Camps will be on full board / cook for camping safari. You will be served vegetarian and non-vegetarian food.

Transfer available for additional US$45 per person