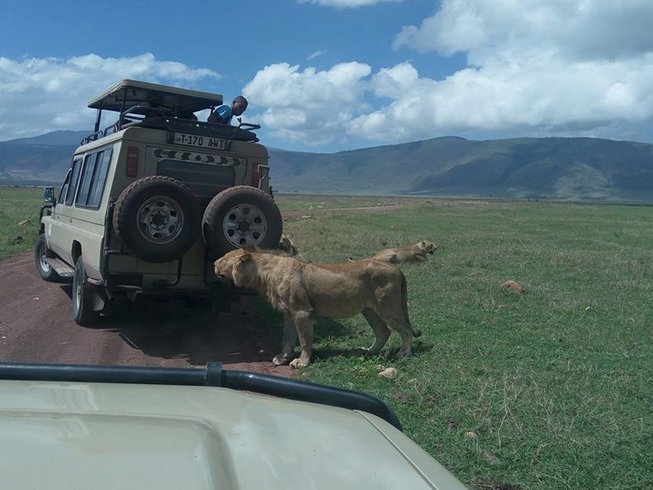 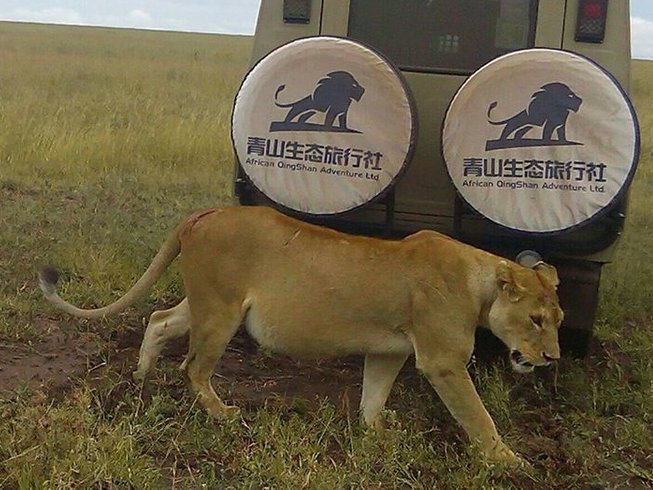 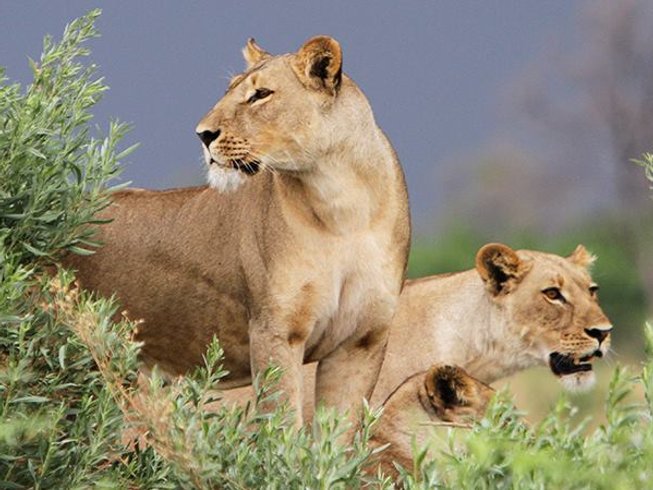 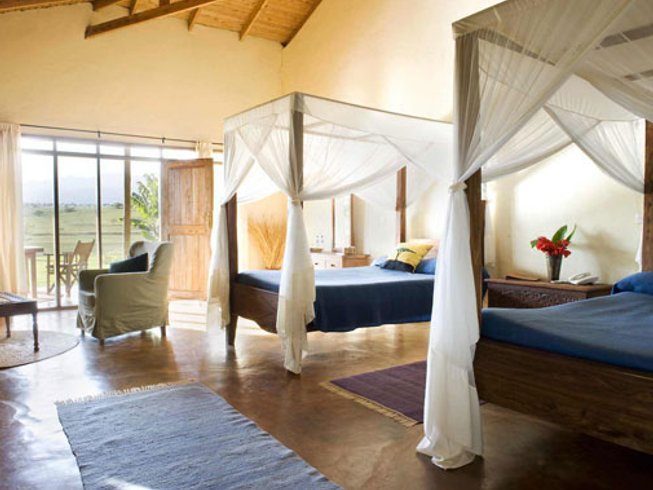 Login to save to your favorites
“Find yourself awestruck in nature and wildlife!”
​
Photo
all media

This safari tour will take you to Lake Manyara, Tarangire National Park, as well as Ngorongoro Crater. This special short safari adventure is good for those who wish to explore Tanzania's wildlife parks. You will have your accommodation in a tented camp and lodge, and you will also have a local driver-guide to assist you in completing your African safari dream.

You will be provided with two nights accommodation, first, in Lake Burunge Tented Camp, and on the second night, in Ngorongoro Farm House.

It has 20 tents built on wide wood platforms and 10 bungalow, each consisting of double rooms with a double bed, with two and three beds. They have a private bathroom and private terrace. They also have 24-hour solar electricity. Each tent is built on a wood platform with a terrace where the guests can enjoy the views of Lake Burunge, Tarangire National Park, and on clear days, Mount Meru.

Ngorongoro Farm House, a small and exclusive hotel built on a 500-acre coffee farm, is all designed to transport you to the comfort and style of bygone eras. Stroll around the farm contemplating the daily activity, relax in the fragrant gardens, or enjoy spectacular sunsets with the Oldeani volcano as a backdrop.

It has 52 chalet-style rooms built in the style of the old colonial farms, and rustically decorated with local materials and details of good taste. All are spacious, connected by roads, and are divided into three sectors.

Enjoy early breakfast at your lodge or hotel in Arusha. You will have a drive through Tarmac Road for about 130 kilometers to the pool of African elephants, the famous Tarangire National Park, whereby you will consume about two hours and 10 minutes. Tarangire is the surprise package on the Northern circuit. Tarangire is surprisingly large, giving visitors the quietest game viewing environment of all the parks in the region.

Elephants are the main attraction, with up to 3,000 in the park during the peak months. Peak season also sees good numbers of wildebeest and zebra, as well as giraffe, buffalo, Thomson's gazelle, greater and lesser kudu, eland, leopard, and cheetah. In the evening after the game drive, you will depart to Lake Burunge Tented Camp for dinner and overnight stay.

Rise and shine in the morning after hot breakfast at Burunge Camp. The driver guide will pick you heading to Lake Manyara National Park for a game drive. After clearance at the park gate, the driver guide will take in and let you experience the Lake Manyara wildlife such as primates, lions, leopard, zebra, giraffe, antelopes, elephants, and birds like flamingos at the lake shore.

In the afternoon, you will enjoy your lunch boxes at the picnic site, while in the evening after game drive you will depart to Ngorongoro Farm House for dinner and overnight stay.

After your breakfast at the farm house, you will descend to the crater for the big five game drive. The Ngorongoro Crater accommodates a lot of wildlife such as rhino, elephants, buffalo, lions, and others that can be easily seen. In the evening after the game drive, you will depart to Arusha via Karatu Town where you will have an overnight stay while waiting for tomorrow's departure to Kilimanjaro International Airport (JRO).

This safari tour will be held at Tarangire National Park, Lake Manyara National Park, and Ngorongoro Crater in Tanzania. Tanzania is your quintessential safari destination if you are thinking of spending your next holiday viewing the prolific wildlife of Africa, scaling the continent's highest mountain, or relaxing on the palm-fringed shores of the Indian Ocean.

About one-fourth of 938,000 square kilometers of Tanzania has been reserved for the game and national parks. Within its border walked the earliest man on earth more than three and a half million years ago, and a visit to Olduvai Gorge near Ngorongoro will reveal the fossils and other remains. The coastline on the Indian Ocean is 800 kilometers long, with the islands and pristine beaches of Zanzibar, Pemba, and Mafia close by.

For this tour, you will be served with three daily regular meals, such as meat, vegetables, fruits, chicken, potatoes, and roasted banana. You will also be given bottled mineral water per day.