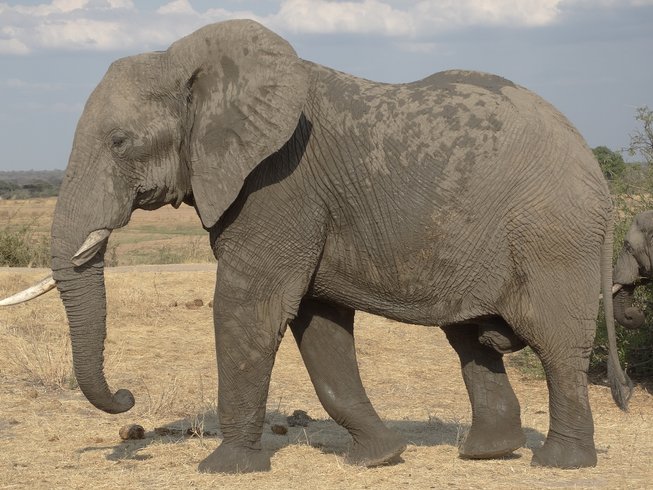 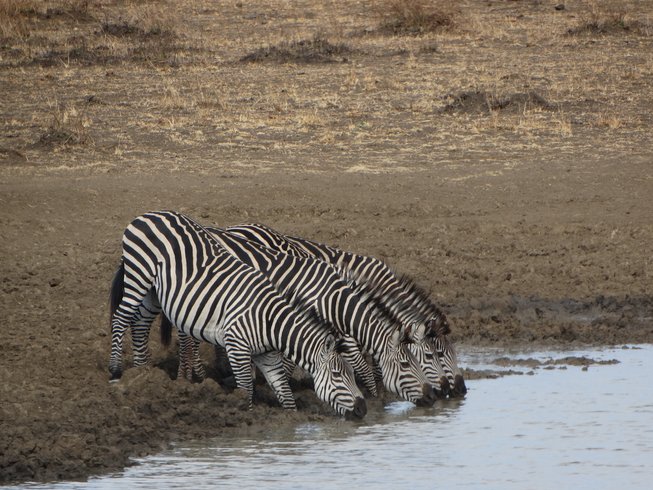 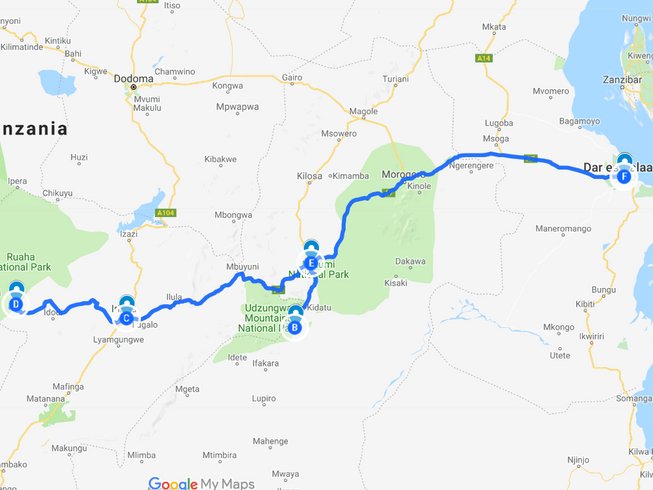 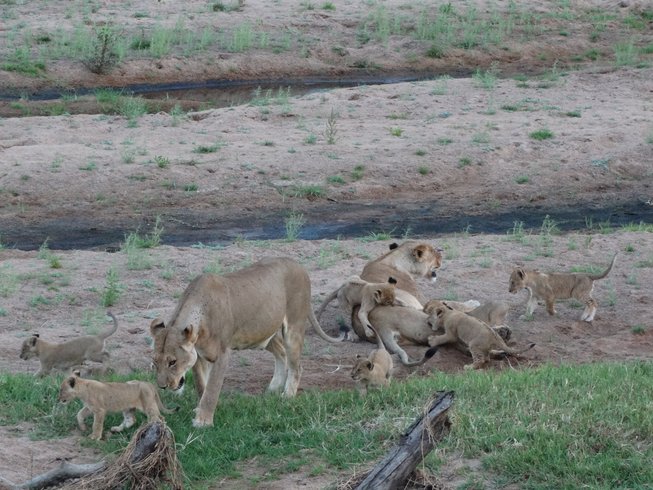 During this safari, you will stay at various accommodations arranged by African Pangolin Safaris.

You will be picked up by your driver at 06:00 and start driving to Udzungwa Mountain National Park. You will stop on the way for hot lunch then proceed to Udzungwa.

Wake up for early breakfast then your driver will drive you to the starting point after completing the park formalities. Start walking in this beautiful Park enjoying and experiencing the stunning natural beauty of the park.

Picnic lunch in the bush, then you continue with exploring the area including the wonderful Sanje waterfall which is 170 meters high. You can get a chance to swim in one of the waterfall plunge pools. You will walk up to 1600 meters above sea level with a beautiful view of Kilombero valley.

You will get the chance to see six species of monkeys including endemic species of Sanje crested mangabey and Iringa red colobus monkey. This will take about three to four hours. Afterward, start driving to Iringa for dinner and overnight at Neema Craft Hotel or equivalent.

After early breakfast drive to the Ruaha National Park gate which will take about two and a half hours from Iringa town. Start a full-day game drive inside the park until sunset. Dinner and overnight will be at Msembe Old Bandas / New Tourist cottage / lodge or tented camp. Full board. (Inside the park). Accommodation depends on your budget.

A fine network of game-viewing roads follows the Great Ruaha and its seasonal tributaries, where, during the dry season, impala, waterbuck, and other antelopes risk their life for a sip of life-sustaining water.

And the risk is considerable: not only from the prides of 20-plus lions that lord over the savannah, but also from the cheetahs that stalk the open grassland and the leopards that lurk in tangled riverine thickets. This impressive array of large predators is boosted by both striped and spotted hyena, as well as several conspicuous packs of the highly endangered African wild dog.

You will have another full day game drive to explore the beauty of the park, with its full of rocky, kopjes, and ancient baobab trees. Dinner and overnight will be at Msembe Old Bandas / New Tourist cottage / lodge or tented camp. Full board. (Inside the park). Accommodation depends on your budget.

Wake up early in the morning and start a wilderness walking safari with the guidance of an armed ranger which will take two to two and a half hours. Walking safari will give you a particularly intimate feel for the African wild. After walking safari you will go back to the camp for breakfast.

After breakfast, start driving to Mikumi National Park with game drive en route on the direction to the exit gate. Lunch will be on the way. Arrive late evening in Mikumi National Park. Dinner and overnight will be at Mikumi Tourist cottage / lodge or tented camp. Full Board. (Inside or outside the park). Accommodation depends on your budget.

Wake up for early breakfast then drives out for game drive until lunchtime. After lunch, start to drive back to Dar es Salaam. Drop off at your hotel or airport for your next destination. End of Safari.

Udzungwa Mountains National Park is tropical rainforest mountains in Tanzania. Udzungwa Mountain is part of the Eastern Arc Mountains with a size of 1,990 square kilometers and was established as a national park in 1992. The highest peak of the mountain is 2576 meters above sea level (Rumemo Peak).

There are more than 400 bird species, 2500 plant species (25% are endemic) and six primate species have been recorded in this park. It has the second largest biodiversity of a national park in Africa.

Six primate species have been recorded, five of which are endemic. The Iringa red colobus and Sanje crested mangabey are only found in the Udzungwa Mountains National Park. Its plateau contains populations of elephants, buffalos, lions, leopards, antelopes, and several forest bird species.

Hiking and trekking is a popular tourism activity in the Udzungwa Mountains National Park, as the park has no roads and is accessible only on foot. The hiking trails range in difficulty, from the short one-hour Sonjo trek to the extremely challenging six-day camping trek the Lumemo Trail.

The most common walk is the Sanje waterfalls trail which takes approximately four hours to complete and allows the visitor access to the stunning 170-meter waterfall and includes swimming in the waterfall plunge pools as part of the activity.

Ruaha National Park is the largest national park in Tanzania, covering an area of 20,226 square kilometers. The park was established as a national park in 1964. Its borders were extended in 2008 to include Usangu Game Reserve to protect the Ihefu wetlands and the Great Ruaha River catchment areas and biodiversity. The name of the park is derived from the Great Ruaha River, which flows along its southeastern margin and is the focus for game-viewing.

The park can be reached by car on a dirt road about 130 kilometers (81 miles) from Iringa which can take two to three hours and there are two airstrips -Msembe Airstrip at Msembe (park headquarters), and Jongomero Airstrip, near the Jongomero Ranger Post.

Ruaha National Park is famous for its herds of elephants and buffaloes. The Ruaha River, which plays an important role in the ecosystem of the park, provides sanctuary to a large number of hippos and crocodiles.

There is a wide selection of accommodation inside the park or outside near the park. Ruaha National Park is operating public and special campsites, a hostel, self-catering tourist bandas, and cottages.

The best time for game viewing is during the dry season, from May to December. During the wet months from January to April, some tracks become impassable.

Mikumi National Park was established in 1964, covering an area of 1070 square kilometers; it was later extended in 1975 to cover the current area of 3,230 square kilometers. Mikumi National Park is located to the North of the famous Selous Game Reserve. The park is the fifth-largest national park in Tanzania and the most accessible from Dar es Salaam throughout the year.

The park shares a common border and ecosystem with Selous Game Reserve to the south, lying astride the main highway to Zambia, and en route to the National Parks of the Udzungwa Mountains, Ruaha, and Kitulo.

The landscape of Mikumi is often compared to that of the Serengeti. The road that crosses the park divides it into two areas with partially distinct environments. The area northwest is characterized by the alluvial plain of the river basin Mkata, eventually merging with the Miombo woodland covering the lower hills.

The vegetation of this area consists of a savannah dotted with acacia, baobab, tamarinds, and some rare palm. In this area, at the furthest from the road, there are spectacular rock formations of the mountains Rubeho and Uluguru. The southeast part of the park is less rich in wildlife and not very accessible.

The best time to visit Mikumi National Park is during the dry season which is June to February. During the rainy season (March to May), some of the park roads are impassable. However, the park is accessible all year round.

Meals as outlined in the itinerary are included in the price. Drinking water during the safari will also be provided.