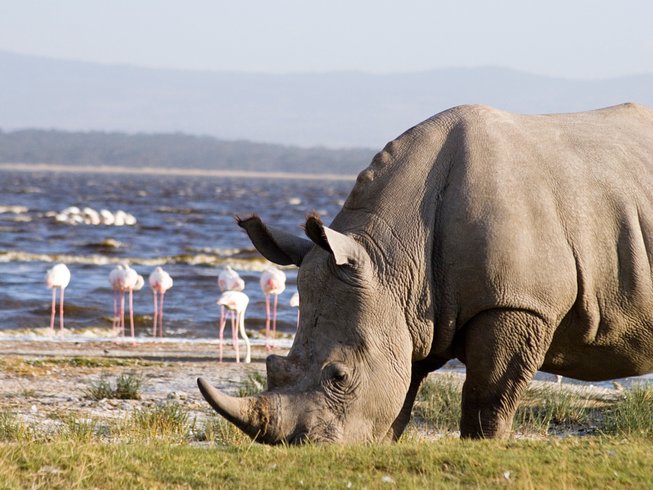 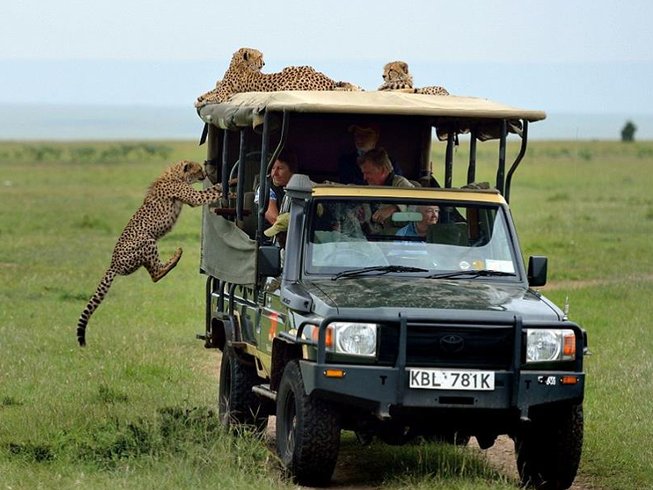 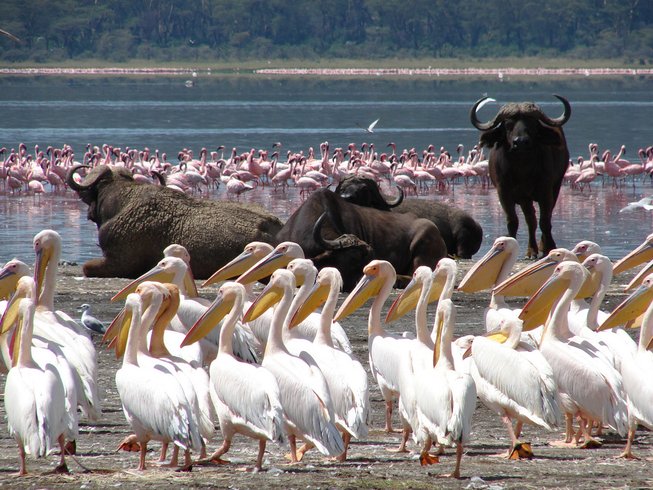 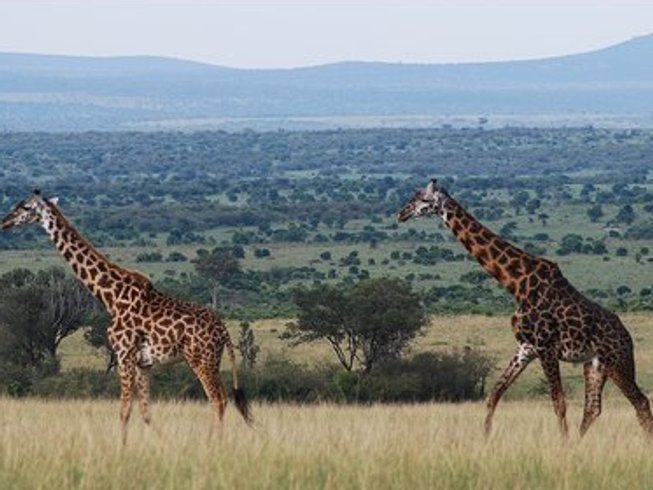 Login to save to your favorites
“Experience safari in beautiful national parks!”
​
Photo
all media

Be ready for a thrilling and exciting lifetime safari in Kenya! This is an adventure safari visiting Samburu National Reserve and the Samburu community, Lake Nakuru National Park, and summarizing the safari with a visit to the most famous game reserve which is Maasai Mara and the Maasai people. Get to know the culture and see the animals in their wildlife habitat. There will be no regrets once you come here and see them with your own eyes.

During this safari, you will be staying at Samburu Larsens camp for two nights, Eagle Palace Resort for one night, and AA Lodges for two nights, provided by African Breeze Tours.

Pick up at 08:00 from your hotel in the morning and drive north of Nairobi passing through the Equator and the majestic Mount Kenya en route to the open savannah of Samburu Game Reserve. Lunch is taken en route and arrive in the afternoon whereby you check in to your camp and proceed for a late afternoon game drive.

Full day spent exploring the park. The highlights of Samburu Game Reserve is the spectacular scenic beauty, rivers, and forests. It is an area where the local people have a rich and colorful heritage. Therefore a visit to the village of the Samburu community in the late afternoon is optional.

After breakfast, depart Samburu Game Reserve, game viewing en route via Thompson Falls, where, you will take lunch and drive to the Great Rift Valley. Arriving in the late afternoon for a restful evening or choose to have an evening walk in town.

After breakfast with picnic lunch which is taken at the hippo's pool by the Mara River, spend a full day exploring this unique park which really forms the northern part of the famous Serengeti National Park in such of plains game animals. It is here that the seventh wonder of the world (wildebeest migration) takes place every year. Later in the late afternoon, visit to Maasai Village to learn about their culture and enjoy their dances. The visit is optional.

A wake-up call for early morning game drive, After breakfast depart Maasai Mara with lunch taken at Narok Town. Arrive in Nairobi late afternoon. Approximately at 16:00, you will be dropped off at the airport to catch your flight or at your city hotel where the safari ends.

It's only in this region that you find over 5000 species of mammals and over 10,000 of birds. One experiences the thrill of sighting the Big Five - lion, leopard, elephant, rhino, and buffalo, vast herds of wildebeest, and zebra migrating across the Maasai Mara. Crocodiles, long-necked gerenuk, Gravy's zebra and reticulated giraffe, the elusive bongo, giant forest hog, black leopard and Columbus monkey the dik-diks, reedbucks, duikers, grantee and Thompson gazelles, Maasai giraffe, hippos, warthogs bat-eared foxes. There are also millions of strong flocks of flamingos, Cranes and other multitudes of bird life which keep on migrating from Europe to the region in March to May flooding national parks and reserves with beauty that can't be ignored.

You will be able to appreciate the un-interfered with culture especially of the Maasai, the Swahili at the coast, the Rendille, Borana, Pokot, Samburu and their ways of dressing, building of houses called 'Manyattas', various festivals like food festivals, Christmas, Idd-ul-fitr and Ramathan, the drummers (traditional) and traditional songs, way of dressing, eating and dancing. All these cultural attractions are combined in Bomas of Kenya where you can see Kenya's diversified culture that makes it fascinating. Here, various aspects of Kenya culture are displayed including their crafts.

Breakfast, lunch, and dinner will be provided during this safari.

African Breeze Tours has a variety of car-hire services to offer depending on your needs i.e. where you are and where you would like to use the car; be it within the city center or outside. The offer of these cars ranges from Toyota Rav4, Nissan nine-seater, Toyota nine-seat 4x4, 25 seater coach, Pajero intercooler to four-wheel drive in case of rainy seasons.

Various forms of sporting activities are organized which includes; balloon safaris which can be organized on request and can be arranged on safari in the Maasai Mara as side-excursion or prior to the main tour, mountain climbing on Mount Kilimanjaro in Tanzania and Mount Kenya in Kenya - Africa's highest and second highest mountains respectively. Water sports like; rafting, goggling, swimming, fishing, cruise expeditions. There are also safari rallies being special sports in East Africa.