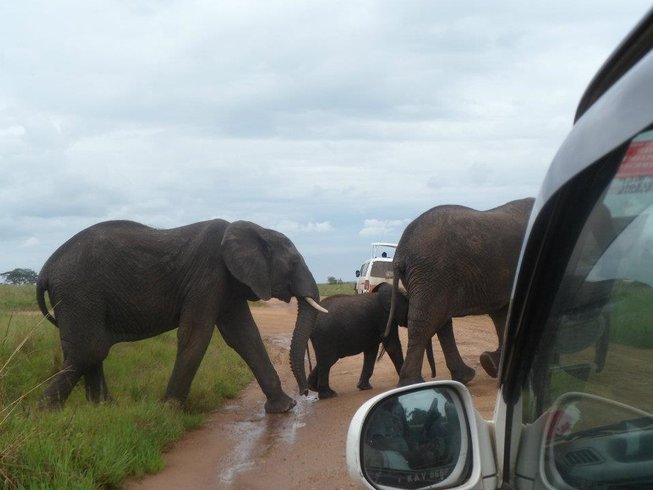 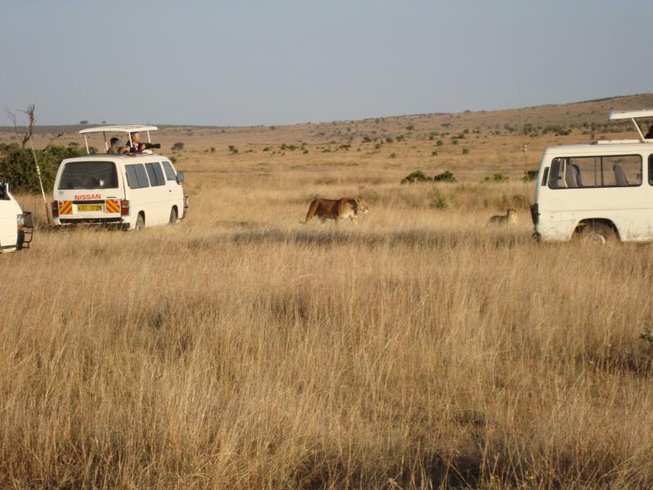 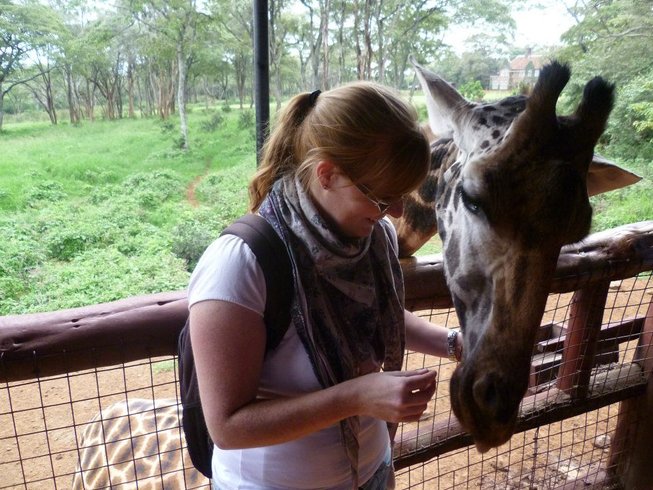 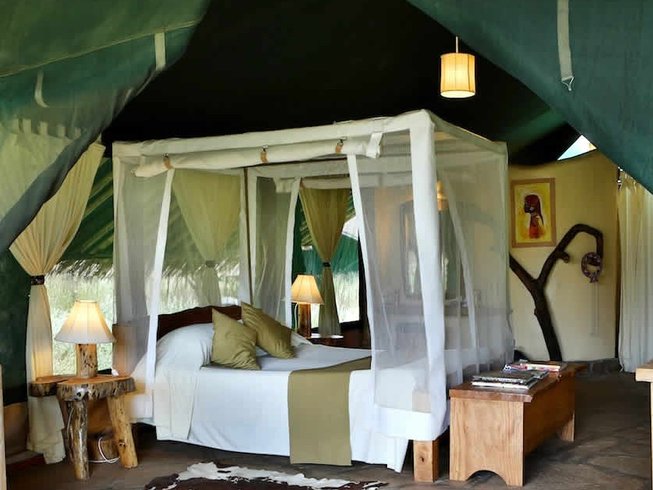 This family African safari holiday is ideal for parents traveling to Africa with their children/kids especially for a summer holiday in the year 2020. This unique and exciting 2020 summer holidaysafari has practical activities that will enable your children to interact with nature and the locals.

Moreover, the activities that are ideal for children will include but not limited to visiting an elephant orphanage, visiting giraffe center, boat ride, and games drives in Kenya's spectacular nature reserves among others. Join this safari with African Authentic Safaris Ltd and embody your 2020 dream summer holiday vacation with your family in Kenya East Africa!

Kenya Comfort Hotel is situated next to Arusha / Moshi shuttle drop-off. It is within a walking distance to Kenyatta International Convention Centre (KICC) and University of Nairobi. This is a budget property in the best location within Nairobi city center with all en-suite compact budget, standard, and superior rooms. Cleanliness and service are their trademarks.

Kibo Safari Camp is a luxury tented camp in Amboseli National Park at the foot of Mount Kilimanjaro, the highest mountain in Africa. It has 73 self-contained tents for single, double, triple, and family accommodation. The beds have been custom designed and locally made using bush logs and will ensure a good night’s sleep. All tents have flush toilets, showers, and wash basins. You can enjoy your shower as you like such as bubbling hot or refreshing cold. For the duration of your stay in the African bush, Kibo Safari Camp will be your home away from home.

is located at the world famous Maasai Mara Game Reserve in the South Western part of Kenya. It’s located 4 km from Sekenani main gate and 10 minutes drive from Siana Springs Air strip.It is 255 km from Nairobi, 1-hour flight from Nairobi, and a 4 hour’s drive from Nairobi on the new tarmac road.The lodge is spread on 30 acres of land, uniquely laid out over the sprawling grounds that include rolling manicured greens, a virtual mini forest of indigenous shrubs and exotic trees, a large swimming pool overlooking the lodge bonfire, the main restaurant and bar. The lodge has 42 classic tents, 36 cottages, a main restaurant, bar and several dining options.

Upon your arrival at Nairobi's Jomo Kenyatta International Airport (NBO), you will be met and greeted in African Authentic Safaris Ltd's traditional style by their representatives, then you will be transferred to your city hotel. Later this evening you African family safari holiday tour manager will brief in rediness to your dream safari with your family. You will overnight at Ibis Hotel or equivalent.

After breakfast, you and your children/ kidswill be crowned in the morning by having a worthwhile visit to Daphne's Orphanage to see the humanitarian care and the heart it takes to rehabilitate baby elephants and other wildlife who have lost their mothers to death, injuries, getting lost, or other tragedies. It will be the closest you and your family can get to an elephant or rhino safely. From here, you will proceed to the Giraffe Centre - a wildlife conservancy and home of "Daisy" the Rothschild's giraffe who starred in the film "The Last Giraffe". In this center, you and your children/kids can feed and observe the giraffe while they are roaming freely from a raised platform. You will overnight at Ibis Hotel or equivalent.

After breakfast, you and your family will depart for Amboseli National Park on the slopes of Mount Kilimanjaro. Lunch will be followed by an afternoon game-viewing drive with the photogenic snow-capped Mount Kilimanjaro in the background. Dinner and overnight will be at Kibo Safari Camp or equivalent lodge.

After breakfast, you and your family will be driven towards Lake Naivasha which is one of the fresh lakes in the Rift Valley. Later, you and the family will arrive in Naivasha in time for lunch at the famous Carnivore Restaurant. After lunch, you will proceed to Naivasha and together with the family take a boat ride in Lake Naivasha. Later transfer to your hotel near lake Elmentaita. Dinner and overnight will be at Sentrim Elmentaita Lodge or equivalent lodge.

After breakfast, you together with the children will be driven to the Maasai Mara National Reserve that offers wonderful scenery and plenty of game. It is perhaps the only region left in Kenya where the visitor may see animals in the same super-abundance as existed a century ago. You will arrive for lunch at your lodge then have an afternoon game drive until sunset. Meals and overnight will be at AA Lodge or equivalent lodge.

You and your family take an early breakfast followed by an exciting full morning game-viewing drive including a visit to Mara River to view the hippos. In the early morning, you and the children can too have an optional balloon ride with champagne-style breakfast. You will spend the whole day in Maasai Mara with morning and afternoon game drives. Meals and overnight will be at Mara Springs Safari Camp or AA Lodge or equivalent lodge.

Day 8: Back to Nairobi (departure)

After breakfast, you and the family will be driven to Nairobi which is Kenya's colorful capital city. Lunch will be enroute in Narok. Later,you will be transferred to your hotel or Jomo Kenyatta International Airport (NBO) for your onward arrangements.

Kenya is one of the only a handfuls of countries in Africa that have the greatest wildlife diversity in the world including all the Big Five games like lions, leopards, rhinos, elephants, and cape buffaloes. In addition, Kenya is home to the United Nations Environmental Program's world headquarters, the center for humanitarian relief operations, and guardian to three world heritage sites including Central Island (Lake Turkana), Sibiloi National Park / Koobi Fora (Lake Turkana), and Mount Kenya.

Amboseli National Park is located in Loitoktok District, Rift Valley Province of Kenya. The ecosystem mainly savannah grassland that spreads across the Kenya - Tanzania border. The park is famous for being the best place in Africa to get close to free-ranging elephants among other wildlife species. Other attractions of the park include the opportunities to meet the Maasai and spectacular views of Mount Kilimanjaro. Amboseli National Park is home to wild animals which include the African elephant, buffalo, impala, lion, cheetah, hyena, giraffes, zebra, and wildebeest among other African animals.

There is also a host of Kenyan birds both large and small to see if you keep your eyes open and stop at every sighting. Amboseli National Park is accessible whether you use your own vehicle, take public transportation, or book an open-topped minibus or safari van tour with a tour guide. The road from Nairobi to Namanga (240 kilometers / 149 miles) is tarmac but becomes rough with potholes. A chartered light aircraft may land at the airstrip at Empusel Gate while other airstrips exist at Namanga and Kilimanjaro Buffalo Lodge. Here, you can also book a scheduled flight departing from Nairobi to Amboseli.

Rainfall in the ecosystem increases markedly along a southeast-northwest gradient, varies in space and time. The Maasai Mara National Reserve (also spelled Masai Mara and known by the locals as "the Mara") is a large game reserve in southwestern Kenya which is effectively the northern continuation of the Serengeti National Park game reserve in Tanzania.

All meals and drinks are not included in your 2020 family summer holiday safari, in Nairobi we have Bed & Breakfast, on safari we have full Board. On the last day of your African family safari holiday can enjoy optional lunch at Carnivore Restaurant which barbecue experience is also described as "meat eaters paradise" and it may become your Africa's greatest eating experience. In Kenya, standards of hygiene in hotels and lodges are high.

Salads are safe at international hotels and lodges and fruits you can peel are the safest to eat. Tap water in Nairobi is not safe to drink, use bottled water. Ice too is safe in Nairobi. However, if you are outside of Nairobi, please purchase mineral water or use filtered water found in carriers in most hotels and lodges. The local Kenyan beer is an ideal thirst quencher too.

Please book your flight to Jomo Kenyatta International Airport (NBO). Transfer from and to this airport is included. African Authentic Safaris Ltd will pick you up from the airport.

Most of African Authentic Safaris Ltd's safaris exclude international / inbound flights. Therefore, before departure, you will be required to buy an appropriate flight ticket to and from your tour destination.

Please double check your flight departure and arrival day, time and flight number, and ensure that African Authentic Safaris Ltd is supplied with these details well in advance. These details will be very important to facilitate your arrival meet and greet service to start the 2020 family summer holiday with your children/kids.