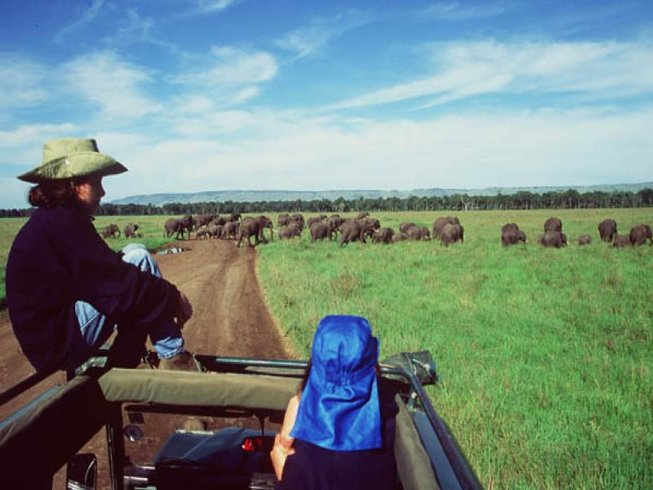 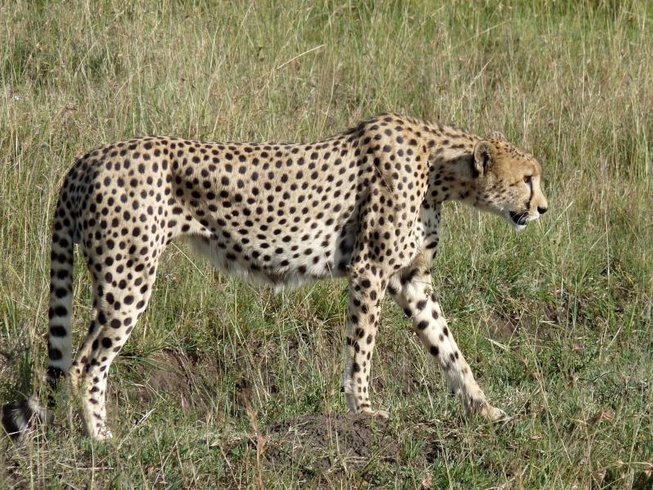 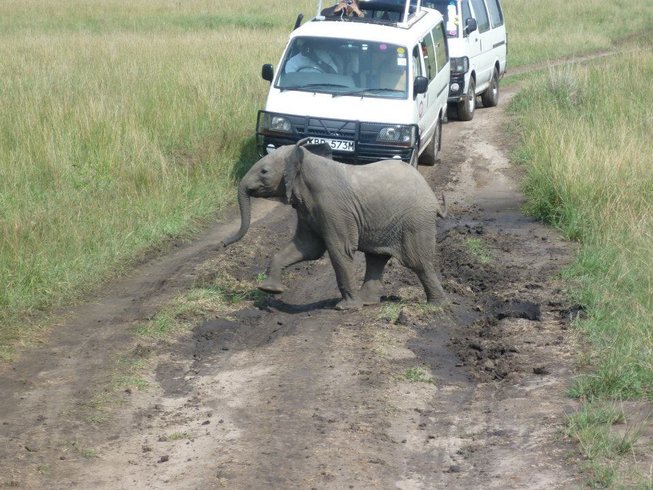 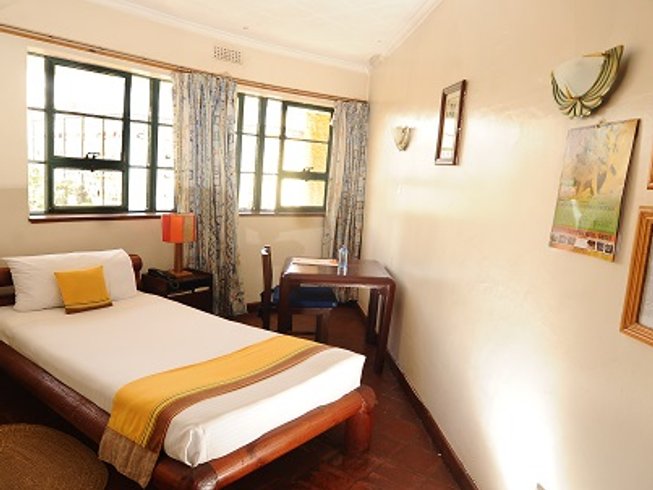 The Maasai Mara open grassland is home to almost every species of East African wildlife including lions, elephants, rhinos, buffaloes, wildebeests, gazelles, and zebras. This is one of the most spectacular sights in the world. Today you will also encounter and learn about the Masai, a proud tribal people struggling to preserve their traditions in the face of modernization. At sunset you will visit a section of the Mara River where you can hope to see many hippos.

Kenya Comfort Hotel is located in the best city center location, at the Junction of Muindi Mbingu / Monrovia Street, opposite Jeevanjee Gardens, Nairobi. The hotel is directly opposite Arusha / Moshi shuttle drop-off. Within the vicinity are five-star hotels, national theatre, University of Nairobi, and Kenyatta International Convention Centre (KICC).

Kenya Comfort Hotel offers a selection of 91 rooms ranging from spacious superior to the compact standard and budget rooms. All rooms have natural lighting, fresh air, compact attached bathrooms, mosquito nets, and premium hotel quality spring mattresses. The standard and superior rooms have wardrobes and televisions. On the rooftop, they have scenic sun lounge and from which you can have an impressive view of the Nairobi City. Their sauna and steam facilities are on the seventh floor.

Mara Springs Safari Camp is authentically designed and strategically positioned on the foot of Naunare Hills in a prime game viewing area with spectacular landscape alongside the forested banks of Sekenani River. It is located only three kilometers from the main entrance of the Maasai Mara Game Reserve. The camp derives its name from the underground springs that supply flowing water to the site.

Mara Springs brings you very close to nature. You can sleep under canvas in their furnished mid-luxury tents with beds and beddings or pitch your own tent on the well-shaded campsite. Their exclusive self-contained tents are fully furnished and offer a more comfortable stay. The tents are spacious and well secured. Accommodation is on full board basis in these tents during the peak seasons. This tent is a good option for a two-star lodge facility. To meet varied accommodation demands, they provide tents in either singles, doubles, triples or as per family specifications.

On arrival into Jomo Kenyatta International Airport you are met by our representative and transferred to Kenya Comfort Hotel or similar. Day free for orientation and safari briefing. Overnight stay at the Tamarind Tree Hotel or similar (Bed and breakfast).

After breakfast, you will drive to the Maasai Mara National Reserve that offers wonderful scenery and plenty of game. It is perhaps the only region left in Kenya where the visitor may see animals in the same super-abundance as existed a century ago. You will arrive for lunch at your lodge. Then, you will get an afternoon game drive until sunset. You will get dinner and overnight at dinner and overnight at the AA Mara Lodge or equivalent. Full board.

Early breakfast is followed by an exciting full morning game-viewing drive including a visit to Mara River to view the hippos. You can also get early morning optional balloon ride with champagne-style breakfast. You will spend the whole day in Maasai Mara with morning and afternoon game drives. You will get dinner and overnight at the AA Mara Lodge or equivalent. Full board.

After breakfast, you will drive back to Nairobi, Kenya's colorful capital city arriving at around midday. African Authentic Safaris will drop you at your hotel, airport, or agreed point.

During this safari, African Authentic Safaris will take you on a city orientation tour if the time permits.

Kenya is one of only a handful of countries in Africa having the greatest wildlife diversity in the world including all the Big Five game (lion, leopard, rhino, elephant, and cape buffalo). In addition, Kenya is home to the United Nations Environmental Program's world headquarters center for humanitarian relief operations and guardian to three world heritage sites which are Central Island (Lake Turkana), Sibiloi National Park / Koobi Fora (Lake Turkana), and Mount Kenya.

Kenya is currently the leading safari destination in the world. Kenya has a good network of safari lodges and African Authentic Safaris uses them for outdoor activities. Most safaris lodges in Kenya offer internationally acceptable standards of service and cuisine. They have selected the safari lodges carefully to ensure you visit the best wildlife spots. Just like in the good old days, you will travel from one safari lodge to another with the exciting daily game-viewing activities.

The Maasai Mara National Reserve (also spelled Masai Mara and known by the locals as 'the Mara') covers 1,510 square kilometers (583 square miles) in south-western Kenya. It is the northern-most section of the Mara-Serengeti ecosystem, which covers some 25,000 square kilometers (9,700 square miles) in Tanzania and Kenya. It is bounded by the Serengeti National Park to the south, the Siria escarpment to the west, and Maasai pastoral ranches to the north, east, and west. Rainfall in the ecosystem increases markedly along a southeast-northwest gradient, varies in space and time.

However, if you are outside of Nairobi, please purchase mineral water or use filtered water found in carriers in most hotels and lodges. The local Kenyan beer is an ideal thirst quencher too.

On the third day, you can opt for an early morning balloon ride with champagne-style breakfast at an additional cost.

Please book your flight to arrive at Jomo Kenyatta International Airport (NBO). Transfer from and to the airport is included. African Authentic Safaris Ltd will pick you up from the airport.