15 Days Mega Birdwatching and Photography Safari in Ghana
This listing has no upcoming availability. Check out these similar experiences 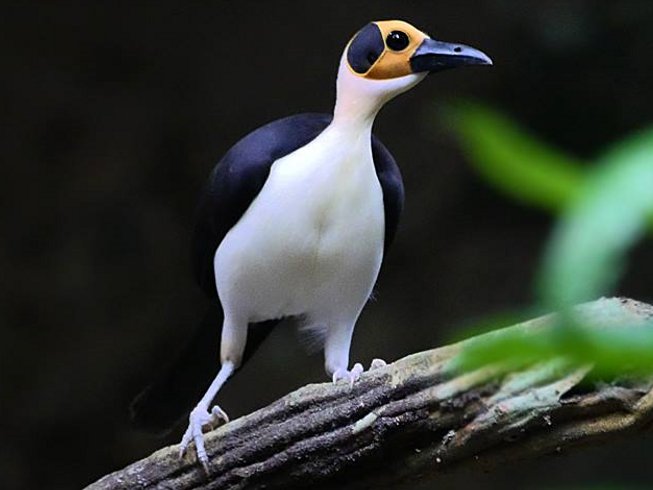 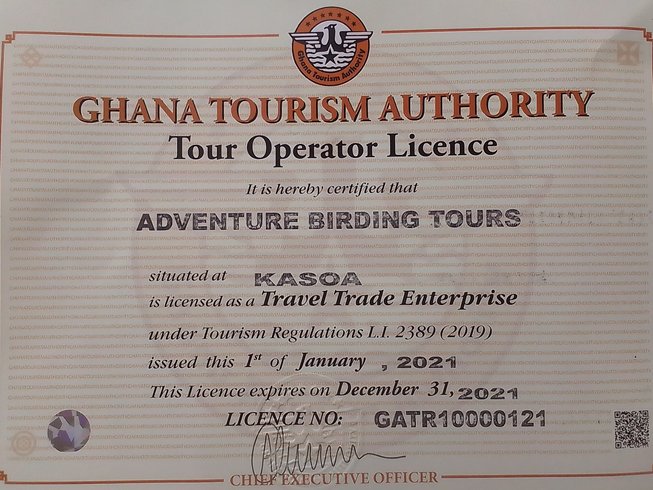 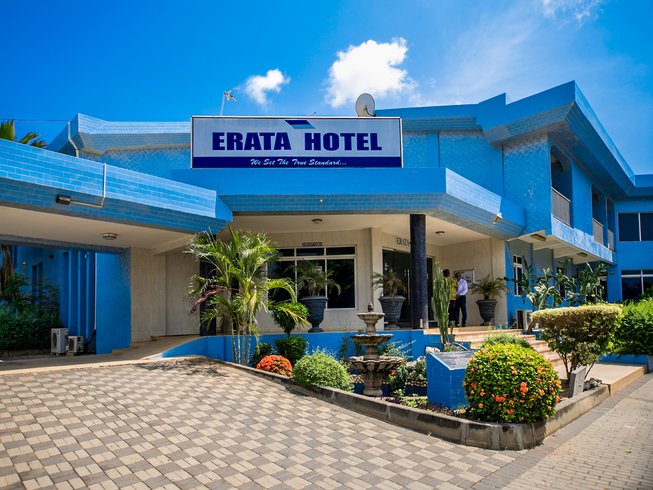 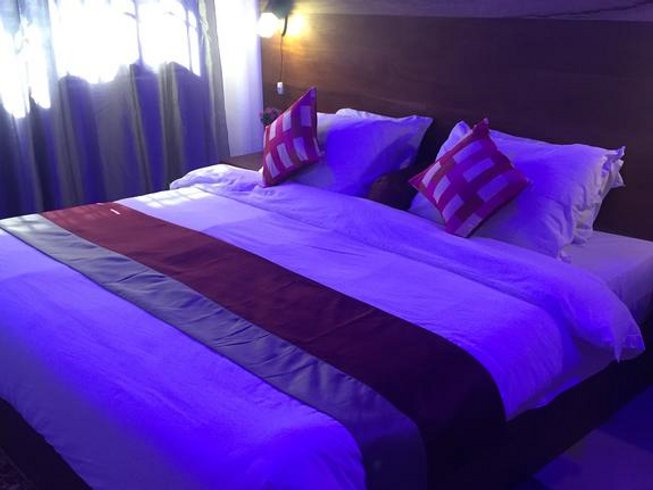 (No availability) 15 Days Mega Birdwatching and Photography Safari in Ghana

Adventure Birding Tours Ghana invites you to come to this incredible safari and see the magnificent birdlife of Ghana. In this safari, you will be moving inland and find excellent Upper Guinean rainforest-protected areas as well as the broad-leaved guinea woodland and savannah plains in Northern Ghana - and it's not only that. You will also have the chance to visit the world-famous Kakum National Park and the prehistoric Picathartes site for good-quality shots. Join this safari and enjoy birdwatching safari like you never had before!

Upon arrival, you will be met by Adventure Birding Tours Ghana's guide who will welcome you and transfer you to a bird friend hotel for a good night's rest and prepare for your 15 days long marathon bird and photography tour.

Furtheremore, sightings of curlew sandpiper, sanderling, black-tailed and bar-tailed godwit, pied avocet, green-backed and purple heron, black crake, common moorhen, Kentish plover, and more will be seen here as well. After the tour, you will then proceed to Muni Lagoon and Winniba plains to add some more species to your list before making your way to Cape Coast.

After an early breakfast, you will set off for the world-famous canopy walkway at Kakum National Park which is the leading destination for birdwatching in Ghana. A wonderful world of amazing canopy species will wait you out there. You can hope to get their early hours to see the first light and record the first species that will fry out. Your day will bring out black dwarf hornbill, violet backed hyliota, white-crested hornbill, Congo serpent eagle, Cassin's hawk-eagle, long-tailed hawk, brown-cheeked hornbill, and red-cheeked wattle-eye.

The key target for the day is the Nkulengu rail and you will be going all out to locate this rare species in the early morning hours. You will be searching for many Upper Guinea endemics such as Hartlaub's duck, white-breasted guineafowl, yellow-casqued hornbill, African finfoot, shining blue and white-bellied kingfisher, Cassin's flycatcher, red-billed dwarf hornbill, olive long-tailed and dusky long-tailed cuckoo, great blue turaco, white-throated greenbul, rufous-winged illadopsis, rufous-sided broadbill, shining drongo, forest robin, red-fronted antpecker, red-headed quelea, as well as armelite and Reichenbach's sunbird.

You will enjoy a final morning of birding at this wonderful location. You will be targeting species you may have missed or would like to get better-quality images. After a full morning of birding, you will return to the lodge or camping site to arrange your bags and enjoy lunch before heading back towards Cape Coast. Other species to see today will include red-tailed bristlebill, white-bellied and shining blue kingfisher, African finfoot, Cassin's Flycatcher, red-billed dwarf hornbill, black bee-eater, Latham's forest francolin, red-fronted parrot, Cassin's hawk-eagle, black dwarf hornbill, and much more.

Today will be the big day. You will be visiting the white-necked rock-fowl nesting site, so please make sure that you have enough memory cards. You will check out of the hotel after an early breakfast and set off for Aboabo Road where you will be searching for some key species you missed at Kakum National park and get better views of them. After Aboabo, you will make your way to Bonkro Village. It could be hard to contain your excitement as these legendary prehistoric-looking birds will hop and jump on the rocks while preening themselves just meters from your eyes, giving photographers among you a busy time for the day. Later, you will continue your journey to Kumasi after you enjoy your target bird.

Today will be another important day for you as you will see your second target species in the trip. You will go to a well-known habitat for much sought-after Egyptian plover which is a family by itself. You will be scanning the Opuro Forest for many species that you missed out in other areas including superb sunbird, lesser morehen, grey-headed bristlebill, fiery-breasted bush-shrike, black sparrowhawk, northern puffback, hamerkop, blue-headed coucal, northern red bishop, little grey flycatcher, wood warbler, common chiffchaff, broad-billed roller, long-tailed hawk, lesser honeyguide, scarlet-chested sunbird, pied flycatcher, yellow-rumped tinkerbird, village indigobird, common house martin, Cassin's spinetail, northern crombec, lizard buzzard, as well as black and white flycatcher.

After an early breakfast, you will set off for an interesting forest in a transitional zone between the southern wetter forests and northern drier woodland habitats where you will find some quality species. It will be one of the difficult birding sorties you may take in this tour but you will be happy with the walk when you get to see many regional specialties within close ranges. Species possible to see and photograph here will include Abyssinian ground hornbill, Denham's bustard, Forbes's plover, four-banded sandgrouse, banded and brown snake eagle, Egyptian vulture, martial eagle, white-headed vulture, African scops owl, and white-faced owl.

You will have a final morning of birding at Mole National Park where you will aim to pick up species that are still needed and to also get better views of birds which you only had glimpses previously. Birds that you could add to your list before leaving Mole National Park will include woodchat shrike, bush petronia, familia chat, bateleur, northern red bishop, pearl-spotted owlet, yellow-crowned gonolek, rose-ringed parakeet, Senegal parrot, black-billed wood dove, vinaceous dove, woolly-necked, saddle-billed, and black storks, yellow-throated leaflove, red-headed lovebird, and others to mention a few before you set off to Kumasi.

Kwame is a highly experienced tour guide and has led tours for many companies in Ghana. His love of birds of Ghana and his identification skills of the birds of West Africa are extraordinal and exceptional as his knowledge of where to find them.

This safari will take place in Ghana, starting from Shai Hills and Sakumono Lagoon in Greater Accra Region as well as the Winniba plains. You will feather scanning the Upper Guinea rainforest of Kakum National Park in the Central Region of Ghana. Nsuta and Ankasa Forest will not be left out in the Western Region as well as visiting Bobiri Forest in the Ashanti Region. Atewa Range in the Eastern Region of Ghana will be scanned too. Your tour will allow you to visit Mole Motel in the northern part of Ghana to see a great number of savannah birds and mammals.

Ghana, with over 760 species of birds, is an ideal West African birdwatching destination as you could cover all of the West African core habitats that include coastal lagoons and saltpans. Ghana has 12 of the 15 Upper Guinea endemic bird species recorded. The country is politically stable and has well-developed infrastructure that is possibly the finest in West Africa. The star attraction here is the yellow-headed picathartes, Egyptian plover, and the world-famous Kakum National Park rainforest's canopy walkway which will wet the appetite and make your tour enjoyable.

Clean and hygienic food will be served at all the hotels you will stay in to prevent any contamination or food poisoning.

Please book your flight to arrive at Kotoka International airport (ACC). Transfer from and to this airport is included. Adventure Birding Tours Ghana will pick you up from the airport.

When you arrive at Kotoka International Airport (ACC), Adventure Birding Tours Ghana's guide and driver will welcome you and transfer you to the hotel.