6 Day Budget Safari in Khaptad National Park, Nepal
This listing has no upcoming availability. Check out these similar experiences 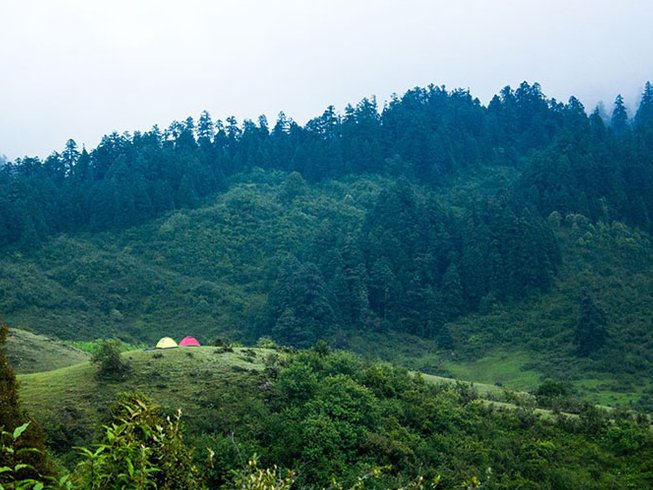 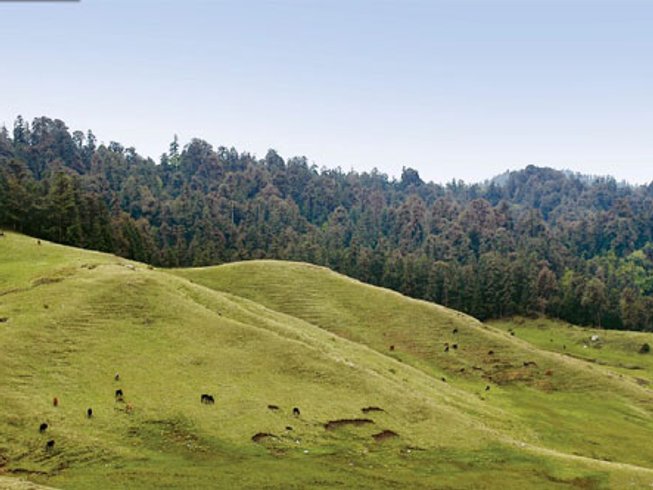 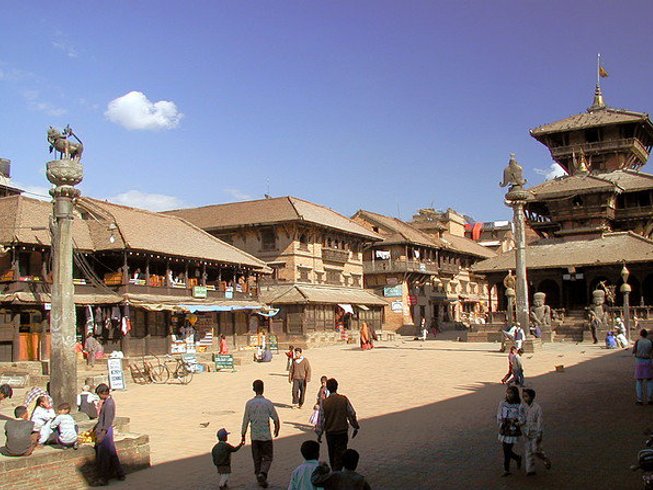 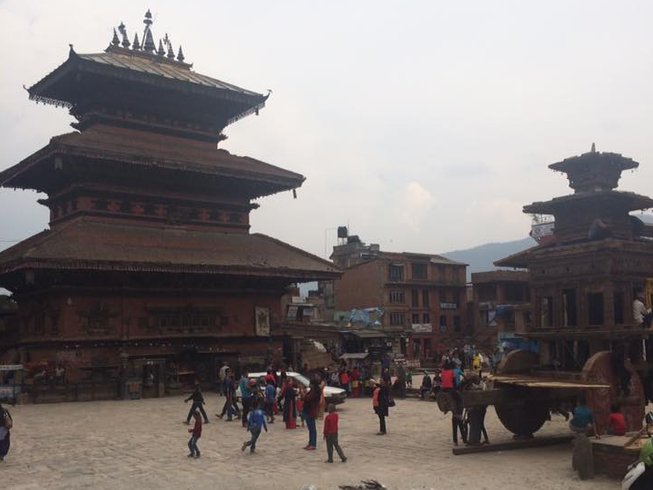 Join Across Himalaya in a safari in Khaptad National Park that will give you an authentic safari experience in Nepal! Nepal is famous for its summit trekking and hiking but this safari will give you another view of Nepalese wildlife. Known for its medicinal herbs, the park has 224 species of medicinal herbs. The park which covered by beautiful oak and rhododendron forests is home to 270 species of birds, Himalayan black bear, and other wildlife you have to discover for yourself.

During this safari, you will be accommodated in Sanphebagar for the first night, three nights in Khaptad National Park, Dhangadi for the fifth night, and for the last night, at a hotel in Kathmandu, Nepal. During your stay in Khaptad National Park, Across Himalaya uses hotel and homestay. Modern hotel / resort is not available so that they normally use an army camp inside the national park or a local homestay outside the national park.

After breakfast, you will drive to Naini. Then, you will have a lunch and walk along the Khaptad National Park. You will have a night stop at Naini and get to taste dal bhat tarkari for dinner (typical Nepali's foods supplied by Across Himalaya staffs).

Today, you will explore Khaptad National Park and stay overnight at Tribeni.

You will explore Khaptad National Park and stay overnight at Bajhang.

This Khaptad National Park program is ended and you will get back to Dhangadi about seven hours' drive. You will have a night stop at Dhangadi.

You will fly back to Kathmandu and overnight at a hotel.

Nepal, the tiny Himalayan country that lies in South Asia and sandwiched between two giant neighbors, China and India, is named after Kathmandu, the capital city of the country. Nepal is an exciting jumble of fascinating land of ancient history, vibrant culture, and tolerant people. It is one among the richest county in the world in term of bio-diversity due to her unique geographical position and altitude variation. Although Nepal is a small country of around 147,181 square kilometers, it contains a huge variation in altitude from the Terai at near sea level to the highest point on earth, Mount Everest at 8,848 meters.

Nepal was concealed in mystery until the 1950s when its borders were first opened to the outside world. Nepal has now become a very exciting travel destination among the travelers around the globe and famous in the world as the country of the third pole where Lord Buddha ‘Gautama Buddha’, the founder of Buddhist religion, was born about 2,600 years ago.

Nepal is also known as the home of Gurkhas, the roof of the world, the land of legend and beauty, the country of white coal, etc. The Nepalese people always welcome their visitor with smiling face and 'namaste' to their unique Himalayan country. The whole country is cradled at the base of magnificent Himalayan peaks which make it a land of fascination, a place to return again and again to visit new friends and to explore the next base camp or summit.

Khaptad (225 square kilometers) is an isolated massif reaching 3,100 (meters) and lies in far western Nepal, south of the main Himalayan chain. Beautiful oak and rhododendron forests cover the slopes and the rolling plateau on top consists of coniferous forests interspersed with grasslands. There is an interesting variety of bird species present, including the satyr tragopan pheasant and great parrotbill. The meadows are covered in a mass of flowers in spring and summer. Khaptad is nationally renowned for its medicinal herbs.

The park boasts 224 species of medicinal herbs and 270 species of birds. The common bird species in the national park are Impheyan pheasant, partridges, flycatchers, bulbuls, cuckoos, and eagles. Animals found in the park are barking deer, wild boar, goral, Himalayan black bear, yellow-throated marten, rhesus monkey, and langur monkey. The national park also offers pilgrimage at Tribeni on the way to its headquarters. There are several historical temples surrounding this area and an annual celebration of Ganga Dashhara is held here on Jyestha Purnima.

Breakfasts, lunches, and dinners will be served for you. You will get to taste dal bhat tarkari (typical Nepali's foods) for dinner on the second day.

Please book your flight to arrive at Silgadhi Airport (SIH).

The easiest access is to fly to Dipayal or Chainpur or Sanfebagar or Kolti from where it is a few days hike to the national park. It is also possible to drive to Silgadi from Dhangadi.