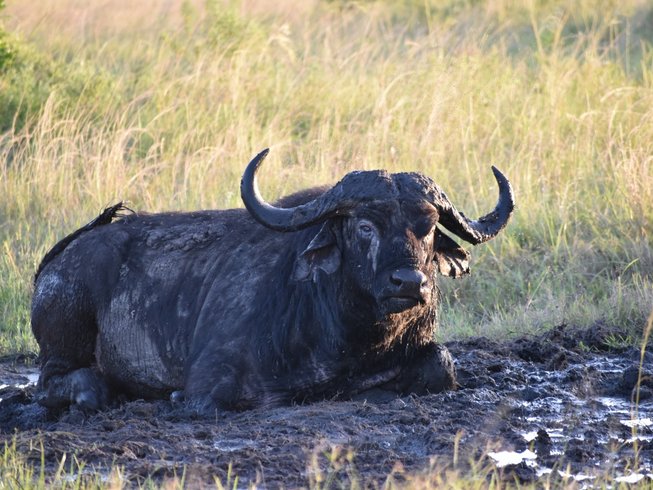 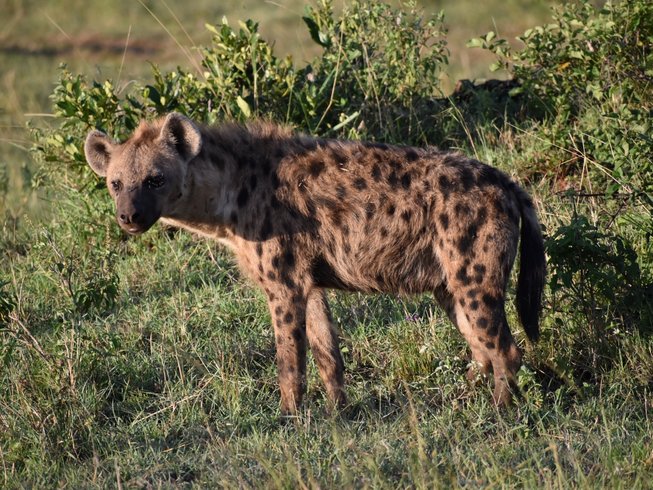 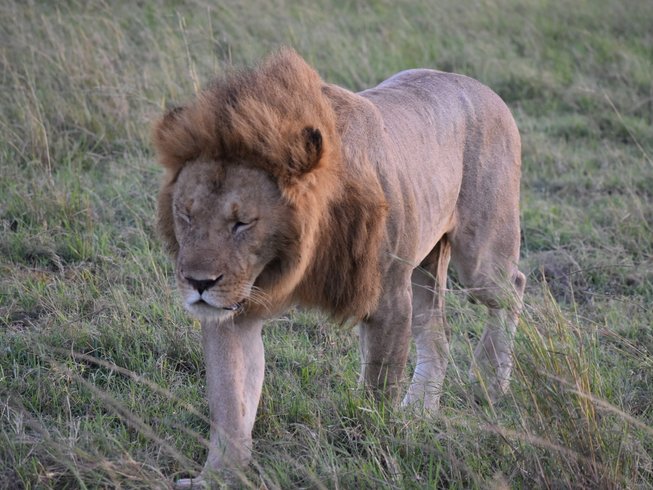 Login to save to your favorites
“Enjoy the best of Kenya and Tanzania safari!”
​
Photo
all media

The Best of Tanzania and Kenya Safari

Welcome to Absolute Holiday Safaris Ltd and enjoy their hospitality as they crate great and awesome moments for wonderful memories in life! During this holiday, you can get the best of Kenya and Tanzania safari. Enjoy the breathtaking wildlife as you explore Masai Mara, Lake Nakuru, Serengeti National Park, and Ngorongoro Crater.

There are permanently fixed tents . In Maasai Mara,accommodation is at Miti Mingi Eco Camp. The tents are self contained with all beddings, attached modern toilet and hot shower. In Nakuru, the clients will stay at CityMax Hotel,a good budget hotel. Both accommodation properties are located outside the game reserve and the National park but with a quick access to the main gates.

Accommodation can be upgraded to a mid range option at client's request and at extra cost as per the selected accommodation property.

Absolute Holiday crew will arrange your pick up either from the airport or your Nairobi hotel and transfer you to the office, where you will be introduced to the driver guide and other group members. By 8:30 a.m. or 8:45 a.m., you will depart for Maasai Mara with the first stop at the view point of the Great Rift Valley escarpment wall. Later, descend the escarpment and travel on to Narok town for an early lunch. You will arrive at Miti Mingi Eco Camp at around 3 p.m. Check-in followed by an evening game drive till sunset. Dinner and overnight will be served at Miti Mingi Eco Camp or similar.

Breakfast at the camp before leaving the camp at 8 a.m. with a packed lunch for an extensive 8-hour game viewing. Maasai Mara game reserve has the highest number of different species and you will be lucky to see hundreds of them. A game drive to Mara River is compulsory. During migration time, you will beimpressed by it, otherwise, you will see crocodiles and hippos at the river.

You will have a picnic lunch inside the park and then continue with the game drive till 5 p.m. You can leave the camp for a 2-hout optional activity or relax at the camp. Take a nature walk with Maasai warriors or visit the Maasai village. Dinner and overnight at the camp.

Early morning game drive from 6:30 a.m. to 8:30 a.m., when you will go back to the camp for a full breakfast. Check out and leave Maasai Mara region for Lake Nakuru with lunch en-rourte, View of Mount Longonot and optional activity at Lake Naivasha if interested. You will arrive Nakuru Town in the evening. Check in at Citymax Hotel Nakuru or similar for dinner and overnight.

After breakfast at the hotel, drive to Lake Nakuru, famous for the endangered Rhinos and the flamingos. Sometimes, the flamingos are not that many, but you definitely see the Rhinos among other Big Five. Lake Nakuru is not a big park and within 4 hours you will have seen enough.

Later, leave the park with lunch en-route and drive back to Nairobi, arriving before 2 p.m. to catch the shuttle bus to Arusha. You will spend the night at Stereo Hotel Arusha bed and breakfast. Dinner at your own expense either at the hotel or at a nearby restaurant.

Serengeti is located on the northern part of Tanzania and is widely known for the massive annual migration of the wildebeest and Zebras, which move from one point to another in search of new grazing pasture. Some cross the crocodile infested Grumeti River while others veer northeast to Lobo Hill’s, home of the black Rhino and black eagles.

After early breakfast at your hotel, meet the guide for briefing then depart Arusha for Serengeti arriving in time for lunch. You will have time for a little siesta followed by an afternoon game drive till sunset. Dinner and overnight served at Seronera Campsite.

Early morning game drive from 6:30 a.m. or have breakfast and leave for a game drive were you will track the various animals that inhabit in this park. At around 10 a.m. or 11 a.m., leave Serengeti via Olduvai Gorge Museum to Ngorongoro Conservancy Area. Arrive at Ngorongoro area later in the evening for dinner and overnight at Simba camp.

Breakfast at the camp before leaving for a 6-hour game drive at the crater, Ngorongoro is a conservancy area and all the vehicles are allowed to spend only 6 hours as per the Tanzania Ministry of Tourism. Descend the crater with game viewing, this is one of the seven wonders and we are sure you will really enjoy the game drive. Ngorongoro hosts the remaining few Black Rhinos and thousands of other animals may also be seen here, Have Picnic lunch at the crater rim before ascending to the gate and driving back to Arusha town late in the evening. Drop off at Stereo Hotel bed and breakfast.

After breakfast, you will be transferred by shuttle bus back to Nairobi. you have the option either to catch the morning shuttle or the afternoon shuttle. Upon arrival at Nairobi, you will be dropped at the airport or a hotel in Nairobi.

Patrick's an adventure guide and the top senior guide with a travel tour agency in Nairobi. He received schooling and training at Utalii College where he was approved as a guide. He began working as a city guide and upgraded to a full guide shortly thereafter. He enjoys sharing knowledge of different species of animals and birds with others. Among the organization guides, he's proud to have the first priority to lead groups as a guide and take them into the wilderness. He is very informative and responsible, the company trusts him with all clients as they are ensured everyone is in safe hands.

A Kenya-born adventure guide, he is a great guide who does his job with passion. He's always ready to make his services available with a clean and open heart to all clients. He has a great deal of knowledge of cultural activities, animals, birds, and the Kenyan topography. His office co-workers are proud of him as per the services he offers to clients and the great role he plays in the organization. The company chose him from his work with many tour operators and because of his good records. The people at the agency trusts him with clients as they are aware of his clients’ satisfaction.

This safari will take place in Nairobi, Maasai Mara Game Reserve, and Lake Nakuru in Kenya; and Arusha, Lake Manyara, Serengeti, and Ngorongoro Crater in Tanzania.

Daily meals (as specified in the itinerary) and drinking water are included.

Visit Maasai Mara Village to interact with the locals

Gratitudes to the safari crew

Cater for dinner for the Nights at Arusha Hotel

Please book your flight to arrive at Jomo Kenyatta International Airport (NBO). Transfer from and to the airport is included. Absolute Holiday Safaris will pick you up from the airport.